Criticism 1: I&I Is Inconsistent with the Reformed Faith 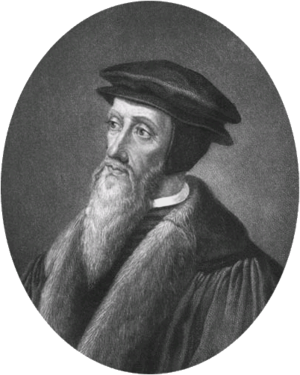 As for the former, I wish to make a similar point.

Let me first clear away a misunderstanding. It is my opinion that if, say B. B. Warfield or someone of that era, were to be handed in copy of I&I in their time and place, they would not pat me on the back and say job well done. My appeals to the Old Princeton and Dutch Reformed traditions have never been a strained attempt at justifying my own thinking. Rather, it is to show, by being in conversation with my tradition, that some of the intellectual inclinations of these men can provide a dynamic trajectory for handling issues in biblical scholarship that were either not front-and-center then or were wholly unknown.

A lot has happened since the nineteenth century. New issues in biblical scholarship have arisen, and older “liberal” positions have gained general acceptance, so much so that many evangelical scholars accept positions today that would have been branded heterodox several generations earlier (e.g., the viability of source criticism, the importance of ANE myth for understanding Genesis). This is neither modern arrogance nor selling out to the enemy. It is progress in thought and the recognition that a nineteenth century scholar would be ill equipped to address contemporary issues.

Hence, I do not see how disagreement with a past luminary of a tradition renders one wrong or out of bounds of that tradition, yet this very assumption seems to be at the heart of the arguments posed by some of my Reformed critics. Our quest, I would hope, is for truth, and the role that the Reformed faith can play in this quest. But if our intellectual efforts are geared towards defending a particular tradition for its own sake (or better, a particular understanding of a tradition—we should never neglect the hermeneutical dimension of such claims), we run the risk of losing sight of the primary place Scripture holds and the responsibility of those who study it.

A tradition is not the goal. A tradition is a purely human construct, and therefore flawed and marred by sin. The gospel is the goal. This holds for the Reformed faith. It is not the gospel, but it serves the gospel. It is not the truth, but serves the truth. Reformed Christianity is not Christianity “come into its own,” nor does it exist to “correct” other traditions or “hold the truth in trust” for the less fortunate. It is rather a powerful tool to help us arrive at ever more faithful expressions of the gospel.

I am somewhat miffed at how often “the tradition” is raised in and of itself as a legitimate criticism of I&I, as if the final court of appeal is what our tradition has said. To say, in effect, “So-and-so is wrong because he/she is arguing for a point of view not espoused by past figures,” is hard to accept as a serious rejoinder. It is problematic on numerous levels such as: (1) It leaves unanswered who exactly gets to define this tradition. (2) It assumes that diversity in a tradition is problematic. (3) It is essentially immune from counterargument (since “the tradition” is precisely defined and deemed unassailable). (4) It fails to recognize the ebb and flow in the human drama that movements of reform, over time, often find themselves in need of reform—what OT theologian Paul Hanson has called the “form/reform” pattern, evinced already in the OT itself (e.g., the gift of sacrifice becomes legalistic, addressed by some of the prophets). This is also expressed in the well-known description of the Reformed faith: “always Reformed, always reforming.”

The posture assumed by some of my critics gives “the” tradition a centrality that no tradition should ever be given. It also inhibits innovation and creativity, which are the marks of any vibrant and culturally engaged articulation of a tradition. (To anticipate a criticism, I am not saying that any innovation is fine for its own sake.)

I want to affirm that the gospel does not change. Still, I know of no other academic discipline where the past is allowed to determine present thought to the extent expected by some of my critics concerning the intersection of Biblical Studies and the Reformed faith.

The truth of the matter, however is that if past luminaries were suddenly to appear in the summer of 2008, they would need to spend considerable time ruminating over and learning about many of the fascinating developments in biblical scholarship since their time. As prodigious as their minds were, they would become students first, and so, I trust, would model a generally progressive posture as they did in their own time. They would have to come to grips with their partial understanding of some matters, and complete ignorance of others. Most importantly for the topic at hand, their thoughts would be as open to criticism as anyone else’s. They would, in other words, find themselves a part of an academic discussion, not the judge and jury over that discussion.

All of this is a subset of a basic issue that has accompanied both Christianity and Judaism since their beginnings, namely, how a foundational past connects to a changing present. This was the concern of the author of 1 and 2 Chronicles in the wake of the Exile, Second Temple Judaism’s struggles to maintain a Jewish identity amid Hellenism, and Christianity’s ever-present struggles in the face of contextualization. The issue is ubiquitous and complex, and cannot be solved as quickly as some have suggested. To discount I&I on the basis of its “failure” to be “consistent” with the past is not an argument but intellectual disengagement.