The problem is not religion or extremism — it’s hate

The problem is not religion or extremism — it’s hate September 13, 2012 Phil Fox Rose

As more details came out, it became clear that the anti-Mohammad video that sparked the protests is not new, and the creator of the film probably is neither American nor Israeli but a native Middle Eastern Christian. But the action that ignited the flame of unrest is squarely on our doorstep. It is the the decision of the vile American fundamentalist Koran-burning hate-monger Reverend Terry Jones to have a showing of the film on 9/11. When news of this planned showing spread through the media, thanks to supporters of his and reached the Middle East, that was the spark. Is a spark responsible for the fact that there is oil laying on the ground? No. But is it the cause of the fire? Yes. An angry mob is not a rational entity. But Terry Jones is, at least in a sense. His action was premeditated. He wants us to be at war with Islam. Terry Jones’ actions resulted in American deaths, sure as he yelled fire in a crowded theater.

Mitt Romney, who said at his convention he wished Obama’s economic plan had succeeded because he wants America to succeed (not that anyone believed that whopper), has now proven he’d rather Obama fail than America succeed. And this time it’s about lives, not dollars. When Romney grabbed partial and ultimately incorrect information from the internet and used it to denounce our commander-in-chief and State Department during an unfolding foreign crisis involving dead American officials, it was not a “mistake”; it was proof that either he is clearly someone without the inner compass to be commander-in-chief, or maybe that he knew it was wrong but is just really feeling desperate to win, which is perhaps worse.

Did Terry Jones or the documentary maker commit a crime? No. They exercised free speech. Our constitution defends the right of people to be offensive idiots. But as David Henson said, our belief in free speech does not mean we should be morally relativistic about it. Are Jones and the doc maker hateful destructive forces in the world? Yes. Should their actions be condemned? Of course.

But please be careful folks. Religion is not the problem here. Both religions involved, at their cores, teach love and unity. Extremism is not the problem. Extremists for love, extremists for fairness, extremists against prejudice, are fine. The problem is hate and division. Both Jones and some Islamic militants believe it’s us vs. them; they see their opponents are evil and less than human. That is the issue, and it can happen with or without religion. Responding with more hate gets us nowhere. The only long-term answer, and the teaching of Christianity, is to disarm people with love. Love them until they believe you. It’s a harder path, but it is the only way to break the cycle. Throughout the millennia, people have called this approach naïve, but I’m sticking with it. 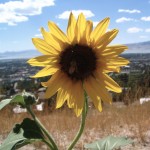 September 12, 2012
6 Tools to Maintain Your Spiritual Condition
Next Post 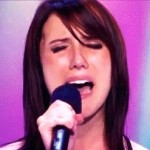 Should Christians Attend Same-Sex Weddings?
Faith Forward
Related posts from On the Way