My name is Phil Fox Rose and I’m a writer and editor based in Brooklyn, New York. I grew up in an ex-Mormon atheist home in New York’s Greenwich Village. Though my conservative science-loving father regularly mocked religion and radio preachers, he also took me on annual cross-county family camping trips and showed me the wonders of nature. Standing in awe before geysers, redwoods, mountains and canyons was the beginning of my spiritual journey. It continued through Quakerism, deep ecology, Buddhism and Catholicism. Now I’m a congregant, worship leader, cook and chair of the leadership team at St. Lydia’s, an awesome dinner church in Brooklyn, NY. And I continue to spend as much time in nature as possible. I haven’t disavowed any of the steps on my journey, but draw on them all, along with other traditions I’ve encountered, from Orthodox Judaism to Pentecostalism to Sufism to Zen.

After being exposed to contemplative practice in Quakerism and exploring it further in Buddhism, nearly two decades ago I was introduced by Rev. Cynthia Bourgeault to a Christian form of meditation called centering prayer which I continue to practice and teach. I have been coordinator for New York City of Contemplative Outreach, which promotes it.

Professionally, I have been a writer and editor for much of the time, with several national columns about technology and politics. In the early 2000s, I shifted my focus to writing and editing about religion and spirituality. In 2017, I became director of content here at Patheos, overseeing the hundreds of blogs, and helping curate the conversation on faith. Recently I was editor of ecumenical faith-based publishing house Paraclete Press. Lifting up new voices, offering useful resources, encouraging richness and depth in spiritual journeys — this is what gives me joy.

Also along the way, I’ve helped build a national political movement and run a political party; I’ve been a sheepherder and vegetable gardener; and I’ve worked as a videographer, software designer, stockbroker and downtempo radio DJ. A common thread in most of it — and yes, I found one — is the process of learning about stuff and then sharing that understanding with others. (More work stuff is here: philfoxrose.com.)

In On the Way, I talk about tools and ideas that help on the spiritual journey, and share reports and thoughts on just about anything that crosses my path. The Way has many meanings.

Related posts from On the Way 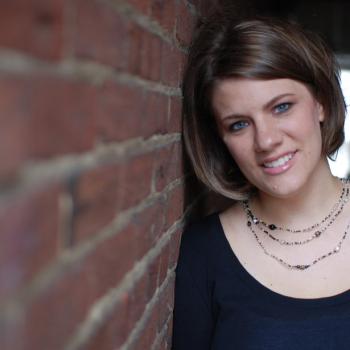