Religious Freedom in America Isn’t Threatened — Not Even Close 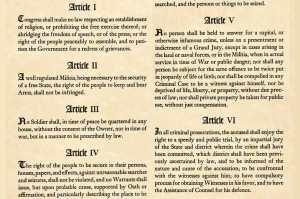 This month’s topic in the Patheos Public Square is: “Is Religious Freedom Threatened?” Please read and comment on my opinion, and read the others too. Here’s my response:

No. Not even close.

There are two dynamics at play in this idea that religious freedom (that is, Christian religious freedom) is under siege in America. The obvious one is in the various battles around individual laws and protections some folks want upheld or abolished. It’s an issue of rights and liberties and how they should be protected. Much more on that in a minute. The other dynamic, which is fueling the strong emotions, is that whether you believe it’s what the founders intended or not, structurally, the United States has been a white Christian (mostly male Protestant) country since its founding, and we are near a tipping point. It’s not a conspiracy; it’s a fact of demographics. There also has been an erosion in unthinking deference to institutions.

So, some folks are scared. I for one think it will be a good thing for Christianity to have to make its case in the marketplace, alongside other viewpoints. For it to be humiliated into humility. I believe its place of privilege has done it harm, corrupting it with concerns about protecting earthly power and silencing other voices, making it lazy about explaining itself. I’m confident that in the realignment ahead, Christianity based on Christ’s Truth will be just fine, thank you.

Now, about rights. A lot of recent noise was thanks to the U.S. Conference of Catholic Bishops‘ freak-out over contraception coverage in the Affordable Care Act. So let’s take that example. It’s very simple. No one is making you take contraception. Period. No threat. End of story.

Similarly, no one is forcing anyone — Mormon, Catholic, atheist — to gay marry. The “radical homosexual agenda” boils down to gay people asking for equal opportunity in a secular society. Nothing infringing on anyone else’s rights.

Early settlers had fled countries where state-enshrined religions criminalized other belief systems; worse, where changes in monarchs caused the official religion to flip, then flip back again; countries where a king could change laws and taxes at his whim (ordained by God). Out of this experience, they tried to build a system that said, Live and let live.

The big Cold War contrast between the U.S. and the Soviet Union was not capitalism versus communism. It was the freedom inherent in our system versus the lack of freedom enshrined in their version of state socialism.

Disagreement on specific issues often comes from the interplay between positive rights — entitlement to something from fellow citizens — positive liberty — the ability to do whatever you want — negative liberty — freedom from restraints — and negative rights — the right not to be coerced into doing what you don’t want to do.

Contraception’s inclusion in the ACA  (and the ACA itself) is a positive right — if anyone wants contraception, society provides it. Requiring employers to offer policies that include contraception impinges on their negative rights a bit, but only a little: no one is making anyone use contraception. More clear-cut: the positive liberty for gay people to marry does not infringe on anyone else’s rights.

Of course, most recognize a general preference to live and let live. The disagreement comes in that tricky formulation, “as long as in so doing you don’t infringe on the rights of another person.” Those opposing gay marriage say, I think unconvincingly, that people who are part of the straight marriage system are being affected.

The Catholic bishops and others try to say that the slight interference with employer’s right to choose health plans without contraception is equivalent to coercing them into participation in contraception. In a pluralistic secular society, this is absurd. On this basis, nearly every person of faith could and should refuse to pay any taxes because some of those dollars are going to something they disagree with on religious grounds: war, torture, pig farming, you name it. Some do exactly that. The bottom line is that each case is a judgment call. That’s called democracy. For a person of faith, this tension between your religious beliefs and the secular society’s laws and values is part of life.

The presumption that American law should be consistent with conservative Christian dogma may be threatened, but religious freedom is under no threat at all. 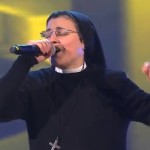 March 21, 2014
Young Nun Singing on The Voice; Says "God Doesn’t Take Anything Away from Us" [VIDEO]
Next Post 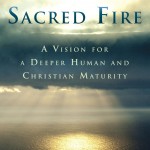