Are moral grounds a good reason to refuse to vote among the viable candidates?

Are moral grounds a good reason to refuse to vote among the viable candidates? October 1, 2012 Phil Fox Rose 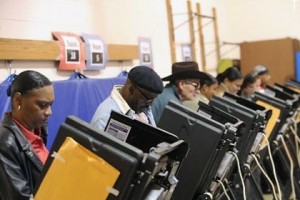 As someone with friends of many different political persuasions, I’m always interested when overlaps occur. In this cycle, I have some friends, who might be considered on the right, most notably fellow Patheos blogger Mark Shea, arguing that since neither candidate is consistently pro-life, he cannot bring himself to vote for either of them. I have other friends, who would be considered left, who are so disturbed by President Obama’s record on civil liberties, especially around his continuing many of the invasions of privacy and freedom established in the name of the “war on terror” that they cannot bring themselves to vote for him again. And I have friends on both sides who are fed up that Obama hasn’t ended the war yet, and disgusted by the use of drones.

Most of the time I lean towards pragmatism, choosing the lesser of two evils — or, rarely, the better of two goods. Why not make your vote as effective as possible by choosing the option you prefer among those that have any real chance of winning? But I would never argue that you should vote for someone you profoundly don’t believe in. And I have no problem disclosing that I have not only voted third party, I have been in the leadership of a third party.

What I find interesting about the talk this year is that it’s driven not by political calculus or social goals, but rather, by morality. People are repulsed by the idea of casting a vote that seems to be saying they endorse something they consider to be morally inexcusable.

Here’s my thoughtful friend Mark Shea in the National Catholic Register explaining why he won’t be voting for either candidate:

My vote will not affect the outcome of the election. But it will affect me and change me either into somebody who does or does not say yes to grave and intrinsic evil. Make that choice enough—and in enough souls—and the destiny of a nation is determined. I think the experiment of subsuming my conscience to the demands of elites who do not care about God or man (judging from their bipartisan advocacy of grave evils worthy of hellfire) has helped get us, over time, to the pass in which we now find ourselves: stuck with a political system that routinely holds us hostage and tries to compel us to assent to grave evil in the interest of the perpetually-out-of-reach “greater good”.

(He also admirably and clearly explains at length how Cardinal Ratzinger (now Pope Benedict) has said definitively it is not an evil act or an act that should bar one from communion to vote for a candidate that is pro-choice. I highly recommend reading the whole piece.)

And then here’s “Why I Refuse to Vote for Barack Obama” by Conor Friedersdorf, a staff writer at The Atlantic, which was being passed around by multiple friends of mine on the left last week:

[S]ome actions are so ruinous to human rights, so destructive of the Constitution, and so contrary to basic morals that they are disqualifying. Most of you will go that far with me. If two candidates favored a return to slavery, or wanted to stone adulterers, you wouldn’t cast your ballot for the one with the better position on health care. I am not equating President Obama with a slavery apologist or an Islamic fundamentalist… What I am saying is that Obama has done things that, while not comparable to a historic evil like chattel slavery, go far beyond my moral comfort zone. Everyone must define their own deal-breakers. Doing so is no easy task in this broken world. But this year isn’t a close call for me.

Friederdorf then lists the drone strikes, the extrajudicial killing of American citizens, and sending troops into Libya without Congressional approval as his deal-breakers. He says he’s voting for the Libertarian candidate, Gary Johnson. To the best of my knowledge, Mark Shea has not said how he’s casting his vote.

I’m honestly not sure how I feel about all this. One part of me, reading either of these articles, feels like this is exactly right — that if a citizen feels their government is acting immorally, they should refuse to participate. But another part of me worries that the path of moral purity tests is a slippery one, leading potentially to more division and partisanship, and more cynicism about leadership. My own leaning is to look to what I agree with, and give less weight to my differences with a candidate (or any person for that matter.) And I’m entirely comfortable with my vote this year. But I know that has limits. Is the extrajudicial killing of American citizens in a permanent state of war not a limit for me? Apparently not. But I know I could reach one.

What do you think? Are moral grounds a good reason to refuse to vote among the viable candidates? (And no comments arguing about my use of the term viable please. By that I mean they have an actual statistically meaningful chance of winning.) Are they a bad reason? Have you ever done it? Would you? Again, I’m less interested in which “side” is “losing” your vote, and more interested in the motivations and reasoning. 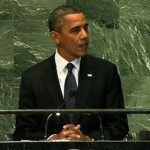 September 26, 2012
President Obama's U.N. speech on the way out of violence
Next Post 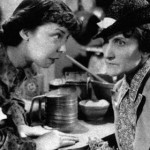 Will The Church Survive The Covid-19...
The Thoughtful Pastor
Related posts from On the Way

My Racist Preacher
My home church hired a younger preacher. This happened when I was...
view all Progressive Christian blogs
What Are Your Thoughts?leave a comment
Copyright 2008-2020, Patheos. All rights reserved.