In his leadership roles as president of Caritas in Austria and vicar general of Vienna, Fr. Helmut Schüller witnessed the dysfunctionality of the institutional church and the harm to communities caused by parish consolidation, overworked priests and the disenfranchisement of the laity. His “sorrow” in the face of these observations led him to stand for a series of reforms he believes can restore vitality to the Roman Catholic Church. On Tuesday, July 16, in New York I attended the first stop on a 15-city “Catholic Tipping Point” American tour where Fr. Schüller is outlining these reforms. What’s most interesting about his efforts is that he remains a church leader in good standing even though he’s calling for women priests and honoring of gay unions, among other things. He was stripped of his monsignor title, but at least so far is managing to advocate for major reform from within the Catholic bureaucracy — an ordained priest, church pastor and church magazine columnist.

Fr. Schüller is a vibrant, upbeat presence. When asked directly about the relationship with his archbishop, he said that Cardinal Schönborn has asked him not to do this, but did not stop him, and that they are in ongoing dialogue. Some of this, perhaps, is possible because of Cardinal Schönborn’s open-mindedness  — it’s hard to imagine the same being tolerated in most American dioceses. In fact, because it’s been made clear his message is unwelcome and several local bishops have forbidden him to appear on church property, all the venues for Schüller’s American tour are Protestant churches or secular buildings except one, Chestnut Hill College in Philadelphia, which is hosting him in active defiance of Archbishop Chaput. As Schüller said on Tuesday at Judson Memorial Church in Manhattan, this is not a problem for him, but it is a problem for American Catholics. It is not a prohibition of him to speak — he can speak anywhere. It’s really an attempt to prohibit the Catholic laity from listening to his message.

Fr. Schüller got the world’s attention in 2006 when he organized the Austrian Priests’ Initiative, calling attention to the shortage of priests and suggesting reforms specifically to address that problem. In 2011, he upped the ante in his a “Call for Disobedience” with a list of practical actions local priests and parishes could enact that, while disobedient to the wishes of church authorities, do not violate any essential Catholic or Christian principles. More on them in a minute.

Fr. Schüller’s central message is that as a Catholic, a Christian and even as a priest, his obedience is and must be to God first, his conscience second, and then to earthly authorities in the Church third. If the Church is in contradiction to God and his own conscience, then he cannot obey it and neither should lay Catholics. Further, he says, you have the right to expect your obedience to be respected and honored, something the Church has failed at miserably.

It’s important to understand that while the Roman Catholic Church has certainly never been democratic, power used to be less centralized. Vatican II was so named and positioned because it was in part an attempt to undo the centralizing of power that happened at Vatican I in the 1860s, which affirmed the principle of papal infallibility and said the pope has “full and supreme power of jurisdiction over the whole Church.” Election of bishops by the people was common until the Middle Ages, and abandoned in part because the public elections had become corrupt. And until then, marriage and other sexual relations were common for priests as well; it’s common knowledge the practice was banned for reasons concerning control of property, not faith.

None of the reforms he is proposing, says Fr. Schüller, are to modernize for its own sake; but rather they are efforts to regain vitality by rediscovering core principles: if we are all truly made in God’s image, then it is problematic to exclude women and married people from opportunities to lead; to deny anyone the Eucharist; to denounce loving partnerships.

In discussing allowing remarried congregants the Eucharist, Fr. Schüller at no time suggested open communion, but he strenuously argued that denying the Eucharist to any baptized Catholic as a form of punishment or exclusion is offensive; that of all things communion should be a symbol of welcome and God’s embrace.

Schüller spoke for about a half hour, followed by a Q&A period that was longer and more meaty. When asked what can be done at the parish level today, Fr. Schüller suggested a mixture of modest actions with education. Priests can:

This can be accompanied by opportunities to learn about the history of church reform, including the history of women deacons, married priests and the popular election of bishops.

The major disappointment — an observation made not by me but by the one young adult who asked a question — is that virtually everyone in the audience was in their 60s or older — mostly Vatican II warriors who are still fighting. (Of course, word about this event spread through those old Vatican II networks, so the lack of reform-minded young adults may not be quite that extreme, but it is confirmed by most of my experience.) Schüller said young people have already given up on the chance for Catholic reform and moved on. If the only ones who remember a forward-looking progressively-minded Catholic Church are in their 60s and older, and the only young people staying are conservative, is there any chance of reform? Is there any chance of young progressives coming back?

Of course, Fr. Schüller’s tour comes on the heels of the election of Pope Francis. He is hopeful but very skeptical. While all indications are that Pope Francis is open-minded and pastorally oriented force, he will be able to effect radical reform, Fr. Schüller said, only if he truly uproots the existing Vatican bureaucracy, and several past popes have tried and failed to do that. “Hope is there,” said Fr. Schüller. “Let’s see if he can continue what he is doing as an individual for the whole system.” Is this conceivable? Fr. Schüller points to the fact that Pope Paul had begun a process to create a constitution establishing rights for and distributing control to the laity. It was sidelined under Pope John Paul II, but it has happened elsewhere. A successful example is the current Dalai Lama, the latest in a long line of absolute rulers who in 1963 established a constitution and democratic structure that removed much of his own power; then in 2011 successfully proposed a further change to replace his political role with an elected leader, leaving him only a spiritual role.)

Can the huge Catholic ship turn around from the course it’s been on for over 30 years? Does it want to? Or will progressively minded young Catholics continue to find a home elsewhere, leaving it a purified conservative church? The audience at Judson Memorial was sometimes tiresome; these Vatican II warriors are marginalized within the church and many are bitter and combative. This and the absence of young people made me wonder how Fr. Schüller’s efforts could possibly bear fruit. But his message is clear and appealing, and perhaps change will come through his work in other channels — Fr. Schüller will be meeting privately with priests while on tour — bolstered by the fresh winds of the new pope. 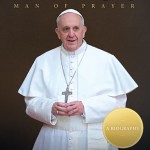 July 9, 2013
Will Pope Francis be a reforming pope?
Next Post

Why Biblical Literalism Leads to Biblical...
Glorious Life
Related posts from On the Way