There is no simple solution for the situation in Syria. Whether it is, as Fareed Zakaria says, an inevitable sectarian realignment period as the artificial structures of colonialism fall apart, or simply the drawn out violent death throws of a failing regime, the current civil war is ugly and brutal, and many many civilians are dying and suffering as a result. (Lots of friends have shared this helpful overview of the situation from the Washington Post.)

But does the absence of simple solutions mean an absence of simple answers? I am always suspicious when people start explaining that an answer must be complicated. It usually signals that they’re about to embark on a string of justifications for doing the morally wrong thing.

I confess my own initial reaction to the prospect of the U.S. lobbing a few missiles at Syrian President Assad’s regime as punishment for using chemical weapons was one of relative disinterest. On the question of the West’s broader role, I actually agree with both Zakaria and the failing-regime theory. I believe it is the death throws of the losing side in a sectarian realignment, both of which are inevitable, and both of which are none of our business (except in the multi-generational responsibility the West has for having messed around in the region a century ago). But as some of my friends gear up to protest against the U.S. government, I just don’t see the problem that way.

On Sunday, Pope Francis called to all people of good will — Catholics, other Christians, “followers of every religion and to those brothers and sisters who do not believe” — to make Saturday, September 7, a day of fasting and prayer vigils for peace in Syria. He forcefully proclaimed that violence is never the answer. This position is easily embraced when the violence is being perpetrated by an empire, but much harder for people to hold when the other side is using chemical weapons or terrorism.

In response to President Obama’s cogent argument that allowing Syria’s use of chemical weapons on its own people to go unpunished would likely lead to more violence, Pope Francis, while mourning the suffering caused by those chemical weapons, says of potential violent responses that God and history will judge our actions, and that: “Never has the use of violence brought peace in its wake. War begets war; violence begets violence.”

The only path to peace, says Pope Francis, is “to look at each other as brothers and decisively and courageously follow the path of encounter and negotiation, and so, overcome blind conflict.”

To this end, the role of the international community is not violent enforcer of judgement, but rather, “to make every effort to promote clear proposals for peace in that country without further delay, a peace based on dialogue and negotiation, for the good of the entire Syrian people.” And the pope agrees with Russell Brand that while doing this, we should also be flooding the region with aid for the refugees.

The pope is not naive about how easy this will be; nor am I. The major hurdle, as many have said, is that the opposition side has no clear leader with whom to negotiate. But if the goal in people’s minds is not peace, but rather the defeat of their enemy, then true peace will never result.

(It’s worth noting too that for us to presume to be the international enforcer of judgement, overruling the UN when we don’t like its answers, no matter how valid in a particular case, reinforces our role as empire rather than global community member.)

The president’s decision to look for a vote from Congress authorizing the use of force takes us a step back from violent action. Many Catholic friends have proudly given credit for this move to White House Chief of Staff Denis McDonough, a Benedictine and Jesuit-trained Catholic. Parsing the president’s words, I’m not sure that it means he won’t use force if the vote is against it. But it does slow down the process. And the latest indications are that he will get that authorization.

I won’t lose much sleep if we attack Assad’s regime, but I fully support the pope’s call for peace — not a protest against America, but a fast for peaceful solutions.

Here are extended excerpts from the pope’s appeal made Sunday (slightly copy edited from the rough translation on Vatican Radio’s website):

Hello! Today, dear brothers and sisters, I wish to make add my voice to the cry which rises up with increasing anguish from every part of the world, from every people, from the heart of each person, from the one great family which is humanity: it is the cry for peace! It is a cry which declares with force: we want a peaceful world, we want to be men and women of peace, and we want in our society, torn apart by divisions and conflict, for peace to break out! War, never again! Never again war! Peace is a precious gift, which must be promoted and protected.

There are so many conflicts in this world which cause me great suffering and worry, but in these days my heart is deeply wounded in particular by what is happening in Syria and anguished by the dramatic developments which are looming…

There is a judgment of God and of history upon our actions which is inescapable! Never has the use of violence brought peace in its wake. War begets war, violence begets violence.

With all my strength, I ask each party in this conflict to listen to the voice of their own conscience, not to close themselves in solely on their own interests, but rather to look at each other as brothers and decisively and courageously follow the path of encounter and negotiation, and so, overcome blind conflict. With similar vigour I exhort the international community to make every effort to promote clear proposals for peace in that country without further delay, a peace based on dialogue and negotiation, for the good of the entire Syrian people…

All men and women of good will are bound by the task of pursuing peace. I make a forceful and urgent call to the entire Catholic Church, and also to every Christian of other confessions, as well as to followers of every religion and to those brothers and sisters who do not believe: peace is a good which overcomes every barrier, because it belongs all of humanity!

May the plea for peace rise up and touch the heart of everyone so that they may lay down their weapons and let themselves be led by the desire for peace.

To this end, brothers and sisters, I have decided to proclaim for the whole Church on September 7, the vigil of the birth of Mary, Queen of Peace, a day of fasting and prayer for peace in Syria, the Middle East and throughout the world, and I also invite each person, including our fellow Christians, followers of other religions and all people of good will, to participate, in whatever way they can, in this initiative.

On September 7, in Saint Peter’s Square here, from 7:00 p.m. until midnight, we will gather in prayer and in a spirit of penance, invoking God’s great gift of peace upon the beloved nation of Syria and upon each situation of conflict and violence around the world. Humanity needs to see these gestures of peace and to hear words of hope and peace! I ask all the local churches, in addition to fasting, that they gather to pray for this intention. 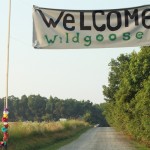 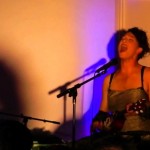