The Church is Not Your Canvas 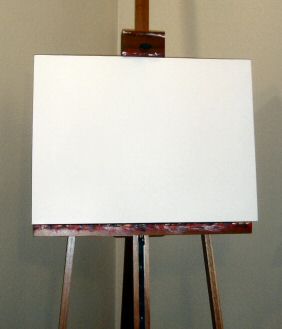 Mark D. Roberts has a piece at Patheos now that warns pastors against the presumption that their churches are all about them.  It’s a nice companion piece to Monday’s post — “Rob Bell, Hollywood Celebrity?” — on the growth of the culture of celebrity-pastor-worship in evangelical circles.

Roberts interacts with pastors frequently through his work at Laity Lodge, and he often asks them to tell him about their church and its health.  Different personalities can respond in different ways, of course, but what particularly concerns Roberts — and I would agree here — is the pastor who speaks mostly about himself when he’s describing his church.  He writes:

Sometimes, the way pastors talk about their churches makes me uncomfortable. I think, in particular, of conversations I’ve had with pastors who talk endlessly about themselves. I hear about their preaching, their challenges,their successes and their disappointments. This isn’t necessarily wrong, though at times I get the feeling that a pastor sees Christian ministry primarily as an exercise of personal talent and the church primarily as a reflection of a pastor’s leadership. One pastor boasted: “I raised $5,000,000 in our recent building campaign.” You raised that money? Not the church, not the Lord, but you?

The example of Paul and his co-writers challenges pastors to consider how we speak about our ministries and churches. Does God play the leading role in the stories we tell? Do we acknowledge the centrality of the gospel in all things? Do we see our roles as embodying the gospel in our character, or are we more excited about the words we preach and the decisions we make as leaders? Are we encouraging our people to imitate us as we imitate the Lord, or are we seeking their love, affirmation, and honor for ourselves?

Moreover, if the church is primarily God’s work, then our role as church leaders is to discern what God is doing and wants to do. We must surrender our personal agendas in order to discern the agenda of the one who gives the church its existence, life, and mission.

The Danish religious writer Soren Kierkegaard — on whom I wrote my doctoral dissertation — draws a helpful contrast between imitation and admiration.  Christ calls for us to take up our cross daily and follow him.  Following, in this case, means to put our trust in him and his guidance and leadership, and to become like Christ in living a life like Christ led.  Christ calls for us, in other words, (and among other things) to be imitators.  Christ does not ask for admirers.  In fact, when he has admirers who have no interest in becoming imitators, he tends to drive them away.

Yet too many people, Kierkegaard says, want to admire Christ but not imitate him.  They suspect that if they admire Christ enough, speaking movingly of how important and wonderful and beautiful he is, if they can summarize Christ’s teachings and the significance of his life, then they may be excused from the call of Christ to take up our crosses and follow (imitate) him.  Admiration becomes a refuge against imitation, and Christ becomes an object for our appreciation instead of a Person who rescues us from sin and calls us through an intimate relationship to be his feet and hands and lips to a perishing world.

Something similar can happen when the proper pastoral relationship breaks down.  The right relationship is described several times by Paul — “imitate me as I imitate Christ.”  Just as God made himself flesh in Christ, so we need flesh-and-blood examples of what righteousness and imitation look like in the world today.  Ideally, the pastors, the elders, and other mature believers around us will lead such lives that we are challenged to follow them in following Christ.  But when the relationship breaks down, the pastors seeks the *admiration* of his congregants, rather than seeking their *imitation* as he imitates Christ.

There are all sorts of images we might use to communicate this.  Perhaps it’s best to say that the pastor is not the artist; the pastor is the brush, and the canvas.  The pastor is an instrument in the hands of God, a vessel for God’s creative and redemptive act, and then the pastor too is one of the re-created and redeemed.  The Artist is always God, and we are blessed to be both an instrument in his hands and the object of his exquisite care.

October 4, 2011
Spiritual Life in the Age of Machines -- Richard Foster Interview
Next Post