Chuck Colson Weighs In Against Jeffress

You know the Perry camp wanted Chuck Colson to take their side, but Colson apparently agrees with my take: Mormons are not Christians as I understand the term, but Christians can certainly vote for Mormons in good conscience:

…there may be no other group of people I appreciate more as co-belligerents than the Mormons. They are stalwarts on life, traditional marriage and religious liberty issues.

To sum up, I’m with Luther, who reportedly said that he would rather be governed by a competent Turk than an incompetent Christian.

Now I’ve never publicly endorse a candidate, and I’m not doing it now. But I would personally vote for a competent nonbeliever who would protect life, liberty and marriage, before I would vote for an incompetent Christian — or even a competent one — who would not stand for those overriding moral issues.

Our ultimate decision has to be based on what Augustine taught. We must live obediently in the City of Man as the best of citizens, doing our civic duty, which includes voting responsibly, as a reflection of our primary citizenship in the City of God.

Where does this leave us? Come on: Stop talking about the candidates’ religion. It’s distracting and it marginalizes Christianity in the public debate. Let’s continue instead to work to advance the Kingdom of God and pick, to the best of our ability, a candidate of competence and sound character who will preserve order and promote justice in our land. 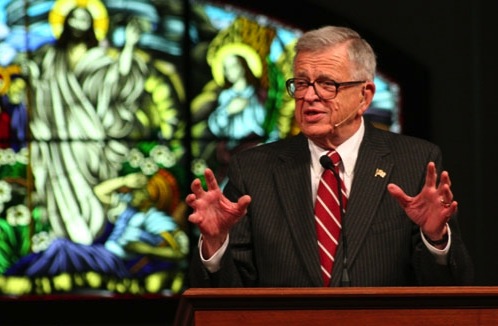