The Young Christian’s Guide to Sex at Seminary

I was not a geek in high school.  I know this because I never had a slushee tossed in my face (which, according to no less an authority than Glee, is the leading indicator of geek status in high school), and I never suffered the distinct indignity of a “wedgie,” and I never went to high school.  As a top-ranked gymnast, I worked through our high school’s “independent study” program, which meant that every person in every class I took thought I was perfectly wonderful.

Neither was I particularly uncool at college.  I was a varsity athlete, a relatively sociable person, and a leader in student Christian fellowships.  There were times when my counter-cultural Christianness was painfully clear.  I did not go to drinking parties, had no interest in joining a fraternity, and made no effort to bed the young ladies at Stanford University.  But, honestly, I never felt like an outsider.  Stanford had many thousands of students from hundreds of different cultures and faiths and value systems.  I was just a part of the mosaic.

It surprised me, therefore, when I found that I felt like an outsider at seminary.  We were all Christians.  Princeton Theological Seminary is a fine institution, and I enjoyed my time there.  I formed friendships with fascinating people, found mentors in excellent professors, and enjoyed the classes immensely.

And yet…I did feel like an outsider.  There was a single prevailing culture there — and I did not belong to it.  I am an evangelical with conservative leanings.  I came to PTS at the recommendation of my famously-agnostic undergraduate mentor, Van Harvey, who strongly believed that I should gain a three-year seminary education before going on to a secular research institution for the more specialized work of a doctorate.  (He was right, but more on that later.)

My Outsider status became clear to me — if not for the first time, at least in a new way — when I sat with friends on the seminary field, stretching before a game of ultimate frisbee.  It was still my first semester, and I was getting to know the people and the place.  We were talking about the sins that were emphasized in the churches that brought us up.  I said that pre- or extra-marital sex was the grave sin against which we, in my youth group and Sunday School classes, were most gravely and constantly warned.  And, I said, I appreciated that, as it had helped me maintain my commitment to abstain from sex until marriage.

I might as well have said that I believe in eating toddlers with chipotle sauce and a side order of puppies.  My friends’ and fellow seminarians’ expressions had gone, suddenly, from benign conversational interest to something that looked like rats and skunks had deposited themselves deep in their nostrils, where they were scratching and relieving themselves and spreading their odors.  This, I saw, was the last thing my friends wanted to talk about.  And such a “backwards” and “judgmental” attitude (as it would later be described to me) really had no place at an enlightened seminary.

The point here is not really about sex.  Yes, intramural sex was distressingly common amongst the people I knew at Princeton Seminary.  So were drinking and at least recreational drug use.  There were many times — many — when we would watch one of our friends, drunken or cussing or talking profanely about women, and we would say: “Can you believe he’s going to be pastoring a church in a year?”  But the point is bigger than sex.

Neither is it my intention here to make myself the judge and jury.  The seminarians I knew were good people, and I love and respect them.  I am exceedingly far from utter moral rectitude myself.  I drank far more alcohol in seminary than I have ever drank before or since.  My wife and I did manage to abstain from sex until marriage, but I sin in my thoughts and deeds every day, and I know it full well.

The point, rather, is about the culture that permeated the seminary, and whether sexual integrity and moral formation were as central to the mission and the experience as they should have been.  There were certain circles at PTS where, I think, simple obedience to traditional Christian moral teachings were more emphasized.  (I found parts of the Korean-American community were more traditional in these matters, for example.)  Yet there were large swaths of the seminary community where, perversely, it was okay to be unholy because we were all holy.  We didn’t have the accountability, the responsibility to present a compelling witness, that comes from the presence of nonbelievers or followers.  In the same way that a room full of PhD’s can feel free to act silly, because they all knew they’re smart, it seemed as though we felt free to stretch the moral boundaries because we all “knew” that we were ultimately committed to God.

But there are consequences to that kind of behavior.  Surely it says something that when I drove back to PTS from my chaplaincy work with the New Jersey State Prison in Trenton, it felt as though I were leaving behind a place where God was real and urgent and present to a place where God was formally honored but rarely dynamically present.  And surely it says something that, when I was suddenly struck with the fear of death before a surgery, I went around to my professors, essentially begging them for assurance that there was an eternity with God to be enjoyed, and the most affirmative answer I received was: “I think there’s an eternity with God; but if not, this life has been a wild ride.”

While I don’t feel positioned to draw strong conclusions on these matters, I want to raise three questions:

I’m sure that the positive parts of my PTS experience are much to the credit of the seminary and the excellent faculty they’ve assembled.  And I’m sure the negative parts of my PTS experience were largely my fault.  But I believe, and believe very strongly, that one way seminaries can improve themselves is to remember the foundational importance of obedience, to remember that we are saved by grace but called to live lives of grateful imitation.  When we walk in the footsteps of Christ, we come to know him and commune with him — and to know and commune with the Father.  If we want seminarians to see their seminary years as times of extraordinary spiritual deepening and growth, then we need to encourage those seminarians to live lives of integrity and holiness and selfless obedience.  They will fall short.  But to the extent they try, they will grow.

In conjunction with Patheos’ series on The Future of Seminary Education, I’ll continue to offer thoughts on seminaries and their future over the coming week.

Update: Edited to correct a typographical error and to render the point regarding the Korean-American community a little more finely.)

October 29, 2011 How Different Denominations See Each Other
Recent Comments
93 Comments | Leave a Comment
Browse Our Archives
Follow Us! 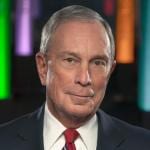 Which is best? Public, Private, or Homeschool?
[su_vimeo url="https://vimeo.com/169323455"] The sometimes heated debate over education opportunities need not be.... 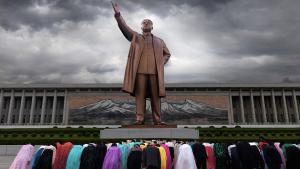 See the Demonic Spirit of Babylon Still at...
The Bible does not just tell us what happened in the past,...

Andy Judd on Thinking Through Old Testament Violence
Over at TGC-Australia is a great article by my Ridley College colleague...
view all Evangelical blogs
What Are Your Thoughts?leave a comment
Copyright 2008-2020, Patheos. All rights reserved.