Could Great Britain be Olympic Medalists?

The Olympic Games continue, with the men’s team finals in the Olympic gymnastics competition.  The men from Great Britain are performing well on the floor exercise while Ukraine is performing respectably on the rings.

Great Britain — in living memory, literally — has not won an Olympic medal in gymnastics.

The last British tumbler, Christian Thomas, performs some impressive combination passes, and two Arabian-doubles (half-turn to two front flips), the first one in a pike position and the second (the dismount) in a tuck.  Like the British men before him, he competed a well crafted routine.  There were few cases where they had to stick landings; they tended to roll out or step out directly into transitional moves.

Right now it looks like the British men get a silver — but I’ve been warned that there was something funky that happened at the end, and this may be reviewed.  In any case, the Brits have won a medal.

NBC completely ceased showing the American men.  Once the drama was gone, they would not dedicate prime time to it.  It’s disappointing for fans of American gymnastics, however.  We’ll have to watch online.

July 30, 2012
For American Men Gymnasts, Pommel Horse is a Killer
Next Post 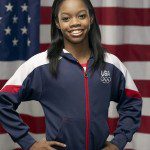 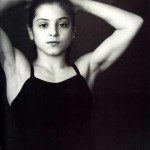