Is the Family Research Council a Hate Group?

Rob Schwarzwalder is Senior Vice President for the Family Research Council — and I met him in the past year at a Great Objects Gathering, an event meant to gather conservative and liberal evangelical leaders together and seek common cause on the overarching causes of our era.  I had never interacted much with FRC or anyone affiliated with it, but I knew on the one hand that I sometimes found myself wincing at the things its representatives said and on the other hand that I too was committed because of my faith to the defense of unborn life and of the traditional family structure. 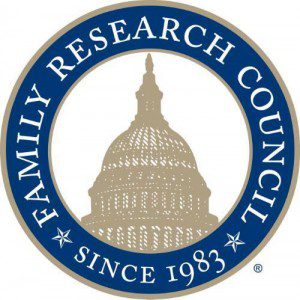 I interviewed Rob last week, before the shooting at FRC headquarters in Washington but after the Chick-fil-A controversy.  Chick-fil-A CEO’s Dan Cathy’s comments first aroused the ire of many gays and supporters of gay marriage, but their objection to Chick-fil-A and the Cathy family eventually settled more on the funding activities of their charitable arm, the WinShape Foundation.  It was claimed that the WinShape Foundation had given millions of dollars to anti-gay “hate groups.”  Since some of the groups that received the most funding from WinShape, like the Fellowship of Christian Athletes, really had nothing to do with anti-gay hate (although they hold to traditional Christian views regarding sexuality), and since the Southern Poverty Legal Center had identified the FRC as a “hate group” a few years ago, the real “smoking gun” was WinShape’s money given to the Family Research Council.

The Family Research Council was founded by conservative Christian icon  Dr. James Dobson, was long affiliated with Focus on the Family, and was established as a separate entity under Gary Bauer.  It serves now under the leadership of Tony Perkins to lobby on behalf of conservative Christian causes, especially the sanctity of life and marriage, but also many other topics that are considered important to the support of children and family.

I should say that my views, and my sense of the best strategy for cultural engagement, are not identical to those of the FRC.  This is not about me endorsing the FRC (I don’t matter much anyway).  This is about beginning a conversation.  Also, I saw rumor that WinShape, at least in the year 2010, had only given FRC $1000.  I wanted to ask whether that was the full extent of the funding they had received from WinShape.  I did not bring up every allegation against them.  They have been, for instance, wrongly accused of supporting a Ugandan bill to punish homosexuals; on the other hand, some of the things said by FRC’s Peter Sprigg cause me concern.  Still, I wanted to hear more about official policy and how the FRC thinks about the SPLC’s designation.  Here was the conversation:

Let’s address the funding question immediately.  The Family Research Council is put forward as the clearest example of a “hate group” WinShape has supported, but how much funding have you received from WinShape?

The Family Research Council has received very modest financial support from Chick-fil-A or any related entity, including WinShape.  But if we had received more funds, would that taint them or us?  We agree with Dan Cathy that he has a right to express a political opinion when asked about it, and I would challenge anyone to find an instance where Mr Cathy has demonstrated anything but the highest personal and professional ethics in the conduct of his company’s enterprise.

So we’ve received very little funding, but more importantly, we don’t hate anyone. We just want to preserve a fundamental building block of western civilization, which is marriage and the family.  It’s a ludicrous proposition that you hate people just because you believe that marriage is between one man and one woman for life.

I’ll give you more opportunity to respond to the “hate group” accusation shortly.  But to finish off the question of funding, I’ve seen it alleged that FRC received a mere $1000 from WinShape in 2010.  But for all we know, some have said, FRC may have received far more in other years. Is $1000 a good ballpark figure for what FRC might receive annually?

Let me double-check that.  We would be honored by it, but Chick-fil-A has not been a significant funder.  [Schwarzwalder later wrote me and stated that WinShape did not give $1000 per year, but $1000 total.]

FRC and its representatives are sometimes criticized for mentioning same-sex marriage and polygamy in the same breath.  Is your point that they are morally equivalent?  Or that the argument advanced for same-sex marriage would logically entail the approval of polygamy as well?

It’s not an equivalency.  Rather, the premise of the homosexual marriage argument is that when people love each other, and want to live together, their marriage should be recognized as fully equal with heterosexual marriage.  My point is, if you use those criteria, the ones that gay activists have established, then there really is no line that can be drawn whenever people, however many people, of whichever gender, say that they love each other and wish to be united in marriage.

One of the reasons the FRC is sometimes construed as “hateful” is because its representatives, including Peter Sprigg and Tony Perkins, have associated homosexuals and pedophiles.  What do you say to these claims?

But the supporters of same-sex marriage have their own studies and researchers to point to, and will claim that you’re appealing to “junk science.”  How are non-experts to sort through the competing claims and competing data?

I would only say that I know the people who have done the research that we support.  I know how rigorous and intellectually honest they are, and also how politically driven many national medical organizations have become.

What do you think sparked Chick-fil-A appreciation day?  Why did it get so much support?

What we saw last Wednesday at Chick-fil-A indicates that there is a significant proportion of the American people who are weary of being accused of being bigoted or hateful simply because they affirm the biblical definition of the family.  People distinguish intuitively between hate and conviction.  When an organization, because it stands for something that historically has been understood as good, is characterized as hateful because it is unbending in that conviction, I think most intellectually honest people will say that’s not fair.  Even if they agree that homosexual unions should be legalized, they will realize that there are people in my family, people in my church, who think that the only appropriate sexual conduct can occur in marriage between a man and a woman.

The issue of “rights” needs also to be considered in context.  A definition is not a right.  Abraham Lincoln famously said, “If you call a dog’s tail a hind leg, how many legs does it have?”  His respondent said five.  Lincoln said no, a dog only has four legs, calling a dog’s tail a hind leg doesn’t make it one.  Similarly, marriage is an institution that is monogamous and permanent between one man and one women.  Believing that that’s the true definition of marriage is not hatred.  It’s simply an understanding of what the Judeo-Christian moral teaching always has been.

Were you surprised that the Family Research Council was caught up in this argument over Chick-fil-A and its support for conservative Christian causes?

No.  The gay blogosphere is very active.  They watch FRC very closely and of course they will extrapolate rather wildly concerning FRC’s affiliation with Chick-fil-A.  But from the mainstream press, the interest has been modest at best.

Essentially what we’re seeing, in very frank terms, is the desperate efforts of homosexual activists to be socially vindicated for conduct that they know is objectionable to most people. No one, to my knowledge, is advocating that anyone should break down one’s door and invade their home life, or that people should not be able to associate with affection with those they wish. If you want to have a polygamous relationship, for instance, there are no polygamy police wandering the streets.

We’re talking about an attempt to redefine the institution of marriage as it has historically been defined around the world for at least 3500 years.  We at the Family Research Council do not accept that redefinition.  No one is talking about persecution, criminalization, or execution. I’ve been involved in the social conservative movement for more than twenty years.  I don’t know anyone who wants those things.  What we do want is to sustain the institution that has been the building block of so much that is good and beautiful in society, and that’s a marriage between a man and a woman with children.

This, of course, is not the final word.  Leave other questions you want addressed in the comments. 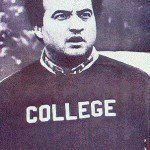 August 16, 2012
What to Seek in Your College Years: An Open Letter
Next Post 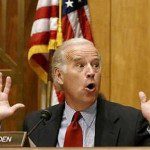 August 16, 2012 Winning the "Heartbeat Away" Argument
Recent Comments
14 Comments | Leave a Comment
Browse Our Archives
get the latest from
Evangelical
Sign up for our newsletter
POPULAR AT PATHEOS Evangelical
1