Editors’ Note: This article is part of the Public Square 2014 Summer Series: Conversations on Religious Trends. Read other perspectives from the Evangelical community here.

We have passed the 10-year mark for PEPFAR – the President’s Emergency Plan for AIDS Relief.  The effort has so far spent more than $15-billion to help reduce AIDS, and given the size of the program, it is easy to point to specific examples of success.  Rob Smith, who has worked with orphans in Africa for years as part of the Christian ministries Pilgrim and The Agathos Foundation, recently told me how PEPFAR helped Nkule, a little boy who was HIV positive.   Before PEPFAR, Smith said, “The cocktail of anti-retroviral drugs he needed was simply out of reach for us to treat him.  After PEPFAR paid for a local clinic, run by a Christian doctor, we could afford to get him the meds needed.  Nkule became strong and healthy.”

I do not deny the reality of such stories, nor do I discount the value of even a single life saved.  But I think it’s important to ask whether such individual stories, no matter how heart-wrenching, tell the whole story of PEPFAR.  Advocates say yes.  They claim Nkule was just one of the more than 1-million lives were saved by PEPFAR.  They say PEPFAR enhanced America’s standing in Africa.  But do these claims hold up under scrutiny?

I also think it is worth asking broader philosophical questions:  Did PEPFAR perpetuate a culture of dependency in the African countries that received PEPFAR funds?  Did PEPFAR contribute to a false understanding of what caused AIDS, and what slowed its spread?   Did the “feel good” stories of PEPFAR provide cover for those Republicans and Democrats who have ballooned our federal debt from $6-trillion in the year Congress authorized PEPFAR to the current level of just short of $18-trillion, a level that now poses a serious threat to our national well-being, and our ability to exert a positive influence in the world.

My concern for these questions began when I made a reporting trip to India in 2003, the same year PEPFAR legislation became law, to write about the AIDS crisis there.  Conventional wisdom then was that if the AIDS rate in India increased beyond the current level, it would pass a “tipping point” and there would be no stopping it.  Uganda and other countries had faced infection rates that threatened their very existence.  That fear was, in fact, a major impetus for PEPFAR.  Because India is a much larger country, and a much more significant trading partner with the rest of the world, if what happened in Uganda happened to India, the fear was that AIDS could become a global pandemic.

I will condense a lot of history and say that while AIDS in Uganda and many other countries in Africa diminished significantly, it is important to note that AIDS in India dialed back by a similarly impressive amount – and without one dime of PEPFAR money.  India accomplished a dramatic reduction in new AIDS cases and AIDS deaths because of a three-legged stool of free enterprise (the private sector development of new drugs, funded by market demand and venture capital), charity, and the responsibility the government of India took for its own people.

When you compare India to Uganda, one of the key recipients of PEPFAR funds, you see some surprising differences – and some surprising similarities.  Uganda was devastated by AIDS in the 1980s.  Millions of people died, and by 1991 nearly 15 percent of the country’s adult population was HIV-positive.   Uganda shared with India this:  that long before PEPFAR came along, Uganda was solving its own problems.  In Uganda, Christian ministries, Uganda’s indigenous Christian church, and the leadership of Janet Museveni – the evangelical Christian wife of the country’s president – made the difference.  The country pioneered an ABC program (Abstinence, Be faithful, and Condoms) that pushed down AIDS rates.  By the time PEPFAR money started coming into Uganda, AIDS prevalence was already less than half of 1990 levels.

In fact, Dr. Edward Green, an anthropologist at Harvard University, said changes in sexual behavior – specifically, sexual fidelity to one’s husband or wife, and abstinence among the unmarried – were the two most important factors in the decline of AIDS in Uganda.  A 2004 study published in the journal Science arrived at similar conclusions:  abstinence and monogamy led to the dramatic decline of AIDS in Uganda.

In fact, since 2003 and the advent of PEPFAR, AIDS rates in Uganda have leveled off and have even begun to rise a bit from their lowest levels.  It’s too early to know why, or even if the rise is just an outlier in a continuing downward trend, but it’s possible that the drugs PEPFAR bought, and which have without doubt extended the lives of people with AIDS, have also created a sense that AIDS is not as dangerous as it was in the 1980s and 90s, and that sense may be causing sexual promiscuity to creep back into the Ugandan culture.  The leveling out of AIDS rates in PEPFAR countries – countries that before PEPFAR saw significant declines – suggests that PEPFAR may in fact be playing a role in causing us to forget just how we got in this mess in the first place.

But that’s not the only unintended consequence of PEPFAR.  As I said earlier, one of the greatest threats to our country is the massive debt the federal government is piling up.  Before the election of George W. Bush, social conservatives often joined hands with fiscal conservatives to fight the ever-expanding federal government.  But the “big government conservatism” of George W. Bush, perhaps no better exemplified than by PEPFAR, had the effect of buying off social conservatives.   Because social conservatives were, under Bush, able to feed at the federal trough, our voices were muted as the national debt doubled during the Bush Administration.   PEPFAR became the bone thrown to social conservatives that turned many of us from watchdogs into lapdogs.  It is popular to say PEPFAR saved a million lives.  It is impossible to say how many lives it cost by throwing a spanner in the works of the greatest poverty and disease eradication machine known to man:  a freely functioning entrepreneurial economy.  The assertion of a million lives saved looks only at the credits, not the debits.  PEPFAR’s credits are real, but they are now almost fully counted, while the debits continue to pour in.

It is impossible to say PEPFAR did no good.  The story we started with, of Nkule, makes that plain.  But Rob Smith – the man who told me that story – also said the cause of Nkule’s return to health “was not just PEPFAR,” but the advent of generic versions of AIDS drugs, a development which owed nothing to PEPFAR.  So let’s give PEPFAR credit for its modest – though costly — benefits, but we should be clear-eyed about cause and effect, and not cloud the truth by giving extra credit where no credit is due. 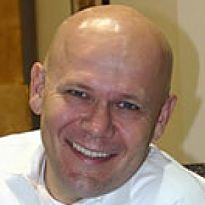 June 30, 2014
The American Church and Global AIDS over the Last Decade: An Untold Story
Next Post