Michael Gerson: Looking Back on a Decade of PEPFAR

Editors’ Note: This article is part of the Public Square 2014 Summer Series: Conversations on Religious Trends. We are holding this conversation in collaboration with the ONE Campaign. Read more about the ONE Campaign and their work fighting extreme poverty and AIDS at their website — and read other perspectives from the Evangelical community here.

ONE Fellow Michael Gerson reflects on the President’s Emergency Plan for AIDS Relief, one of the greatest examples of bipartisanship, compromise and mercy to come out of the American political system.

Among the most moving visits I have ever made to an African health facility took place about a year ago.  Reaching a rural hospital at the end of a winding road, I asked a doctor if he would show me the ward containing AIDS patients with opportunistic infections.

He responded that they currently had no such cases.  Nearly everyone in that remote part of Rwanda who needed AIDS treatment was receiving it.  The hospital was dealing mainly with chronic diseases such as diabetes and heart disease and with the health challenges of low birth weight babies.

After seeing so many full AIDS wards over the years, it was an emotional moment to see an empty one.  And one of the main explanations for this progress in Rwanda has been the President’s Emergency Plan for AIDS Relief, or PEPFAR.

I saw the history of PEPFAR from a unique vantage point.  I worked for President George W. Bush as head of speechwriting and policy advisor.  I watched the White House policy team, led by Josh Bolten, and brilliant researchers at NIH, particularly Tony Fauci and Mark Dybul, pull together the ambitious plan.  And I became an advocate for PEPFAR within the system.

My single best experience in government was this:  I sat in the Oval Office for the meeting in which PEPFAR was presented to the president.  I watched him probe the details – questioning how the AIDS drugs would be delivered, insisting on a clear management structure and measured outcomes. And I saw President Bush eventually approve the largest initiative to fight a single disease in human history.

In his 2003 State of the Union address, President Bush said: “Tonight I propose the Emergency Plan for AIDS Relief, a work of mercy beyond all current international efforts to help the people of Africa.  This comprehensive plan will prevent 7 million new AIDS infections, treat at least 2 million people with life-extending drugs and provide humane care for millions of people suffering from AIDS and for children orphaned by AIDS.”

In retrospect, these were not the most eloquent words I ever helped to produce as a speechwriter.  But the moment was remarkable.  An initiative of this scale was utterly unexpected.  Bush’s strongest political supporters had not demanded it.  His strongest critics, at least for a time, remained suspicious.  PEPFAR existed because of a willing leader, a creative policy team, a vast need – and because of activists who both raised the profile of the AIDS issue and pushed for the program when it came.

It was in this context that I got to know Bono and his team at DATA, which later became ONE. The Republican president and the rock star, perhaps surprisingly, got along famously.  And DATA became one of our main outside partners during the passage and implementation of PEPFAR.  During this period, I first experienced the distinctive spirit of ONE: persistent, consistent, positive, effective and nonpartisan.

When I visited Africa as a Bush administration official soon after the PEPFAR announcement, perhaps 50,000 people were on treatment – out of 30 million people with HIV.

The pandemic had already produced 14 million orphans.  Child-headed households were common; child-headed villages were not unknown.  Walking through South African shantytowns, you mainly met grandparents and their grandchildren.  The intervening generation had been nearly erased.  Millions were dying at the same time and yet in total isolation, surrounded by the barbed wire of stigma.  In the worst affected countries, life expectancy had fallen by 20 years.

But progress since 2003 has exceeded almost everyone’s expectations. Thanks to PEPFAR, The Global Fund, partner organizations, and the increasing contributions of African nations themselves, 7.6 million Africans are on treatment.  More than 1 million mother-to-child infections have been prevented by PEPFAR alone.

The work, of course, is unfinished. Across sub-Saharan Africa, more than half of people who need treatment still lack it based on new WHO guidelines, and the percentage is even higher among infants with HIV. Yet advances in the fight against HIV/AIDS over the last decade have been some of the swiftest, most dramatic in the history of public health.  Much of a generation has been saved from needless death.

This obviously matters most to the parents who are living to raise their children and the children who living to build their lives and their countries.

But PEPFAR also represents some good things about America – things worth celebrating as America celebrates its birthday.

This great national effort has shown the best face of the American political system.  It has been genuinely bipartisan – the work of a Republican president, joined by congressional leaders of both parties, skillfully implemented across two administrations.  It is a safe harbor from bitterness and division, demonstrating what our country can accomplish with a unifying goal.

PEPFAR has also become the best face of America in large parts of the world.  While many Americans know little about it, even in the smallest African villages, people know what PEPFAR means.

In 2005, a friend of mine visited a remote clinic in Zambia.  She found that some people who had come to the facility – sick with AIDS – had walked for days in the hope of treatment.  When asked why they had come, one Zambian woman responded, “Because we heard the Americans are going to help us.”

That is a familiar refrain in history.  In Nazi-occupied Europe… in the gulags of the Soviet Union… there were many who said, “We heard the Americans are going to help us.”  That is what America has been, and should always be.

PEPFAR is perhaps the greatest American work of mercy since the Marshall Plan. And Americans should know about it and be proud of it.

Because of these gains, the fight against AIDS has reached a critical moment. There is now a realistic scientific prospect – not just of providing broader treatment – but of dramatically reducing new infections.  A series of interventions – including male circumcision, condom use and early treatment – can make the disease harder to pass long.  And the transmission of HIV from mother to child can be prevented in nearly all cases with a few simple pills.

When these and other forms of prevention are combined and focused in the most affected groups, in the most affected places, scientists project a reduction in transmission of up to 60 percent. At that point, the number of new infections would drop lower than the number of new people put on treatment – which would be a turning point in this struggle.  We are on the verge of something exciting: the beginning of the end of the AIDS pandemic.

Our sense of urgency should be just as great as it was a decade ago.  And the effort and idealism of ONE members is needed now more than ever.  Everyone who has supported PEPFAR over the years has reason to be proud; but no one who supports it has reason to be complacent, until all the wards are emptied. 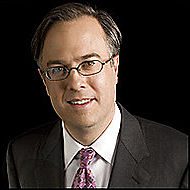 This article was first published at ONE.org.