Applying to Medical School at 54

I think my readers will find this article interesting – Timothy Dalrymple

By Ghent Lummis as told to Marta Hummel Mossburg 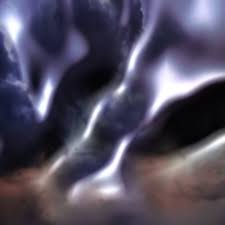 “Ghent,” said my Guardian Angel at a recovery meeting, “I want you to become a doctor.”

I was 50 and immediately reacted, saying, “I can’t become a doctor! It’s too late!” The Angel replied, “Ghent, you are still a young man and the world doesn’t have too many doctors.”

It wasn’t the only time he had radically changed my life.

The first time he spoke to me he told me, “follow your head or your heart, and they will lead you to the same destination.” At the time I was living in Florida with my then-wife Patricia spending about $200,000 a year on cocaine, so I questioned my sanity. (I inherited a bunch of money when my cousin Howard Hughes died. As it turns out, there really isn’t such a thing as too much money when it comes to drug addiction.)

The men in my family all have similar voices and, while this voice was not mine, or my father’s, or one of my brothers’, it clearly was related. I knew exactly what it meant: leave my wife and get clean. In that last year of using in 2006 there were probably six times that I went for a period of nine days without sleeping and with very little to eat. The goal of every day became to get through it without killing myself, and I relied on the only tools I had left at my disposal: alcohol and drugs. It doesn’t make sense to me that I survived this.

But it helped that in the early days of my sobriety, after I returned to my hometown of Houston at 47, the Angel micromanaged my life. I could be sitting in a recovery meeting, for example, and I could ask it questions through prayer and it would respond. I would ask, “What about that person?” He would respond, “No, that person has a Valium addiction that they have not addressed,” or “No, that person has a problem with dishonesty, stay away from them.” But sometimes he would say, “Yes! That’s a solid person with good sobriety, go talk with them.”

I’d often leave meetings with splitting headaches from having to simultaneously listen, think of and relate my experience to the Angel, take instruction and be prepared to recall the information, organize the information into a cohesive format, and then relate it to the group.

But I saw that the Angel was using me to say the words that others needed to hear to help them deal with their issues. It really was an amazing experience – until the doctor pronouncement.

The profession the Angel chose was not surprising. My father was a doctor and there are four generations of doctors on my mother’s side. But from the age of three I had decided I wanted nothing to do with medicine. I remember sitting on the floor at home, playing with my grandfather’s doctor’s kit, when a strange man came in the front door and picked me up. Terrified, I shrieked. My mother came in from the kitchen and laughed, saying, “Ghent, don’t you recognize your father?”I remember feeling traumatized, but also feeling sorry for my father, who had scared his own son because he was never home.

After the Angel’s request, I fell into one of the deepest depressions of my life. I spent three weeks in prayer and meditation and did not hear a single word from him. By the end of the time, when I had made up my mind, I got on my knees and said, “Okay, God, I am going to do this.” The Angel immediately came back and said, “That’s great! It won’t be easy, and you will face many setbacks, but you are just going to have to keep going.”

In January I finished three years of pre-med requirements at the University of Houston and am now studying for the MCAT so that I can apply to medical school in the fall. At times I didn’t think that I would make it. Organic chemistry was the hardest. I would study for five hours and at the end of the day I wouldn’t know any more. The next day would be the same. I started to become terrified of opening the book and failing one more time. I often would have to pedal a stationary bike in order to study.

If I start medical school in 2015 and complete the degree, the earliest I could begin practicing is at 59.

Medical school isn’t the only challenge my Guardian Angel set before me. I started trail running in the early days of getting sober. At first I could run six minutes. I’ve since finished 6 Ironman triathlons (2.4 mile swim, 112 mile bike and 26.2 mile run) and am signed up for two more this year.

One of the biggest motivations for training is my cousin Will McCurdy, who suffers from Barth syndrome, a rare genetic disorder that causes severe heart problems, growth delay and muscle weakness, and the other boys who suffer from it. There are times when I’ve been really physically beaten up and don’t want to race. And sometimes I think it would be better to simply write a check to support research for the disease rather than finding race sponsors, too. But one time I received a letter from a mother who wrote that her son doesn’t understand why somebody who doesn’t know him would work so hard to save his life. After that, any burnout didn’t matter. And the truth is, the race is a day of prayer and meditation.

From a rational standpoint the work in front of me doesn’t make a lot of sense. But one thing I know is that my Guardian Angel doesn’t give me something to do and then abandon me. 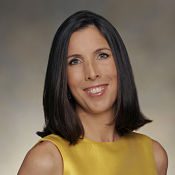 Marta Hummel Mossburg is a writer who lives in Maryland. She graduated from University of Virginia in 1995 and blogged for Patheos at The Pandemonium Files

July 16, 2014
Michael Gerson: Looking Back on a Decade of PEPFAR
Next Post

July 22, 2014 Always ‘In the Hunt’
Recent Comments
0 | Leave a Comment
Browse Our Archives
get the latest from
Evangelical
Sign up for our newsletter
POPULAR AT PATHEOS Evangelical
1

The Scientist Who Calculates the End...
Cranach
Related posts from Philosophical Fragments