The Secularization of Suicide: Guarding the Elevators

It’s a pleasure for me to publish this piece from Dr. Jerry Pattengale, who is University Professor at Indiana Wesleyan University as well as the Director of the Green Scholars Initiative. Jerry is a kind of academic entrepreneur, an innovator and developer of new learning approaches and ventures.

The Secularization of Suicide

“Frequent Flyers” has taken on a new meaning in the Missouri hotel I frequent. It refers to the jumpers from the tenth-floor balcony into an indoor mezzanine. Its marble floors aren’t very receptive but are cooperative.

During my first few visits I couldn’t figure out why uniformed officers sat on a stool 24/7 directly across from the elevator doors. After all, a new complex card system controls access to any floor. Then a frequent guest asked, “Did you see the jumper yesterday?” I thought he was talking about someone rappelling from the outside of the building. He added, “Yep, she landed spread eagle right over there where a table used to be. I think it was the eighth.”

I could only verify it as the third since 2012, which was still tragic. Was it the scenic landing area for a person contemplating last thoughts? Perhaps being indoors in the heat? Another guest posited a more likely reason; “It’s the tallest building in the entire area.”

The last action the jumpers had taken was to push the very elevator button I often pushed to get to my tenth-floor room, but my length of sleep was in stark contrast to theirs.

What did the officer look for in a person approaching the elevator? What signs would possibly give away a jumper? Did they look nervous? Exhausted? Unkempt? Or were they calm and well groomed, as if they were prepared for a funeral?

And I wonder what drove them to such conclusions? Broken relationships? Illness? Financial ruin? Or something like manic depression caused by a neurochemical imbalance?

Early in my teaching career a brilliant, handsome college student jumped from a freeway bridge—weeks before his California graduation with honors. He was our student body president, and one of my favorites. But without taking his depression medicine a flat tire on an overpass came at the worst of times.

His death prompted discussions on campus about eternal destinations. A few years later, Dr. Lewis Smedes from nearby Fuller Theological Seminary wrote, “We should worry less about whether Christians who have killed themselves go to heaven, and worry more about how we can help people like them find hope and joy in living. Our most urgent problem is not the morality of suicide but the spiritual and mental despair that drags people down to it.” Those still with us “slipping so silently toward death . . . are our burden.” See his Standing on the Promises: Keeping Hope Alive for a Tomorrow We Cannot Control. He cites Romans 8:32 as hope for these fallen, “that neither life nor death can separate the believer from the love of God in Christ Jesus” (Christianity Today, “Is Suicide Unforgivable”). He also notes that none of the six suicide cases recorded in Scripture condemn the person to hell.

According to Smedes, “Every 17 minutes someone in America commits suicide. In North America, suicide is the third-leading cause of death among people 15 to 25 years old, college students for the great part. And note this tragic feature of American life: among children between 5 and 14 years of age, suicide is the sixth most common cause of death.”

If we heed Smedes’ advice about accepting the burden of those still living, regardless of our theology of those already dead, we need a framework of understanding and intervention.

Alex Lickerman, MD, identifies “Six Reasons People Attempt Suicide” in Psychology Today. The first and most common is indeed depression, a “pervasive sense of suffering” accompanied by hopelessness, but nearly always preventable. Help often starts with a simple question, such as, “Are you having suicidal thoughts?” According to the Stanford School of Medicine, 15% of the 2.2 million Americans with the Bipolar Disorder commit suicide. See his The Undefeated Mind: On the Science of Constructing an Indestructible Self. Imagine officers at the Missouri elevators asking that question.

A second common reason is that the person is psychotic. “Malevolent inner voices often command self-destruction for unintelligible reasons.” However, this is treatable, and life can be manageable in most situations, but sometimes drastic intervention is needed to get back on track, such as involuntary hospitalization and psychiatric medication admission to hospital wards. Imagine officers asking suspected jumpers, “Are you hearing inner voices?”

Some suicide results from impulsive behavior, usually brought on by drugs, alcohol or both, and it’s often unpredictable if this the only time they’ll attempt suicide. Dr. Tim Steenbergh (Psychologist at IWU) notes, “Underlying depression in combination with substance use can be a deadly combination.” Dr. Lickerman implies that those making unfilled threats are often embarrassed in the morning. Perhaps it would be insensitive for officers to ask, “Are you going to regret this in the morning?” And with a popular bar near the lobby, they’d become hoarse with constant inquiries.

Others are crying out for help. They’re feeling a lot of pain and usually want help, but not death. Unfortunately, for the stereotypical teen case involving an overdose on household medicine, they don’t realize that complications, such as liver damage, can kill them even with their stomach pumped. Perhaps officers could give them a reality check before they unwittingly check out. But “reality check” is our lay term from something much more complex and complicated by the teens’ pain and hopelessness.

A growing number seem to claim a philosophical desire to die. Terminal illness or chronic pain prompt their rationalized decisions. Contrary to orthodox Christian positions, Dr. Lickerman, a Buddhist, believes we should let them. Michael Gerson in the Washington Post presents a more convincing view of this “gnawing horror” in “Our Excessive Tolerance of Suicide,” and highlights that 1800 Belgians chose state assisted suicide last year. He reminds us that “A qualification can slide into a justification.” Would the officer at the elevator simply check for a state certification?

And one of the more tragic causes of death is “mistakes.” Lickerman cites youth flirting with oxygen deprivation for a temporary high, and the only prevention is education. Sadly, none of these victims would ever make it to the officer.

In a sense, we all sit at someone’s elevator door, sometimes that of several, and usually unaware. The harshness of suicide is that we may not see the warning signs before they push the final button, but their fall hits so very hard at our feet. In my Missouri hotel, the officers aren’t trained to catch jumpers after they leap, but before. 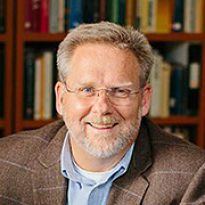 Jerry Pattengale directs the Green Scholars Initiative, and recently Indiana Wesleyan University named him its first University Professor. He also holds distinguished appointments at Baylor University, Tyndale House, Sagamore Institute and Gordon-Conwell Theological Seminary. He serves as associate publisher for Christian Scholar’s Review and on the board for The Religion News Service. In addition to his academic publications he has contributed to many national venues, such as Wall Street Journal, Chicago Tribune, InsideHigherEd.com, Washington Post, Books & Culture, Christianity Today and others. His PhD is in Ancient History, Miami (OH) under Edwin M. Yamauchi. Used with permission of the author, this article will appear in the Chronicle Tribune 9.28.2014.