Why Evangelicals Are Supporting Romney

I don’t think so — but some have suggested it does.  As the Republican national convention is underway, it’s worth revisiting this issue:

What’s surprising in 2012 is the relative lack of anxiety on the other [non-Mormon] side, among evangelicals who for years considered Mormonism a “cult” that was to be feared, not embraced.

In fact, the relative ambivalence among prominent evangelicals about this new “Mormon moment” — and the fact that Romney’s campaign could mainstream Mormonism right into the Oval Office – could radically shift the dynamics on America’s political and religious landscape.

My friend and Patheos blogger Scot McKnight said that Merritt “nails it.”  He goes on: “the evangelical voice has grown strangely silent on Romney’s Mormon faith, and it is for one reason: politics too often matters more.”

I disagree.  Conservative evangelicals (progressive evangelicals are another matter, of course) are supporting Romney because they’re showing a measure of political maturity. 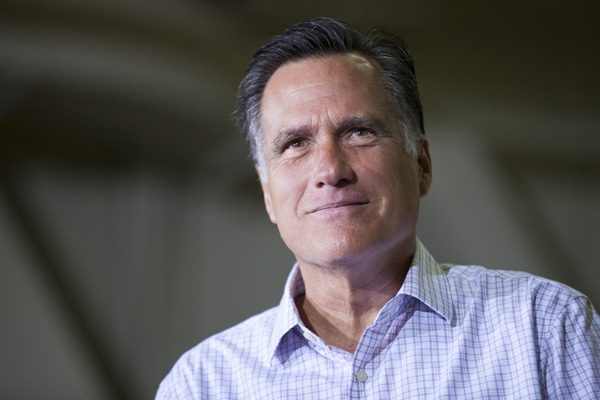 First of all, evangelicals like myself who supported Romney throughout the primary know that other evangelicals were hardly holding their fire when it comes to Mitt’s Mormonism.  I can’t tell you how many emails and messages I received informing me that Mormonism is a cult and that supporting Romney for the GOP candidacy was doing the devil’s work.  Robert Jeffress is commonly cited as the voice of the evangelical extreme on this issue, but while I stringently disagreed with labeling Mormonism a “cult,” what Jeffress articulated at the Values Voters Summit in 2011 was a reasonable position: Given two equally qualified conservatives candidates, one Mormon and the other evangelical, he would prefer an evangelical.  But Jeffress made clear even then that, were Romney to win the nomination, he would have Jeffress’ full support over against Barack Obama.

Let’s not forget that some Christian conservatives were so concerned by what looked like the increasingly likely prospect of a Romney presidency that they rallied in a Texas conclave in order to come to a consensus on an alternative to support.  While Romney’s representatives were invited, the conclave was a microcosm of the primary, where social conservatives lurched from one bad candidate to another, in search of a Not-Mitt to support.

Once he won the primary, however, was it hypocritical of conservative evangelicals then to support Romney?  Are they showing that they care more about the election of a conservative than the salvation of souls?

Of course not.  There’s no compelling reason to believe that Mitt’s election would lead more people to convert to Mormonism.  George W. Bush did not make Methodism more popular, and Barack Obama has not made the United Church of Christ more popular.  There’s no evidence that John F. Kennedy swelled the ranks of the Catholic church, and no one seemed terribly concerned that Joseph Lieberman as Vice President would lead more people to become Jewish.

Granted, you might say, but Mormonism is on the fringe in a way that Methodism and Catholicism are/were not.  This would “mainstream” Mormonism, and thus would lead more people to take Mormonism seriously as a religious option.  To which I say: So what?  Let them learn about Mormonism and make a decision.  I’m not afraid of people learning more about Mormonism and its distinctives from historic Christianity.  And if Americans learn that Mormons are by and large ordinary and honorable people, that’s a good thing, in my book.  Besides, a Mitt Romney presidency is just as likely to turn people off from Mormonism as it is to turn them on to it.

Perhaps evangelicals are supporting Romney because they understand that they’re voting for a President and not a Pontiff.  Perhaps they’re supporting Mitt for the Presidency because, you know, they actually think he’d be a better President than Obama.  Seems perfectly reasonable to me.  While I would be uncomfortable with a satanist in the White House because I do fear that his fundamental values and beliefs would lead him to make decisions I would regard as morally objectionable, I have no reason to believe that the distinctive Mormon christology would lead Romney to make the wrong executive decisions.

Evangelicals are supporting Romney because they’re grownups.  Many wanted someone else to win the primary, but evangelicals are not merely mashing their sour grapes.  They’re supporting the man who is, by a hundred miles, a far better man for the White House than Barack Obama.  We recognize the importance of evicting Obama from the White House; we understand that we’re not endorsing a theologian but electing an executive; and we’re prioritizing issues like protecting the unborn and rebuilding a flourishing economy and culture over having someone in the White House who thinks about the Trinity in the same way we do.

Romney’s speeches at places like Liberty University have made a difference, as Romney has begun to project the kind of full-orbed vision of American renewal, from its moral and cultural roots to its families and communities and businesses and economy, that conservative evangelicals are eager to support.  Obama’s decisions and statements with regard to the HHS mandate and same-sex marriage have only strengthened evangelical support for Romney as well.

In the last analysis, evangelicals find themselves facing in this election just as they have for two generations an inexorable logic: (a) Abortion is the supreme moral issue of our time.  (b) The Democratic Party is unequivocally the party of abortion.  (c) Electing a Democrat (even a pro-life one, which Obama is not) is strengthening the party of abortion and prolonging the abortion regime in America.  (d) Ergo, the only hope for serious progress on the abortion issue is in electing Republicans.

But it’s not only the abortion issue.  On many issues, Romney gives conservative evangelicals the best chance for progress.  When you consider the fact that he is also a man of extraordinary personal integrity, even more remarkable intelligence and competency, and an extremely successful business leader with precisely the kind of economic experience this country needs, there’s no question why conservative evangelicals would support Romney: because they’re not stupid. 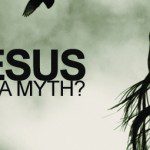 Persecution: The New Reality for Biblical...
The Chorus In The Chaos
Related posts from Philosophical Fragments