Timothy Dalrymple: We Need Better, Not Less, Religion in Politics

When Christians Get Depressed: “My raw material may be shoddy – my genetic code seemingly designed for depression – but God is using it to transform me. My pride was my downfall, but my faith is my salvation.”

Brave Small World: “Applied to theology then, to observe is to be disturbed by God. It is to have your eyes opened, your heart transformed, you spirit moved, your mind changed.”

Social Media and Privacy: “In years past, if I were at a dinner party at your home, I would not take a photo of you, print multiple copies, and then send it to all of my friends without first asking your permission. Why, then, would I think it’s okay to do this digitally?”

When Sunday School Is for Mommies: “So what has been coming out of Mommy lately?”

Why God Loves Play: “From God’s perspective, play is not a distraction from “real life.” Play is so important partly because it prefigures the final state of affairs: the joy of the celebration of God’s kingdom.”

Religion and Wooing Voters: “Church affiliation has always been the way people in my hometown have identified themselves. California has the Crips and the Bloods. Georgia has the Baptists and the Methodists… It’s a way of saying there’s me, then there is you. Us and them. Blacks and Whites. Christians and Muslims. The Anointed and the Anti-Christ…Wearisome rhetoric devised to divvy up property rights to heaven.”

But Leave It There: “It’s ironic. People are always accusing politicians of being hypocrites, but in this instance we have a large segment of the population actually demanding it of them. “Go to church all you want, but leave it there” has nothing at all to do with separation of church and state.”

Evangelization Needs Profanity: “Our example is Jesus. A very rude houseguest sometimes. The Rabbi who humiliates you in front of friends and company, then dies for you afterwards. This is love. Total madness. Christ.”

A Candidate’s Religion Counts: “A good voter will take religion into account. A bigot will consider religious views with littler or no political bearing and refuse to vote for a man who has ideas he thinks are “weird.” Such a bigot misses the fact that his “weird” is another man’s normal.” 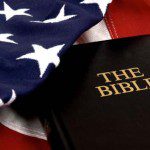 October 18, 2012
Four Reasons Why a Candidate's Faith Matters - And Why This Helps Romney
Next Post 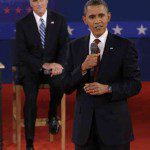