If Robert Jeffress—who famously called Mormonism a “cult” and Romney “not a Christian”—had merely urged Christians to prefer their fellow Christians amongst equally qualified candidates, he would not have found himself in such hot water. A simple thought experiment shows us that most of us are, in fact, willing to consider a candidate’s faith in our assessments of his or her suitability for office. Would you be unwilling (or at least less willing) to vote for an atheist? Or a Satanist? What about a candidate who worships the Flying Spaghetti Monster? Or Elvis? Or Hitler? Or a candidate who believes that human life is less valuable than animal life, or that God honors those who slay the disbelievers, or that the world is supposed to end in a nuclear conflagration in 2013? 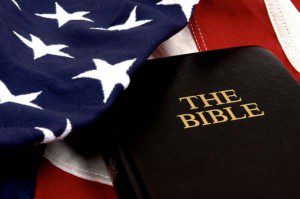 This is neither unconstitutional nor unreasonable. To prohibit the government from imposing a “religious test” is obviously not to require individual voters to ignore candidates’ religious beliefs in the voting booth. I find four reasons why religious beliefs are “fair game.”

First, and most obviously, religious beliefs and practices are so closely intertwined with our ethical commitments and our personal moral values that they are all but inseparable. We like to speak of religious beliefs, moral principles and political views as though they are all easily compartmentalized, but they’re not. In many religious traditions, there is no distinction at all between the religious and the ethical, and so a person’s religious beliefs will tell us much about the values and principles that will guide his behavior in office. Mitt Romney will be pressed on the former racial policies of the LDS Church. Romney has a persuasive response, but it’s a fair question precisely because religious and social views inform one another.

Second, religious beliefs tell us something about the character of a person. How will he respond under duress? How quickly will he succumb to the temptation to sacrifice the good of others in order to advance his own political interests? Many believe, not unreasonably, that religious systems that encourage honesty, integrity and self-sacrifice, that teach accountability before a higher power and that profess absolute moral values (such as the sacred value of human life) will render a candidate more likely to do the right thing in office.

Third, a candidate’s religious beliefs tell us something about his rationality. We may reasonably question the belief-forming mechanisms of the candidate who earnestly worships the Flying Spaghetti Monster. Or the atheist may conclude that fundamentalist Christian beliefs are so clearly irrational that any person who assents to them cannot be trusted to make solid judgments on, say, whether a dictator is under demonic influence.

And fourth, if you believe that prayer has any positive effect (whether that effect is swaying the will of God or illuminating the right path or merely humbling and refining the person who prays), then you may prefer a candidate who prays. The same could be said of other religious practices. Those who deny that a candidate’s faith should be a factor for the voter effectively assert that faith has no effect on our public lives. Yet this is clearly empirically false.

Where Jeffress went astray was in his rudely partisan attack on Mormonism. (And for the record, Jeffress, true to his word, has supported Romney over Obama.) For all their theological differences, Mormons profess the same values as, and in many cases live them out more consistently, than traditional Christians. They demonstrate great character in their public lives; their theological views are not so wildly irrational (especially for those who believe in a Creator God who engages the historical sphere) that their belief-forming mechanisms cannot be trusted; and Mormons are shaped by many of the same religious practices as traditional Christians—practices like prayer, worship and service.

Evangelicals—and I speak as an evangelical who loves the evangelical church—have been badly miseducated about Mormonism. There are significant theological differences that may well have spiritual, even soteriological, consequences, but it’s hard to imagine how the Mormon view of the Trinity would lead Romney to take an action in the Oval Office that a traditional Christian would not.

One of the better comments to have issued from the mouth of Richard Land in recent memory was his observation that some evangelicals were leery of Romney not because he was too Mormon but because he was not Mormon enough. Yet I would amend that to say: Romney was not allowing evangelicals and other Christians to see his Mormonism enough. Understandably reticent to raise the issue, and understandably skeptical of evangelicals who had so often spurned the outreached hand, Romney had not allowed audiences to see his heartfelt commitment to God and his church. In recent months, evangelicals have seen more of the real Mitt Romney, and they’ve liked what they’ve seen.

When it comes to Obama, it seems that no matter how often he attests that he is truly a Christian, his faith looks and feels foreign to many American evangelicals. The persistence of the Muslim rumor is nothing if it’s not evidence of the enduring impression that “his” faith is not “ours.” This is, I’m convinced, because of the native liberalism of his theological and moral intuitions. Without getting into the Reverend Wright debacle, Obama belonged for twenty years to a UCC church, and the UCC Statement of Faith offers no clear affirmation of the deity of Christ or the authority and trustworthiness of the scriptures. One cannot conclude from the UCC Statement of Faith to Obama’s personal beliefs, of course, but the point is that Obama’s variety of Protestantism is quite far from the experience of most evangelicals. What emerges religiously from Obama’s memoirs and other testimonies is something like a combination of the social gospel of Rauschenbusch, the liberal Protestantism of von Harnack and Bultmann and Tillich, and the liberation theology of Gutierrez and Cone.

Note: This is revised from an essay that was first published at religionandpolitics.org. 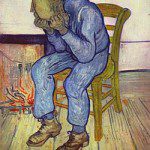