The Wide Path to Readership

I’m very pleased to publish the following guest post from Grady Powell, who is Executive Director of the exceptional Trinity Forum Academy. Check out their upcoming event, “Whose Headline is it Anyway?”, from January 31-February 2nd at the lovely Osprey Pointe.

The worry and flurry around Amazon founder Jeff Bezos purchasing The Washington Post this past August has mostly died down, but the deeper question of how the purchase might benefit Bezos, and effect the rest of us, looms.  It has at least been suggested that Bezos may be interested in gaining more influence within the Beltway, which is plausible because it’s difficult to imagine how the Post would be a sure financial bet. Bezos also seems to be doing just fine without it. The deeper concern is that the Post, one of the few venerable news sources still standing, is now on its way to the advertisers.

When Rupert Murdoch bought Dow Jones, the parent company of The Wall Street Journal, in 2007, similar concerns were raised. The Journal was expected to quickly descend to the ranks of Murdoch’s tabloids and political schemes, selling out whatever journalistic integrity remained. However, the Journal has neither made money, nor become in any significant way Murdoch’s political vehicle. Instead, Michael Wolff suggests that it has succumbed to something more subtle, numbing, and dangerous – the news appetite of the mass market. Wolff’s story line proved immediately plausible to me thanks to a previously inexplicable editorial decision in the WSJ directly following the death of Apple founder and CEO, Steve Jobs. The decision felt inhuman and blew Murdoch’s cover.

On Oct 5, 2011 Steve Jobs passed away from his battle with pancreatic cancer. On Oct 8, three days later, WSJ published the feature Weekend Review article by Andy Crouch entitled “Steve Jobs: The Secular Prophet”. In addition to the pleasant surprise of seeing Crouch’s name, and reading his critique of the tech gospel, I was struck by the nearly full-page portrait of Jobs, painted saint-like against an earthy backdrop, gazing peacefully into the distance. A warm halo rose around him, shining through his silver hair. His black turtleneck never more frock-like.

The following week, on Oct 15, I again turned to the WSJ Weekend Review and was shocked. Seven days after setting Jobs in his grave, WSJ literally heralded the birth of the new tech savior – Jeff Bezos – in Richard Brandt’s “The Birth of a Salesman”. The corresponding full-page portrait said it all. Bezos’s black and white photo was set on a stark white background – clean. His halo was not the warm glow of sunlight, but a radiating ice-crown of full-color Amazon gear. Rather than a peaceful gaze into the future, Bezos grinned at me with a devilish “now-watch-what-I-can-do”.

How could this be? Jobs had just died, passing into tech heaven, ready to receive our prayers for protection from bad design. Bezos somehow arrived overnight in power. I struggled to understand what the editor was thinking. Were they so bald in their belief in the promise of technology that the human story just didn’t matter? In retrospect, I actually wish this was what the editor was trying to say, “Thanks Steve. We’re sorry to see you go, but as you probably expected, there’s someone new on the scene who has bigger and better technology. We thought you were the one, but apparently not.”

Now, however, I understand Wolff’s thesis – the editor wasn’t saying anything at all. Murdoch didn’t make the Journal into a salacious political rag, or even make any obvious attempts to sell more ads; instead he simply turned it into an information product. Bezos just happened to be next in line. As Wolff decries:

Murdoch and Thomson [CEO of News Corp, Down Jones’s parent company] took one of the most distinctive, stylized and “branded” voices in journalism – its look and feel recognizable at 30 paces – and flattened it. Adding signature Murdoch elements has not been the strategy: his political accents have been few, his tabloid flare absent. Instead, the strategy has been to cleanse it of identifying marks. The Wall Street Journal, which was a shrinking business when Murdoch bought it, with its profit margins whittled to almost nothing, is now a highly-proficient, well-executed information product – no more, no less.

Now that Bezos owns The Washington Post, I am not worried that we face any blatant threat to our freedom, as if Bezos will somehow gain greater influence than he already could have in Washington. I am concerned in something much deeper, that whatever flavor we once tasted in The Post will now be championed just long enough to remix it to suit the blander tastes of a wider market (the WSJ doesn’t lack kale recipes). In this broadening we will lose our ability to imagine the kinds of profound human interactions that seem to matter to just a few of us—in this case those who follow the tech industry—in exchange for the information that hardly matters to any of us.

In the digital age the radio industry is also struggling with the same pressures to flatten. As Hannah Karp recently remarked: “Faced with growing competition from digital alternatives, traditional broadcasters have managed to expand their listenership with an unlikely tactic: offering less variety than ever.” The immediate cost is born by the artists themselves, who, even once they hit the Top 40, aren’t able to promote their new songs over and above their older hits. Fewer new artists, or even varying styles, are introduced because more sophisticated digital data demonstrate that listeners tune in longer when they hear familiar music.

At first you might be thankful to only hear music that you (and most other people on the radio) like, or read news stories that interest you. At some point, however, the lack of contrast makes you forget why you liked the music in the first place. This is a formula for developing a dull life, living peacefully without convictions in a wider culture of ingratitude.

Drawing from Makoto Fujimura’s work on culture care, you might say biodiversity within our cultural ecosystem is being dramatically reduced. The cost of neglecting our rich, diverse, and complex culture is our very ability to imagine a full life, to develop new ideas, to fundamentally enjoy beauty, or our work, or relationships, or worship. Fujimura comments in his forthcoming book:

We can say that Culture Care is applied generative thinking. Culture Care ultimately results in a generative cultural environment: open to questions of meaning, reaching beyond mere survival, inspiring people to meaningful action, and leading toward wholeness and harmony.

The alternative to a generative radio industry that is open to new artists, styles, and songs is one of safe plays. Karp quotes Ebro Darden, VP of Programming at New York’s Hot 97, “In the new intensely scrutinized world of radio, taking risks is not rewarded, so we have to be more careful than ever before.” It’s one thing when your DJ is being more careful. It’s another when it’s your journalist.

So the threat at The Post is not commercialization from advertisers, but that the advertisers – and more importantly the editors – will have an increasingly broad audience. The flattening tremors are all there. Bezos is reimagining The Post in a new “golden era” in which readers are its centerpiece, not advertisers: 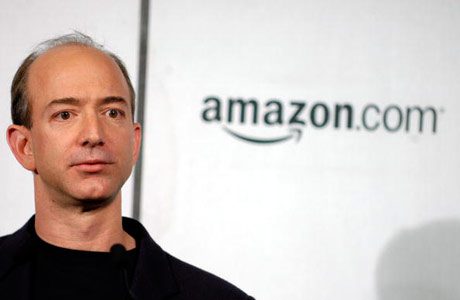 Asked how he saw The Post — as a local, national or international news organization — Bezos demurred. “….Is it local? Or national? Is it something new?” Whatever the mission, he said, The Post will have “readers at its centerpiece. I’m skeptical of any mission that has advertisers at its centerpiece. Whatever the mission is, it has news at its heart.”

Which readers exactly? Kindle readers no doubt – millions of readers who don’t live in DC or any place in particular. Bezos’s basic idea is to take Amazon’s highly successful product-driven business model and replace “customer” with “reader”. Of course Bezos won’t let the advertisers fight for the reader’s attention, because Amazon, the self-promoting marketplace ecosystem, is the only advertiser Bezos needs. For Bezos the reader is already the customer.

So be on the lookout.  If CES 2014 proved anything it may be that Bezos knows how to take dying technologies like vending machines (or even the US Postal Service) to cleanse them of identifying marks, and revamp them to serve Amazon’s growing customer base. I wouldn’t worry about advertisers or media mogul’s political agendas, only that Bezos’s greatest future with The Post likely lies down the wide, flat path of scale and efficiency. 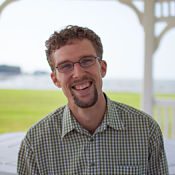 Grady Powell is Executive Director of Trinity Forum Academy, which at the end of January is hosting Whose Headline Is It Anyway?, a weekend retreat for leaders to discuss the crisis of journalism and how Christians can more faithfully and effectively respond. Keynote speakers include Michael Cromartie, founder of the Faith Angle Forum, and rising journalists from The Atlantic and NYT. 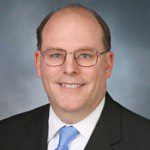