The movie, Noah, is scheduled to be released nationwide on March 28. It has already generated a great deal of controversy among both Christians and non-Christians. Panned (in advance) by some as being unfaithful to the Biblical narrative, Paramount Pictures has released this statement to accompany the film: “The film is inspired by the story of Noah. While artistic license has been taken, we believe that this film is true to the essence, values, and integrity of a story that is a cornerstone of faith for millions of people worldwide. The biblical story of Noah can be found in the book of Genesis.”

The movie, though not yet released, has also generated ire among Muslims, with Egypt’s top Islamic body pressing for the movie to be banned: “Portraying a prophet “contradicts the stature of prophets and messengers… and antagonises the faithful…” claimed Egypt’s Al-Azhar Institute.

Regardless of one’s position on the merits of the movie and its adherence to the Biblical story, the movie features an excellent cast that includes Russell Crowe in the title role, Jennifer Connolly, Ray Winstone, Emma Watson and Anthony Hopkins.  This clip from the movie and how it was made promises theater-goers an eye-popping, striking visual feast:

Note the disclaimer at the end.  What do you think?  Will you go to the theaters to see it?  I will. 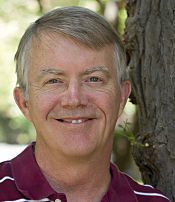 Galen Dalrymple works for Medical Ambassadors International as the Field Curriculum Coordinator and lives in Northern California with his wife, Laurel, and yellow lab, Lucy. His passions are his family, photography, travel, and doing what he can to alleviate suffering and injustice as a call from Jesus.