Adventures in Egalitarian Marriage, Part One: Mrs. Who?

Adventures in Egalitarian Marriage, Part One: Mrs. Who? October 18, 2012 Sierra

“Is your husband home?”

I wasn’t prepared to answer that question.

If my neighbors’ wide, gently sloping rooftops with huge antennae sprouting out like pine branches hadn’t been enough to make me feel like I was living in the 1950s, that question totally did it. I had just been asked by a door-to-door salesman if my husband was available. Whose planet was this!? I glanced down to make sure I wasn’t wearing an apron or a baby.

This was the first of a barrage of weird experiences that have been happening for about a year and a half now. I must have finally reached the threshold at which nobody thinks I’m an undergraduate and therefore everybody thinks I’m a married woman. The two worlds could not be more different.

When I left my fundamentalist church, I expected to find a world taken over by feminists. I had no idea what that would have meant, but I was pretty sure things would be different. I thought maybe people would call me by my own name. I thought I’d be able to sign contracts without anybody asking what my husband thought.

I never thought I’d be 26 and explaining to utility providers that no, this is not, in fact, Mrs. Stuart or the Stuart residence, but they are welcome to come and hook up Mr. Stuart’s cable service tomorrow afternoon.

More and more mail has come to us addressed to Mr. and Mrs. Stuart, or the Stuart family. I don’t know who these mythical people are, since my fiancé’s mother doesn’t even share his last name. One of the strange effects of growing up in a fundamentalist community where there is absolutely no discussion of families having different names is not really what an incredibly name-centric culture we are. When my mother took my father’s name, it certainly made things simpler – but only because our culture attaches enormous importance to the ability to conveniently identify families using just one word. Even though I’ve been with my partner for five years and lived with him for more than half that time, it’s only recently that it’s become glaringly obvious to me that there’s anything surprising about being Mr. Stuart and Ms. Sierra.

Family names are suddenly everywhere to me. “Jones Family” plaques jump off the Home Depot walls and lodge themselves in my brain. I throw out heaps of junk mail addressed to whole families as though they’re individuals. As I’ve discussed before, I have no intention of changing my name after marriage. This experience doesn’t change my commitment, but it does clue me in to the incredible inertia of the family name. I’m going to have to do a lot more explaining than I expected.

I may not be married, but I sure as hell do not consider myself “single” – an idea that I’ll be exploring more as I write this series.

But for now, where does all this pressure come from? Here are the situations where I’ve bumped up (often unexpectedly) against the assumption that I must be Mrs. Stuart:

So there you have it, folks. What makes keeping your name upon marriage “complicated”? Who are the agents of this strange identity theft? The post office, the phone company, and the IRS. Maybe it’s time to write some letters. 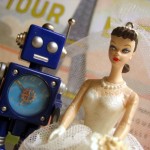 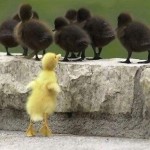 October 20, 2012 Jeremy Lott, Rachel Held Evans, and Taboos in the Evangelical Christian Culture Industry
Browse Our Archives
get the latest from
New Visions
Sign up for our newsletter
POPULAR AT PATHEOS New Visions
1

Psychedelics and Spiritual Practice
by DT Strain At the Spiritual Naturalist Society, we write and talk about contemplative...
view all New Visions blogs
Copyright 2008-2021, Patheos. All rights reserved.