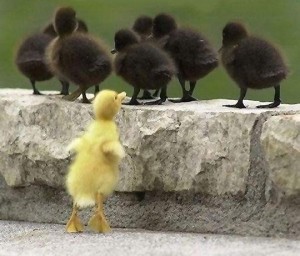 In the attempt to track down sales figures for the evangelical Christian marriage book market, I found the following article by Jeremy Lott. He originally wrote it in 2003, but recently reposted it on his blog. The article discusses the range of products that make up the Christian culture market, including books. I think it’s worthwhile to look at Christian culture as an industry, the same way we look at Hollywood. The booksellers, music labels and product manufacturers are self-consciously creating a culture for evangelicals through the choices they make about what authors and artists get their contracts and hence their money.

When LifeWay decided not to carry Rachel Held Evans’ book, A Year of Biblical Womanhood, it was not just rejecting an author. It was defining what is sacred and what is profane for its consumer base. It was creating a taboo. What makes this an act of censorship rather than a simple economic choice? After all, LifeWay caters to an evangelical Christian audience. It can’t be expected to carry things that are contrary to evangelical Christian values, like Fifty Shades of Grey.

It’s censorship because Rachel Held Evans identifies as an evangelical Christian. She is the demographic to whom LifeWay promotes its products. Refusing to stock Rachel’s book is a rejection of her values. It’s a statement that she might call herself an evangelical Christian, but she’s not, really, or at least not the right kind.

Censorship sounds harsh, doesn’t it? After all, LifeWay is just one retailer. It’s a private, for-profit organization.

Trouble is, Christian culture does not practice the free-market economics it preaches. Conservative Christians are free agents in the sense that no one can arrest them or deport them for buying porn, going to see R-rated movies or reading Fifty Shades of Grey. Those freedoms are guaranteed by the government. But that doesn’t mean they’re allowed to do any of that and retain their membership in conservative, evangelical Christianity as a subculture. LifeWay uses its financial power to help define the boundaries of what evangelical Christians are allowed to consume. Its message is reinforced through the pulpit by pastors who feel empowered to forbid popular media and tell their congregations how to vote. Its message is reinforced through the circulation of power and coercion from member to member of a church.

In my church, a 16 year old boy reading Harry Potter was a scandal. Rob Bell’s Love Wins, a book that criticizes the doctrine of hell, faced similar controversy (LifeWay doesn’t carry that, either). A woman reading A Year of Biblical Womanhood might be subjected to a public intervention, evangelical-style. As innocuous as they may sound to the outsider, prayer lists can function as mechanisms of moral control. You don’t want to end up on a prayer list for your reading choices. You only want to be there if you’re physically sick or actively experiencing persecution. Anything else is a megaphone broadcasting your sin. A book that’s judged “too liberal for LifeWay” is going to get onto some churches’ unspoken banned book lists almost by default. That exclusion is one way you create a culture. 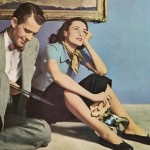 October 18, 2012
Adventures in Egalitarian Marriage, Part One: Mrs. Who?
Next Post 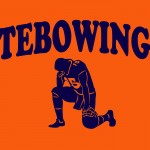 October 20, 2012 Don't Worry, Tim Tebow Just Wants to Control You
Browse Our Archives
get the latest from
New Visions
Sign up for our newsletter
POPULAR AT PATHEOS New Visions
1

Did Donald Trump Break the #1...
Wake Up Call
Related posts from The Phoenix and Olive Branch

New Visions
What my feminism is, and why I'm not...
The Phoenix and Olive Branch
TRENDING AT PATHEOS New Visions

How to Keep a Cool Head in Difficult...
Keeping a cool head is not easy these days. There are so...
view all New Visions blogs
Copyright 2008-2020, Patheos. All rights reserved.