We thought modesty made us timeless

We thought modesty made us timeless January 2, 2013 Sierra

I grew up wearing “holiness.” I’ll wait for a moment so you can finish making jokes. You know you want to.

The reasoning behind this uniform is that clothing should express your personality and your commitment to modesty (and by extension, your commitment to God and your future husband). It should draw attention to your “countenance,” not your figure. These beliefs have an innocent, wholesome veneer that masks a harmful ideology that supports victim-blaming and rape culture.

But my subject’s a little lighter today.

Basically, we thought wearing “holiness” dress meant getting in touch with a timeless, ahistorical, unchanging ideal for women. It looked like this.
Pictures from Still Waters Camp, a Message of the Hour summer event led by the son of William Branham.

It was easy enough to understand. Since we weren’t allowed to participate in any overtly modern beauty practices, we assumed that women in the past (especially Christian women) must have looked a little like us. Personally, I had a thing for Waterhouse paintings:

A problem: idealized paintings made by 19th century painters about 16th century fictional characters don’t really tell you what women looked like in the past.

We told the comprehensive history of feminine apparel along these lines:

Except that narrow trajectory, in which clothing becomes simply skimpier and skimpier, doesn’t jive with actual history. The only real constants in the history of fashion are its tendency to change and its reflection of social hierarchies. To take just the 20th century as an example, the narrative of “slowly taking off clothes” doesn’t fit.

In the early 20th century, hemlines did get shorter – drastically so, if you take the cutting edge (flappers) as your example. But flapper dresses also got looser and showed far less cleavage than their predecessors with their shape-accentuating corsets. Compare the tight-bodiced and low cut dress of the Edwardian era with the shoulder and leg-baring flapper dress and its loose sheath silhouette. Which is more modest? I’m stumped.

To make matters more complicated, waistbands shrunk again in the 40s as designers had to make do with rationed fabric. Then, in the 50s, dresses got all billowy and long again, making use of extra yards of abundant postwar material. Christian Dior was the designer who pioneered this look. Despite the extra yardage, the dress below sits much closer to the upper body than the ones above. Is one style more modest than the other?

Things nipped in again in the 60s, and the hemline rose. But the necklines also rose, burying the cleavage of the Dior days.

I’ll stop there for brevity’s sake.

In each decade, there are possible points and counterpoints. For every flapper there was at least another woman who demurely covered her shoulders and ankles. For every “Jackie-O” inspired fashionista of the 60s, there was a woman who carried on wearing the billowing skirts of the 50s. In the 1990s, only a dedicated minority walked around baring their bellybuttons like Britney Spears. Not everybody wears skinny jeans now.

There has been a range of figure-enhancing and skin-baring from woman to woman within each stage of fashion history. Every generation has had its share of rulebreakers and jeremiads about them. History isn’t just one long strip-tease, with raucous women peeling off layer after modest layer until Good Christian Men are undone. It’s more complicated than that.

I mean, really. Is this modest?

And really, is there so much difference between the amounts of skin showing in this picture…

The “holiness” dress I was raised to wear wasn’t hearkening back to some ageless era when women were virtuous and hemlines were long. It was constructed in the mid-20th century out of fear of feminism, and has been worked at constantly ever since.

If you told my great grandmother that women back in the good old days never took a blade to their hair or let their ankles show, she’d laugh you out of her house before you got the chance to see the photos of her younger self, decked out in bobbed hair and a flapper skirt. 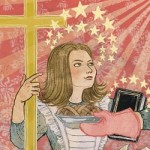 December 22, 2012
Christianity and Christian Patriarchy are not the same thing.
Next Post 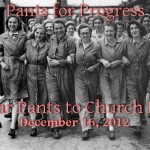 January 3, 2013 Are you part of the pants, pants revolution?
Browse Our Archives
get the latest from
New Visions
Sign up for our newsletter
POPULAR AT PATHEOS New Visions
1 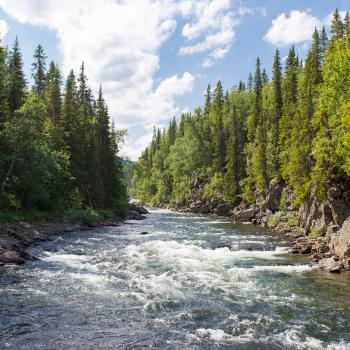 3 Short Thanksgiving Prayers for the SBNR
It’s customary in many homes to say a prayer before Thanksgiving dinner....
view all New Visions blogs
Copyright 2008-2021, Patheos. All rights reserved.