A few days ago, an old friend suggested that it may be incumbent on some of those in dysfunctional churches to advocate for change, suggesting that a confrontation or three may slow the growth of evil in these cancer-ridden organizations. (My paraphrase, not his words.)

I pushed back. “Those who’ve been victimized by corrupt leaders may not have the strength (or calling) to [challenge corrupt leaders] – particularly when they’ve been ‘warned’ by the example of shunning and gossip that have surrounded others who’ve previously tried to challenge.”

In light of recent developments pertaining to the SGM abuse lawsuit mess, a number of bloggers have offered words of compassion to the victims, and heaped burning coals onto the heads of perpetrators and onto the sick system these leaders created to protect themselves. More words (hopefully, some from a judge and jury) will be forthcoming as appeals and civil cases are filed. For every victim listed in the suit, dozens – perhaps hundreds – have been damaged by the bully culture that developed to protect the abusers.

I’ve never been sexually abused by a church leader. I have, however, been thrust into the role of whistleblower, trying to effect change in a toxic church culture. I learned that this thankless task comes with a high personal price tag, and there was no way to count the cost before placing the whistle to my lips and stepping into the role. 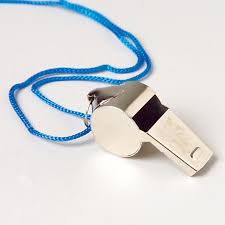 For seven years, my family and I were members of a congregation led by controlling leaders with ties to the Shepherding Movement. I stumbled across the invisible trip wire of their mostly-unwritten rules when I inadvertently violated about 9 of those rules with something I wrote. My words flung themselves like a single moth fluttering against the side of a fortress, that fortress being the shared commitment of the leaders to hide the ongoing sexual sins of one of them. A single flyswatter might have shooed the moth away and no one would have been the wiser, but these leaders had a fortress to protect. They brought out the heavy artillery. And I found myself with a whistle at my lips as a result.

My husband and I experienced all of the classic self-protective and controlling behavior from these men that typically follows in these kinds of cases: shaming, berating, being the subject of gossip, becoming a negative sermon illustration, manipulation, threats and social isolation. The experience blindsided me – I had no context for what they were doing to us, and we’d trusted them and flourished in their system for years prior to the incident.

We left the congregation about a year after I first tried blowing the whistle. If I could send a message in a bottle back in time to the me about to blow the whistle, here’s what I’d say:

You will never be able to trust leaders in the same way again after what you’re about to experience. This is not a bad thing, but you’re going to acquire this new filter of wisdom in your life at the cost of your innocence. (Some might call it naïveté, but your childlike belief in the character of these men was not a frivolous and foolish thing.)

You will not be able to fully trust yourself for years after this experience. Though a decade and a half will pass before the truth about what these men were hiding after you and a string of others first tried to expose it, you will find yourself unsteadied and off-balance for longer than you ever would have imagined when you first began asking questions. After all, you missed the signs and clues for 6 of the years you were with this group, quietly warning you away from full fealty to these leaders.

Your faith will take a beating. At first, it will be the men themselves doing the hurting. Then, once they and many of your former church “family” shun you and your family after you’re asked to leave, you will experience a beating from the enemy of your soul. He will attempt to put the experience on “repeat” in your mind until forgiveness becomes a fairy tale to you. It would have served you well in those early days to get some counseling from someone well-acquainted with spiritual abuse. However, God himself will bring healing into your life as you discover that he doesn’t feel about you the way those men felt about you. He loves you and is for you.

You will not be able to shield your kids from what happens, or from the fallout in your life. They will lose their church friends and their sense of stability because you’ve lost those things, too. They will live through your confusion and hurt. They will sense you’re distracted. And when they ask you questions about God, they will see you cry.

I would tell myself all those things, and then I would beg my younger self to drop the whistle, gather my family around me and head for the exit doors.

If you’ve ever been in an unhealthy church situation, what additional advice would you add to my list?