President Obama’s Greatest Regret – And It Has Nothing To Do With Politics April 30, 2014 Michelle Van Loon

During his visit to Asia last week, a group of Malaysian school kids asked President Obama about his greatest regret.

“I regret not having spent more time with my mother,” Obama candidly told the students when asked about his life regrets. “Because she died early – she got cancer right around when she was my age, actually, she was just a year older than I am now – she died. It happened very fast, in about six months.”

“There was a stretch of time from when I was, let’s say, 20 until I was 30, where I was so busy with my own life that I didn’t always reach out and communicate with her and ask her how she was doing and tell her about things,” Obama said. “I was nice and I’d call and write once in a while. But this goes to what I was saying earlier about what you remember in the end I think is the people you love. I realized that I didn’t – every single day, or at least more often – just spend time with her and find out what she was thinking and what she was doing, because she had been such an important part of my life.” (Click here for the full story)

When I was researching my upcoming book on regret*, I ran across a 2011 study about the kinds of regrets that haunt us. (Click here to read a summary of the findings.) The top regret among the study’s respondents had to do with a failed romantic relationship, followed by education, career, finances, parenting, and health choices. President Obama’s greatest regret – nurturing his relationship with his mom while she was alive – didn’t make it onto the list.

I suspect regret gets folded into the grieving process as we mourn a loved one, particularly as the months turn into years and we recognize just what we’ve lost. My dad died in 1997, on his 64th birthday; my mom 11 years later, at age 68. Like Mr. Obama, I was chin-deep building of my life during the years running up to their deaths. I was Very Busy with so much Super-Important Stuff, most of which got instantly back-burnered the moment the word “cancer” was spoken by their respective physicians. Until each of them received the diagnosis, I assumed they’d be around for decades more.

The acute grief I felt over their respective deaths slowly faded to a dull ache and became a slight, nearly imperceptible limp in the way I walked my days. The writer of Ecclesiastes explains that the limp is meant to school us:

Even when we are privileged to say goodbye well to a loved one, the house of mourning carries with it unavoidable regret of the kind President Obama mentioned. As months moved into years after the deaths of my parents, I realized how much of life I could no longer share with them: the things my grandchildren/their great-grandkids did and said, connection at weddings, graduations or holidays, conversations about our family’s history. And I regretted my assumption – the assumption most of us carry until we get dragged into the house of mourning – that my parents would be around.

That there’d be time.

Regret is the name of the limp that reminds us that there isn’t always time. Though regret is normally a soul-suffocator, this specific breed of regret points us at what matters most, which, not so coincidentally, rarely has anything to do with the Super-Important Stuff that fills our days.

On a related note: my book is now available for pre-order. Click here to check it out – and order a copy or four. 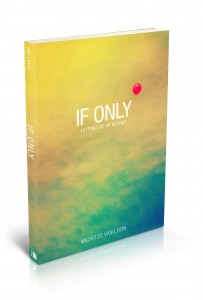 May 3, 2014 "The Church is the New Israel": Ideas Have Consequences
Recent Comments
0 | Leave a Comment
"The problem of Nepotism within church is really only an issue because we run church ..."
Roland Pope Nepotism And The Local Church: A ..."
"Followed a link from CT. I find this to true. The church I attend doesn’t ..."
The Rooster 40+ And The Church/Pastoring Those In ..."
"This has recently just occurred at my church and my concern has been the children. ..."
RenewingmymindDaily The Collateral Damage From A Youth ..."
"Childishness, Richard. I keep telling you to try grow up."
rose white Old Testament Foundations And Hebrew Roots
Browse Our Archives
get the latest from
Evangelical
Sign up for our newsletter
POPULAR AT PATHEOS Evangelical
1