The conversation turned to regret, as it sometimes does when two middle-aged women are sharing stories of their lives over lunch. A good friend introduced her good friend Libby Buchanan to me, telling me that Libby had a story to share, and was in the process of writing a book about it.

Libby does indeed have a story to share. Libby is a survivor of the child pornography industry. She’s now an experienced Bible teacher who has penned a manuscript with the working title Treasures of Darkness, about how she’s reconciled years of traumatic experiences with the promises of Scripture, while learning to filter and discard the well-meaning but unhelpful folk theology (“God won’t give you more than you can handle”) she encountered on the way toward healing. You can learn more about Libby here.

Libby told me after she came to faith in Christ as an adult, she and her husband were looking for the kind of structure in which their new faith could be protected and nurtured. This led the family to join a rigid, fundamentalist congregation. While this greenhouse church offered a safe place to begin their journey with Christ, it also was the incubator for one of Libby’s greatest regrets. I’ll let her share the story:

Michelle and I were having lunch not long ago when I mentioned one of my own regrets: sending my kids to an ultra conservative, legalistic school.

When it came to education we had several options. However, my husband and I had not been raised in Christian homes. In fact, in some ways, they were the very antithesis of such; think “in a barn by wolves”. So as shiny new believers, we thought we needed all the help we could get.

Our conservative, reactionary church led us to believe that public schools were hostile to anything Christian, so we turned to the private sector. Not prepared to home school, we picked SCS as a place to educate our kids. Our thinking? Old fashion conduct policies plus old time religion– what could possibly go wrong? Apparently, plenty; I was going to find out the hard way just how callously the school was going to try to force my round peg kids to fit into their square-hole expectations.

For example, parent – teacher conferences were spent trying to help the teachers cope with the fact that two of my kids had ADD. I’m not sure they ever did believe that there was actually a reason my kids were behaving the way they were. Instead, Jesse and her brother John were seen as trouble makers, as being disorderly and scattered-brained. They certainly didn’t fit the buttoned up image the Christian school wanted their students to have.

We were a few years into our experience when Jesse’s teacher pulled me aside. Now, to be fair, the school had some good teachers, like this particular one. It had an excellent curriculum and even a big belief in fun field trips. It wasn’t like it had been a total loss. I just had no idea what it was costing my kids—especially my daughter.

“Jesse’s becoming more and more unhappy, Ms Buchanan. I don’t know what to do…”

Maybe, deep down somewhere dark, I was aware of the change in Jesse too. But I didn’t have any answers either. Now, though, the teacher’s words struck me hard and my vague concerns for Jesse had a hook to hang them on.

You see, Jesse had always been a happy kid. Look, I know parents want to believe their kids are happy, but with Jesse we had hit the jackpot. Oh, she could pout, stamp her feet and demand her way with the best of them. But underneath it all, she was known to be an exceptionally happy, carefree child. If you had seen her then, you’d have seen a grinning, little imp of a girl. She had huge blue eyes and wildly curly blond hair that absolutely refused to behave. I have a forever memory of her at five years old, triumphantly holding out a bouquet of stolen garden flowers, joy shinning in her eyes.

But this was not another behavioral problem. This was not about Jesse getting up from her desk too often or squirming too much at the art table. My daughter’s very nature was at stake. Now as I turned to kneel before her, I had to lift her face up so I could see her. I can’t begin to tell you how wretched I felt when I saw sadness and shame—not joy and gladness, in her eyes.

How could I have missed it? I was stricken with regret and remorse. What had I done? How could this happen?

We had been neither wise nor spiritually mature enough at the time to see beyond the school’s legalistic veneer. I had no idea they used shame and ridicule to enforce compliance. I had no idea that individuality was not welcomed, only conformity; that Jesse’s questions were seen as defiance and her exceptionality as a threat. The pain my daughter suffered as she struggled to fit into the square peg was changing who she was–who God created her to be–and my heart twisted within me.

I will always be grateful to that teacher. At least she was able to see and care enough to bring Jesse’s unhappiness to my attention. Needless to say, we pulled the kids out of the school. Jesse went on to become the exceptional adult her childhood promised. Still, she is leery of religion and rightly balks at anything that smacks of legalism; she will always be the first to defend a person’s right to be different. Jesse now professionally fights for the rights of women and minorities, specializing in the issue of human trafficking.

That God can use her wounds for His glory is a source of endless comfort to me. Still, what I wouldn’t give for her to have no wounds at all…

How about you? Do you have a story of parenting regret to share? Or regret about involvement in an unhealthy church? If you’re willing to tell a bit of your story, click here to contact me. If you’d prefer to remain anonymous, I’d be happy to honor that request. Your story is the gift you can share with others to let them know they are not the only one.

And they aren’t. None of us are without regret. And no regret is beyond redemption. 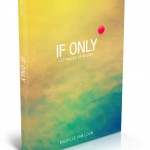 That’s why I wrote this book. 🙂

Do "Rights" Limit or Empower the...
Cranach
Related posts from Pilgrim's Road Trip