“Is It Enough?”: What A 93 Year-Old Taught Me About Regret

I worked as a paid caregiver for two years. I ran errands, shopped, prepared meals, organized a few closets and pantries, did some housecleaning and provided companionship for some elderly clients trying to stave off checking themselves in to a care facility. All showed me something of the fragility of life, especially as our aging bodies begin to act in ways that our will never intended.  93 year-old Mrs. H, who I visited twice-weekly for nearly a year, showed me the nature of the kinds of unresolved regrets that surface at life’s end. When we can no longer hide from them in our busy-busy lives, when our key relationships get stripped from us one by one either through sickness or longevity, buried regrets make their way to the surface.

Hospice caregiver Bronnie Ware penned a book a couple of years ago called The Top Five Regrets of the Dying: A Life Transformed by the Dearly Departing in which she reflects on the things she heard from the lips of the patients she cared for during their last days on earth.** This HuffPo piece summarizes Ware’s list, which includes: 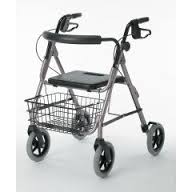 The long-widowed Mrs. H never had children, but had filled her privileged life with bridge club gatherings, throwing dinner parties for the clients of her executive husband, travel and golf. She lived with her ancient dog in a giant home in an old-money suburb of Chicago and had enjoyed remarkable good health until shortly before I came into her life, unless you count trips to a podiatrist to deal with pesky ingrown toenails a serious illness. But a couple of falls had convinced the cousin charged with keeping an eye on her that Mrs. H needed a bit of extra household help. Underneath her courtly manner, she was a tough old bird. Underneath that tough layer, I discovered someone who was having a very hard time finding places to hide from her regrets now that she was homebound and her socialite friends had all died.

We spent a lot of time talking about her regrets, even as I vacuumed the coils on her fridge (not in my job description, but it made her happy) and prepared her favorite dish (boneless chicken breast baked in cranberry juice cocktail). She still heard the gossipy voices in her head of parents and mean-girl friends who’d judged her, probably echoed in the way she’d spent a lifetime judging others who were other than, less than, greater than her. She was uncertain that she’d ever been happy, and had lived nine decades disconnected from her true feelings as she’d engaged in the play-acting of the social circle in which she’d lived. And she knew she was coming to the end of her life. So much of where she’d invested her energy had no comfort for her now save for a few bittersweet memories. Her regrets surfaced, and they seemed scary and irreconcilable at this point. There was no do-over, and precious little time left in her life.

I’d seen the way in which regrets surfaced at the end of my mom’s life. Her hospice team coached me to not handle them in the same way in which she’d handled them throughout her life, which is the same way most of us, including Mrs. H, do – by doing what we can to ignore them or build lives around them like a road detouring around a graveyard. Reconciliation with those regrets at life’s end has much to do with naming them, and surrendering them, as there is no possibility for a do-over.

Mrs. H and I talked a lot about God that year. She’d had a formal relationship with God throughout adulthood: church on Sundays in a Chanel suit, followed by brunch at the club. Without those props, she found herself trying to connect the simple faith in Jesus she had as a child to the regrets she carried at the end of her life.

I knew that question was why I was there with her at that time in her life, in that moment. Yes, I told her. Yes.

It is more than enough.

** I reference this list in my own upcoming book about the way in which our regrets can reshape our lives long before a caregiver shows up to fold our laundry – If Only: Letting Go Of Regret (Beacon Hill Press).