ATI Regrets And The Need For Holy Anger

When you’re a parent terrified by the fact that your newborn didn’t come complete with an owner’s manual, you may be easy prey for a door-to-door salesman who magically appears at your house one day with one just for you. When you sign on the dotted line, desperate for a quick fix, it may take years to discover you’ve sold your family into spiritual slavery. That book of answers you bought are really some bloviator’s opinions packaged as facts. Only your holy anger can set you free.

When your life has been given over to someone who promised your parents an iron-clad Happily Ever After, only holy anger can give you the courage to make a break for it.

When I read the scorching words of regret at RecoveringGrace.org from parents and adult children who came out of Bill Gothard’s ATI home schooling sect, as well as some of the stories of home schoolers who recount tales of emotional and physical abuse at the hands of parents whose love looked a lot like fear and control, I grieve. We home schooled our three kids for twelve years. Though we were never in any of these camps of the extreme, we were surrounded by plenty of people who were. For better or for worse, these people were our community. It was the spiritual equivalent of second-hand smoke. While I don’t regret home schooling, my husband and I have had plenty of sorrow that we didn’t shut down the influence of these people on our family. We were already swimming upstream from the culture around us. My own fears about our family being even more socially isolated if the Gothardite members and fans exorcized us from their circles kept us in the orbit of their bullying culture. A lot of us who home schooled in the 1990’s swallowed hard and played nice with the bullies, it seemed. 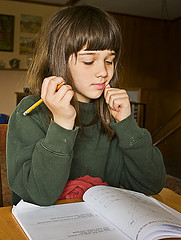 There is no small irony in this in light of the fact that home schooling was supposed to help our children learn not to be peer dependent. I’ve written about parental peer pressure in the home schooling world here, and about the effect of Gothard and other abusive leaders on the movement here, here and here. As I’ve watched my own kids and the many kids I knew who were home schooled during those years enter adulthood and begin making their own decisions, only a small percentage of them continued on the precise lifestyle trajectory on which their parents launched them. Most do not have horror stories of abuse, but even those home school grads who are committed Christians often have a lifestyle that looks different from the one they grew up with. There are a surprising number of other home schooled kids I’ve known who have chosen to walk away from faith.

Though I didn’t tackle my own home school parental regret in If Only: Letting Go Of Regret, the process of coming to terms with foolish and unwise decisions I wrote about in the book has certainly applied to our home school experience.  I don’t regret our home schooling journey, though there were a few things my 20/20 hindsight would have changed about the academic and emotional resources we used in our house. I don’t regret our heavy emphasis on classical literature, or our focus on integrating our faith into our learning and service to others. I do regret the way we allowed our adult home school and church peers negatively influenced our family, and my husband and I have had lots of healthy, productive processing conversations with our sons as they’ve walked into adulthood. Truly, these kinds of conversations are the job of every parent when their kids become adults and begin to come to terms with the flaws and gifts of their upbringing, no matter where the kids learned to read, write and cipher.

When I read those words of regret at the Recovering Grace site a few days ago, I thought about the essential need for anger as we call out injustice when we’re presented with it:

Paul doesn’t say, “Anger is a sin”, precisely because the One who made us in his image hard-wired anger into our emotional make-up. It is there to help us respond to injustice as he would. I’ve learned  – and am learning every single day – that not getting stuck in that place of anger, or sinning with it, has everything to do with God’s mercy. I’ve heard some Christians insist that a truly godly response to deep wounds is to zap past anger and go right to mercy. (If you can do this for real, recognize it as a gift of God. However, most people who advocate for this encourage others to deny their feelings, which is a heart-divider of the highest magnitude.) I’m not advocating this approach. I’ve found in my own experience and via regret research that a wounded person needs to access God’s anger over the wrong that has happened in their lives in order to move toward true forgiveness and freedom.

As hard as it can be to hear some of the horror stories, we in the church are called to listen and grieve with them. And we’re called to get angry. Author Elie Wiesel famously observed in Night, “We must take sides. Neutrality helps the oppressor, never the victim. Silence encourages the tormentor, never the tormented.” The sin for us in the church happens in regards to our treatment of victims and survivors only when we choose not to get angry on their behalf.

February 2, 2015
Passing On A Legacy Of Epic Marriage
Next Post

February 9, 2015 When The Heart Waits: Chapter 2
Recent Comments
0 | Leave a Comment
Browse Our Archives
get the latest from
Evangelical
Sign up for our newsletter
POPULAR AT PATHEOS Evangelical
1