Taken By A Trip

As we returned to Chicago after two and a half strange and grueling days that began with a knock on our 6th floor hotel door in Haifa and ended with us staggering out of the airport in a stupor when we finally landed in Chicago, I realized that the trip that perhaps God most wanted me to take occurred during the final four hours.

The journey began with those door-knockers: two young women who were dressed in what I’ll call here a festive manner who told my husband that they were looking for ten shekels (about $2.50-2.75). The pair was very aggressive, trying to push past Bill to get into our room. My husband and I shoved the door closed in their faces and bolted it shut before calling security. The guard eventually located them on another floor of the hotel, going door to door in search of either business, someone to rob or both. After an uneasy and too-brief sleep, we headed to the airport, giving ourselves a couple of hours to drive there and drop the rental car, and allowing the three hours Israel requires for travelers to go through security. 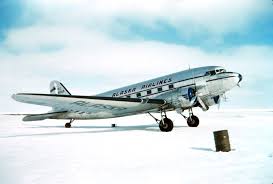 When we arrived, weather delays stalled the flight an additional four hours. We discovered that we’d miss our connecting flight from Newark to Chicago. After the 12-hour flight (keep reading – this is not an SAT math test question in process), we did the zombie wander through the airport in search of some idea of where we could stay for the night. We played roulette with the options, and ended up at an establishment so bad that it has 185 “terrible” reviews at TripAdvisor.com.* Which means 185 people actually took the time to try to warn other passengers they’d be better served by sleeping on the floor of the airport than forking over a hundred bucks to stay in that dump. Of course, few people who’ve been awake for almost 24 hours are thinking, “What I need to do before I make any reservations at 10 PM in Newark is check Trip Advisor”.

We did manage to sleep for a bit, and I used the least-greasy towel in the filthy bathroom then headed back to the airport only to discover that the friendly skies didn’t want to be friends with us. The flight was oversold, and there were no seats for us. Cue Jerry Seinfeld.

I read most of David Brooks’ excellent The Road To Character on the plane. And yet, never once until we touched down at O’Hare almost a full two days after we left Haifa did I stop to consider that the delays, snafus, scary hotel and exhaustion were a test of my character. While I was passably pleasant to everyone around me, save a few moments of bone-tired grumpiness with my husband, I was reminded that it is a long trip between head and heart when it comes to character. On Day 2, I woke up in with the best of intentions to be grateful to God for the privilege of traveling…to Israel, no less. I was able to sustain that chipper attitude right up to the moment that rep told us we’d be spending another day in the airport. Then, frankly, I lost it. I raised my voice. I gestured wildly. My husband prayed. I whined.

I will cherish my remarkable journey through Israel. This trip was my seventh to the Land. But where this trip took me was to that moment.

A few other things I gleaned from this trip:

(1) I’ve always been told that it’s wise to pack a full change of clothes and emergency toiletries in your carry-on. Forget that: bring two days’ worth of clothes in that carry-on. And a washcloth. And soap.

(3) Throughout the trip, I spent an inordinate amount of time keeping track of various chargers for my phone, iPad and laptop or hunting for my next electricity fix like a crack addict. This is probably not good.

(4) People can be amazing: From the hospitality of people who opened their home to us as if we were their favorite cousins to the empathy of strangers when we were looking for help, every time I travel I am reminded that I might be the one who is actually entertaining angels.

(5) To travel means to get lost. That’s when the trip really begins.

* Instead of leaving bad review #186 on TripAdvisor.com, I contacted the Elizabeth, NJ health department and fire department in order to suggest they pay the skeevy motel a visit.

What have your travel experiences taught you?