What’s In My Medicine?

I met Susan Jomantas at the Bible study I attend on Tuesday mornings. She has been battling a disabling autoimmune disease for years, and discovered after doing some sleuthing that one of the ingredients in a drug she uses to manage the disease has been derived from the cells of aborted babies. This information is not easily available to consumers – something Susan would like to see changed. She shared her story with me, and I am sharing it here with you as it is relevant to the the current discussion about how these pharma “ingredients” are obtained. She supports a proposal that will allow consumers to be better informed about what may be in the medication they may be taking, which may allow some patients to seek alternatives not derived from the tissue of aborted babies. Her deeply personal account of her medical conundrum is below. I will be monitoring comments on this post, so please keep it civil if you wish to express disagreement.

What’s in my medicine?

By Susan Jomantas
As we stumble into the kitchen in the morning and sit down to eat our breakfast cereal, how many of us look at the box as we spoon cereal into our mouths? We look for carbs, sugar grams and check if it’s GMO or not. Let’s face it. We want to know what we are putting into our bodies. The  FDA protects us by requiring products to be labeled so we can make an informative choice what to eat.
A couple of months ago I was scrolling through my newsfeed on Facebook. I clicked on an article about Planned Parenthood. This led me to another article about the use of abortive fetal tissue cells used by food and pharmaceutical companies. As I scanned through the list I froze as I saw the drug I’ve been injecting for autoimmune disease into my body for a year. I started to cry because I felt like I unknowingly participated in an abortion.
I called the drug company and they vehemently denied it. I called again and asked for their top product expert. Again they denied it. I then decided to call the organization that wrote the article, Children of God for Life. The president of the organization sent me links to the government patent and explained to me the science. I learned that the FDA does not require the pharmaceutical companies to release this information to the public. Fetal cell line products are also used in common vaccines and in the manufacturing of common foods. 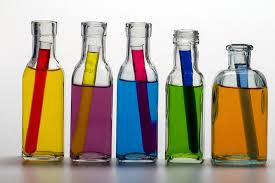 Aborted fetal cell lines are coded. You won’t find “aborted fetal DNA” on any package insert. Instead they use codes that represent aborted cell lines. The pharmaceutical companies are not required to share that information with consumers. If it is listed it would be coded and could be read as WI-26 or HEK-293, for example. The average consumer has no idea what that is, which makes it quite sneaky on the part of drug companies to use these codes. The cell line WI-26 is what is listed on the patent for Enbrel, which I’ve been taking for a year. This cell line is taken from a male aborted baby at 3 months gestation.
Debi Vinnedge, president of Children of God for Life, wrote legislation called The Fair Labeling and Consent Act which would make it law to to inform the public if abortive fetal tissue are being used in the manufacturing of our medicines. The law, unfortunately, was not passed. Pharmaceutical companies need public pressure so that they are forced to make moral options to meet public demand. I decided to stop taking my shot so I could switch to a moral alternative.
As the weeks went by, my pain increased to the point where I was bedridden. My husband had to sleep on the couch because my crying kept him up all night.  My doctor said it would take time  to switch due to insurance loopholes. I tried to stay off the drug as long as I could but my foot started turning purple from inflammation and if I didn’t take it I would have to go to the ER. I decided to take the medication after a friend recalled how King David ate the bread of the temple in an emergency. I am still waiting to switch.
No one should be put in this position. I should have known since day one that abortive fetal DNA was in my medication. How many people are taking this medicine year after year and have no idea the contents in the drug would violate their conscience if they knew ? Anyone from the health-minded to a follower of Jesus has the right to know that aborted baby cells and or DNA are in their drugs. If bottled water has an ingredient label then surely our pharmaceutical companies should be straight with their consumers. This issue needs a voice from the public. It is our right to know what we are putting into our bodies.
In a pro-choice society, we are given no choice because the truth is hidden in the darkness. I’m telling my story so that other people like me, in need of these medications, can also use their voice to demand a change in the law and in our pharmaceutical companies. We deserve to know!

To read more on this topic, click here to read the work of Dr. Deisher, an expert on this subject. For more information about legislation and to learn how you can use your voice with legislators on this matter, please click here.

September 21, 2015
At The Intersection Of Time & Eternity: Yom Kippur
Next Post