Pope Francis stated we may already be in a “piecemeal World War III” after last Friday’s synchronized attacks in Paris. Certainly, ISIS and its spiritual confederates have declared war on all infidels in their sights – their own neighbors, both Muslim and not, as well as the the entire West. One commentator after another has emphasized that there’s no foolproof way to prevent these attacks – not when a person is willing to strap on a suicide vest for the Cause.

As initial shock and awe over last week’s barbaric and soulless killing spree melts into fear and anger, we want to do something to make it stop. Bomb the snot out of ISIS strongholds. Get some boots on the ground. Refuse entry to all Syrian refugees until our government can offer an iron-clad guarantee that no ISIS operatives are in the bunch. Or do the opposite, and welcome most all, because the nice verdigris lady standing in New York Harbor repeats Emma Lazarus’s words to those seeking refuge from around the world: “Give me your tired, your poor, your huddled masses yearning to breathe free, the wretched refuse of your teeming shore. Send these, the homeless, tempest-tossed to me, I lift my lamp beside the golden door!”

I don’t have a ready answer. I don’t have the stomach at this moment for policy debates over Syrian immigration issues, and they are raging right now on the cable news networks, talk radio, my Facebook wall, and Twitter feed. The debate is urgently important, and it will continue for months and years to come. I think a page has turned in our history, and we will be facing dark and difficult days in the West no matter what decisions our lawmakers make about this particular issue. Perhaps I’ll have the stomach to process the arguments on both sides soon. But right now, the internet debate has for me obscured the sorrow over the loss of life in Paris – and Lebanon and Baghdad. The issue hasn’t left much space in our culture for the grief. 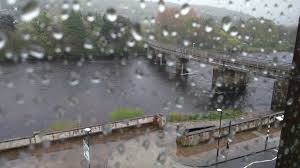 Mothers and fathers, sons and daughters, friends and lovers were killed and injured on Friday. Everyone who happened to be in the wrong place at the wrong time was a target. It was senseless. It was brutal. It was raw evil.

This is why I weep and my eyes overflow with tears. No one is near to comfort me, no one to restore my spirit. My children are destitute because the enemy has prevailed. – Lamentations 1:16

When the author of Lamentations inscribed those words, he was bereft and hollow, depleted by sorrow. His beloved people had distanced themselves from God and had fallen into the hands of barbarians as a consequence.

Today as we process the actions of a new wave of barbarism, some are amped for debates as a way to voice their emotions about the events of Friday the 13th. God at work is in the activism of this moment. But know if you are one who must sit for a while before God with tears and unanswerable-in-this-life questions in the disorienting, lengthening shadows, you are not alone. I’m there, too.

November 13, 2015
The Jesus Movement's Unintended Consequences: The Rapture
Next Post