Unintended Consequences Of The Jesus Movement: Seeking The Seeker

Jesus came to seek and save the lost, and told his followers to do the same. The call to mission has always been at the heart of the church’s identity.

When the first crop of new believers came to faith during the Jesus Movement of the late 1960’s and early 1970’s, many of them discovered that the churches they began attending didn’t have a category for them. Many socially-conservative church members were scandalized by the hippie dress and the sex-drugs-rock-`n-roll lifestyles the Jesus People brought with them. Jesus People were just as freaked by the suits and ties,  organ music, and unwritten rules in many of these churches. It’s hard nowadays to imagine how radical long hair once was.

Some churches doubled down. You can click here to get a sense of the logic once widely in the church about long hair on dudes. (And you’ll discover that some are still fighting this battle today, usually using the King James Version of the Bible to make their claims.)

It wasn’t just the hair. It was the clash of new life spreading like yeast among Jesus People and the “We’ve always done it this way” folks who’d been tempted to conflate America in the the 1950’s with Christianity. This subcultural battle zone gave rise to the impetus to young people asking blunt questions about whether those tradition-bound forms of church were what the body of Christ was really all about. After attending a church service at a moribund traditional church shortly after he came to faith, rock musician John Wimber famously asked the ultimate rhetorical question: “I gave up drugs for this?”

St. Augustine, who knew a thing or two about living a fourth-century hippie la vida loca before he came to faith, is attributed with saying, “You have made us for yourself, O Lord, and our heart is restless until it rests in you.” This truth transcends time, but the Jesus Movement was born again into a turbulent era when many were seeking peace through partying, Eastern religion, and rapid cultural change. Some Christian spiritual entrepreneurs asked some frank questions about why we did what we did at church and deconstructed old forms as a result, giving birth to contemporary worship services in order to reach out to seekers. In 1975 as the Jesus Movement ebbed, Bill Hybels and his youth group crew went door-to-door in the suburbs in which I grew up, surveying my neighbors to find out why they didn’t attend church. They started a church for the unchurched in Willow Creek movie theater in Palatine, IL* using the results of the survey to guide them on how to introduce their neighbors to Jesus without all the old-school church-y stuff to muddy the message. 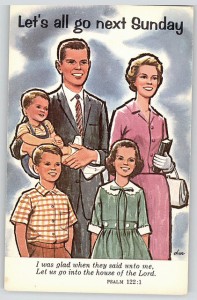 We’re a generation removed from the Jesus Movement of the late 1960′s. As I’ve noted earlier in this series, when a renewal movement hits the church, things are bound to get messy. Some of the mess is the work of the Holy Spirit as he reanimates dry bones. Some of the mess comes when a bunch of broken human beings try to touch, help, hinder, or profit from the beautiful chaos. The notion of seeker sensitivity isn’t new, but it took on a personality all its own in the wake of the Jesus Movement. What we hoped for so fervently a generation ago is very different than what we’ve sown. What are the unintended consequences of Evangelicalism’s focus on seeker sensitivity? I’d love to hear your thoughts!

What we sowed with our Boomer-centric approach to seeker sensitivity in the 1970’s and 80’s:

What we’ve reaped a generation later:

Your turn! What would you add to these lists?

* I visited the church back in the movie theater days.

** Gene Veith’s post entitled Unintended consequences of megachurches (love the title!) links to a longer article citing unsurprising stats about how congregational involvement shrinks in megachurches. The researcher asks whether the rise of the supersized congregation over the last generation has played a role in the numerical decline in the Church. Veith asks his readers to consider the implications of these questions:

I am not attacking big churches.  It’s natural for a congregation to want to become as big as possible, and many large congregations are quite orthodox.  But churches need to face up to this data.  Are there other unintended consequences of megachurches?  Is there a way to counter them?  How might a big congregation increase individual involvement?  Or should big churches split into smaller congregations, once they reach a particular size?

I commend the piece to you as it addresses one important implication about the result of our seeker sensitivity. It’s a topic I’ll be addressing more fully at some point in the future of this series.

February 10, 2016
Review: What Every Christian Needs To Know About The Jewishness Of Jesus
Next Post 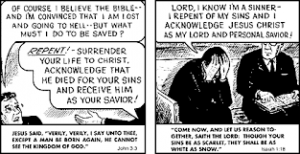 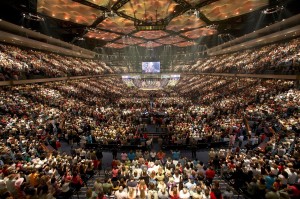 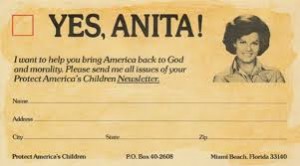