A Collection of Wolfsbane Lore

“The most prompt of all poisons.” -Pliny the Elder, in Natural History. 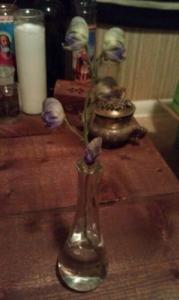 Wolfsbane. Courtesy of the author.

There are over 150 species that belong to the genus Aconitum.  This category of plants is in the family of Ranunculaceae, a different family than Solanaceae which consists of the Nightshades.  Literally, falling in a category all it own Wolfsbane is a strange herb with numerous applicable uses for the magical practitioner.  The few medicinal benefits that this plant has, in my opinion outweighed by the plant’s deadly toxicity makes it most useful for spiritual work, and homeopathic medicine; including the use of flower essences, the potent energetic qualities of the plant make it a valuable tool for deep spiritual healing.  Flower essences are the safest way to work with plants that are known to be poisonous, and for the spirit worker it is the energetic force of the plant contained in the essence that we are looking to work with anyway.  Flower essences bring out the esoteric and energetic properties of plants, enhancing their effects on the human energy system; making this a great technique for anyone initially beginning work with these plants.  The flower essence allows us to safely explore the properties of any plant, specifically those that have a dangerous reputation.  They allow us to immerse ourselves in the spirit of the plant, exploring its virtue before working with the plant material on a physical level.  The use of flower essences in meditation to reach contact with the plant spirit is enhanced tremendously by being in close proximity to the physical plant itself.

Materia Medica Pura, By Samuel Hahnemann; is an important preliminary text in the study of homeopathic medicine.

The Encyclopedia of Bach Flower Therapy 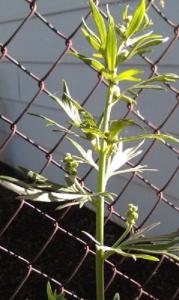 Wolfbane buds. Courtesy of the author.

In no particular order I have compiled a collection of the various myths, legends and lore that accompany this infamous plant.  Included are also some of my personal experiences and insights from growing and working with this plant over the past few years.

Wolfsbane, along with her many other epithets is known simply as the Queen of Poisons, and rightfully so as this plant has the reputation for being the most poisonous plant genus is Europe.  Consequently such a nefarious reputation due to its lethal and fast acting poison, and widespread presence across Europe and Asia; has created quite a rich body of lore and symbolic associations from the various employments of this plant throughout antiquity and into the Middle Ages.

Aconite is a representative symbol of the Poison Path of Veneficium.  Throughout history the mythology surrounding this plant is characterized by themes of death, rebirth and transformation through sorcery or shapeshifting.  As a protective ally it is connected to spirits of the battlefield and the gods and goddesses of warfare, a plant of the battle mage it protects its allies ruthlessly and incites the blood thirst that has won battles by striking fear in the hearts of their enemies. 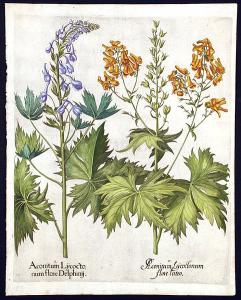 The plant is featured in the writing of Homer, Ovid and Pliny to name just a few of the oldest sources where the mythos of many of these plants originated, likely drawing from even older sources lost in the shadows of time.  One of the first stories of the plant  Aconite was told by Homer, and was later embellished by Ovid in Metamorphoses.  One of its first and earliest recorded uses mentions the plant being used by the sorceress Medea to poison the hero Theseus.  Medea was well-known for her magic in the ancient world, and was related to the goddess Hecate who later became the Queen of Witches.  Another myth tells the story of Arachne and how she was transformed into a spider by Athena in a fit of jealousy.  Athena sprinkles Aconite over her victim, which attests to its affinity with shapeshifting.

Appropriately the plant most associated with the Queen of Witches would be the Queen of Poisons, as poison (veneficium) was often part of the same repertoire as witchcraft (maleficia) in the ancient world.  By this association it was also thought to be used by the Thessalian Witches.  This group of people who lived in Thessaly were known across the Mediterranean for their practice of witchcraft, and are one of the best and most well-documented mentions of a community of people practicing the arts of magic. 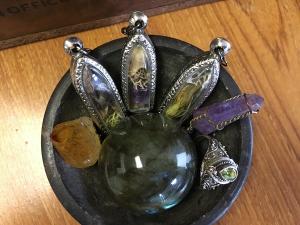 Sacred Plant of Witchcraft:  connections to Hecate, Circe and Medea associate this plant with patrons of the magical arts.

Underworld Journeying: provides the means for journeying, helps to separate the spirit from the body, connection to Cthonic (lower realms) due to the plant’s mythological origins with Hecate and Ceberus, both residents and guardians of the Underworld.  They can be petitioned for access when journeying to their realms, and also provide protection for the physical body in its vulnerable state.

Aggressive/Offensive Protection: Its association with Battle magic, through Germanic berserkers known for using this and other intoxicating plants to enhance their battle prowess turning them into raging animals. It was also employed practically as a potent arrow poison known for taking down wolves and men, hence its namesake.  The plant can be used in spells of protection and warding, summoning spirit hounds to guard a person, place or thing; and empowering other protective spirits and egregores when used as an offering. 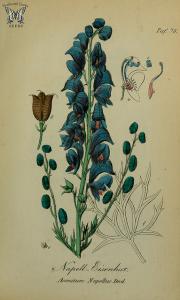 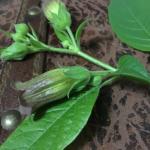 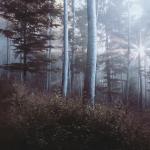