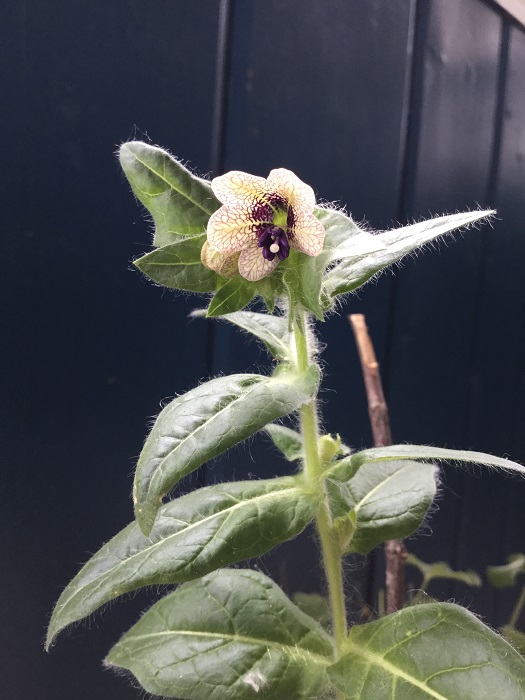 Henbane is a magical plant with a history that goes back as far as ancient Greece, Nordic shamanism, and Indo-European tribal cultures.  It was known to be sacred to Apollo in ancient Greek mythology, where it was known as Herba Apollinaris.  It was one of the visionary herbs of the famous Oracle at Delphi, which was a site sacred to the previously mentioned deity.  Other gods and goddesses to whom it is held sacred are: Belenos, Hades, Hecate, Jupiter, Thor and Zeus.  This list of patron deity’s speaks of the plants dual nature; its connection to the Underworld and the thunderous sky gods.

This ancient herb has been found in stone vessels dating from the Neolithic period, including the burial mounds of female Nordic shaman known as Volva.  It has a along history of use as an herb of astral flight, ancestral connection, and necromancy.  The plant was originally native to Eurasia and Africa, and it is now distributed world wide.  It is know also found in the Northern US, Canada, and Europe.  As an herb of traveling and flight, like many of its counterparts; it can be found growing in wayside places, at the edges of trails and roadways, in nitrogen rich wastelands, clay and sandy soils.  The seeds are said to remain viable for upwards of 600 years.

Medicinally it is most valued for its use as a narcotic and anodyne.  Like many of the other solanaceous plants in the Nightshade family it induces sleep and when used topically relieves pain.  Depending on the dosage, it also acts as a visionary herb, which is traditionally employed through smoking and inhalation.  Ingestion of the plant has a more poisonous and hallucinogenic effect.  It contains tropane alkaloids, like the other plants in the Solanum genus.  The main tropane alkaloids in Henbane are Hyoscyamine, Hyoscine, and Scopolamine; which act on the central nervous system.  Common effects of ingestion are hallucination, dilated pupils, restlessness, and flushed skin.  Less commonly, with higher doses symptoms range from tachycardia (irregular heartbeat), convulsions, vomiting, hypertension, hyperpyrexia, and ataxia.  Sometimes, intoxication can last for days and cause irreversible symptoms.  Overdose occurs and causes death by respiratory paralysis. 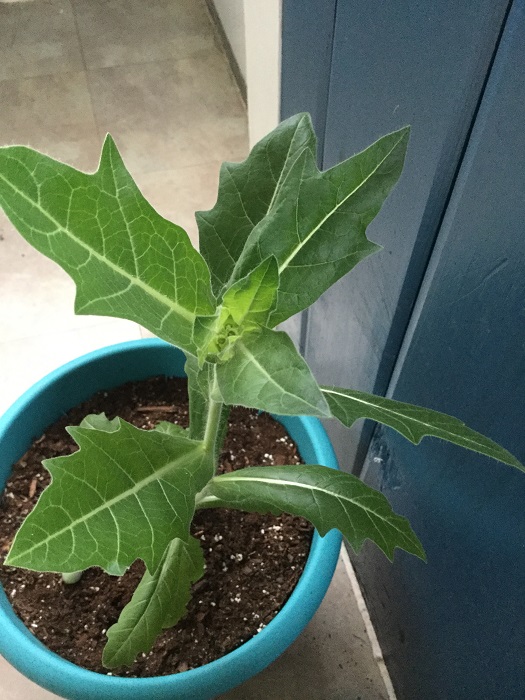 Henbane Leaves. Courtesy of the author.

Gateway to the Underworld

In Greek mythology wreaths of Henbane leaves were used to crown the newly deceased to make them forget their former lives as they crossed the River Styx.  This may relate to the amnesiac effects of plants containing the alkaloid scopolamine, which causes one to forget that they have taken an entheogenic substance, entering into a forgetful dreamlike stupor.  Hercules, was also depicted wearing a Henbane crown, representing his ability to travel to the Underworld.

In sympathetic magic, Henbane is connected to barriers and binding.  Like many of the Saturnian herbs it is useful for stopping activity, halting communication and unwanted effects.  It is commonly used in rituals to honor and summon the dead, divination, and spirit manifestation.  When used in this manner the seeds and dried leaves are burned and either inhaled to induce trance, or allowed to rise and feed the surrounding spirits called to the sacred fire.

In later medieval folklore, along with the other Nightshades, Henbane was commonly used in witches flying ointments.  Also an aphrodisiac massage oil called Oleum Henbane was made from the leaves, and used to incite lust.  Rubbing the oil on the skin has a warming effect, in addition to its aphrodisiac and pain relieving properties.  It can also be used in more manipulative love potions and philtres.  It was known to be used as an aphrodisiac by the Witches of Thessaly.  The plant was also added to beer and wine to increase its intoxicating effects.  In Germanic folklore, Henbane was used in spells to summon rain and call up storms.  It was one of the most sacred plants in Nordic and Germanic cultures.

“As one of the infamous plants classically associated with Witchcraft and the Devil, Henbane has characteristics from the three planets most associated with magic and sorcery.  Venus, Mercury, and Saturn all three have separate and distinct connections to the unseen world of spirits and the magical laws that bind them”  – The Poisoner’s Pocket Guide: Book of Saturn. By Coby Michael Ward

Henbane is a quintessential herb of the Poison Path.  Its connection to the dark aspects of Saturn come from its use in baneful workings, bindings, and rituals involving the dead.  As a visionary and shapeshifting tool, it connects to the Mercurial current.  It allows the user to draw information from the chthonic realms and ancestral wells of knowledge through conjuration and astral flight.  Its use as an aphrodisiac is an obvious connection to the plant’s Venusian qualities, but also connects to the dark feminine through figures like Hecate and the goddess Hel to whom the plant is sacred.

The Witching Herbs by Harold Roth 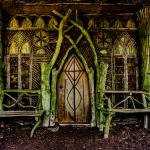 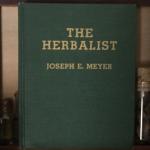 July 10, 2018 Acclaimed Herbalist and Indiana Native
Recent Comments
0 | Leave a Comment
"Regarding witches in the Old World using plants containing tropane alkaloids, a possible reason for ..."
Sherlock Holmes The Fly in the Witch’s Ointment: ..."
"This was a fantastic explanation of the poison path! I had heard the term and ..."
WildestSea Philosophia Toxicum: A Discourse on the ..."
"Your article is wonderful and not once in my life have I ever had a ..."
JenniWest Baneful Herbs & Venefic Witchcraft
"This is a topic I've very interested in. I work with herbs a lot, but ..."
Julie Allen Baneful Herbs & Venefic Witchcraft
Browse Our Archives
Related posts from Poisoner's Apothecary