Saturnus: The Old One

Excerpt from The Poisoner’s Pocket Guide Series Volume One: Book of Saturn, by Coby Michael Ward 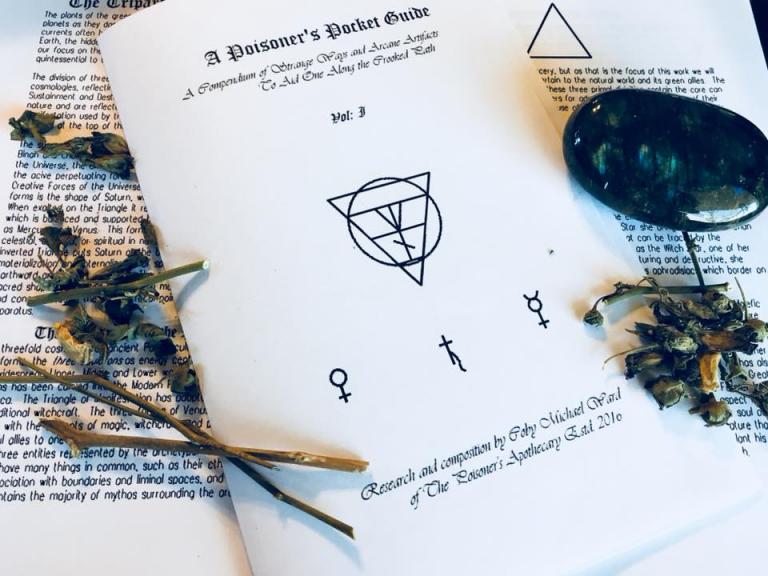 Saturnus, is the elder god who as Cronus gave birth to the Olympians only to devour them.  He is a god of greatest antiquity whose origins are obscure.  He is said to be the son of Gaia and Uranus, and grandchild of AEther and Dies, the most ancient of all gods.  The time of his rule was known as the Golden Age.  When men and beasts lived in harmony and had all that they needed given to them through the bounty of the earth.

It is said that when Saturn was overthrown by his children, the Olympians whom he devoured to honor an age-old agreement with his eldest brother Titanus, that his offspring would have no claim to the rulership of mankind, he then fled to the land which would become Rome.  It is here that he shared the kingdom with Janus.  Although, other accounts say that Saturn had been there all along.  It was here that he taught the people the art of cultivation and agriculture, helping them work the land to release her bounty.  He was also known for binding the people with “chains of brass” when he taught them the concept of a system of currency.  In ancient Rome it seems he held a much more positive role acting as benefactor and teacher to mankind, in contrast to the darker reputation he had with the ancient Greeks.

Saturn is the Lord of Misrule who rules over the dark part of the year, specifically the Winter Solstice when the Sun moves into the sign of Capricorn.  This time was celebrated in the ancient world as the festival of Saturnalia, during which time the social norms were inverted and masters served their slaves in good humor.  There was feasting and celebration in excess in remembrance of the bygone Golden Age of man.

During the middle ages, Saturn the planet and the deity lost much of his more positive attributes and became known as the Greater Malefic.  He became connected with witchcraft, the devil, and the dark places unknown to mankind.  As the last of the visible planets of antiquity he occupied the border between the known Universe and the Abyss.  He is the great intermediary between the inner solar system and the outer planets.  Astrologically he is present during our most difficult and transformative experiences, which crystallize our will and force us to push ourselves beyond our perceived limitations to where our true purpose lies.  On the outer boundary of the inner solar system his perspective is one of long periods of time and slow movements.  He is wise father time who has seen the passing of ages.  He is saturated with years and sometimes depicted as a wizened old man with a long beard.

He acts as the adversary who points out those parts of ourselves that we are afraid to confront, forcing us to embrace our shadow.  As the teacher of agriculture, and sower of seeds he is connected with Cain, the First Farmer who did the same and also acted as adversary to mankind.  He wields the scythe which harvests what is bountiful discarding the rest.  It was Cain who sacrificed his harvest of plants and produce to the god of his father Abraham, while his brother Isaac sacrificed the lamb.  Cain’s sacrifice was one of dedication and patience, tending his crops by the sweat of his brow only to be refused by a blood thirsty god.  His anger and disappointment at the refusal of his sacrifice was what led him to kill his brother Isaac with a blade fashioned from the jaw of a goat.  It was this action for which he was forever marked and condemned to wander the earth on as an outsider on the periphery of civilization.

Saturn rules over boundaries, that which separates the civilized world from the wildwood and scorching desert.  He rules over wayside plants that grow in the wasteland, and those botanical poisons that restrict the life force pushing the spirit beyond the boundaries of its physical body.  In herbalism Saturn rules over plants with dark leaves, white flowers, and earthy roots.  Medicinally he is associated with the skeleton and muscular system, and the plants that heal and strengthen the connective tissues and supporting structures of the body.  The baneful herbs over which he presides grow in the Garden of Hecate, the Witches’ Garden where noxious herbs of a sinister nature thrive.  All of the plants of the Poison Path have an underlying cthonic quality which put them in the domain of Saturnus.  He is the green devil, the adversarial spirit of nature who has malice for the men that would destroy the ancient forests and their sacred groves, forgetting the ancient knowledge of those who lived in harmony with the natural world.  This is the spirit of nature that tests those who seek the secrets hidden within the earth.  The green devil is the protector and guardian of the natural world, who manifests as the Old-Horned One.  Like the deep running roots of the ancient forests his treasures are hidden, but well worth the descent into the earth to uncover them.

This is the crossroads of the Poison Path, where the powers of the three realms intersect.  The nuanced language of plants and their hidden powers help us to uncover the secrets of the most ancient entities that have survived the millennia by changing their masks as their true essence is contained in the lore of the Witch.  Each of the plants of this path contain a piece of all three of these elder spirits, connected by their roots that are nourished in the depths of the Lower realms.

Mercury the Magician, teaches us how to fly, how to leave our bodies and descend to the depths by changing our shape, flying with wings or slithering into the roots of trees.  Venus teaches us to recognize our inner power, and our own triple nature.  She shows us how to make illusions and enchant the world around us.  Where Mercury rules the writing of spells, Venus rules the mixing of potions and ointments that bring us vision and destroy our enemies.  Saturn is the great father of it all, he is the Witch Father and Horned Master of the wild places.  On one side he is the gatekeeper, he is the great tree that connects the worlds and on the other side he is the devourer of souls who reduces us to our skeletons and reassembles us leaving his mark behind. 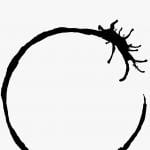 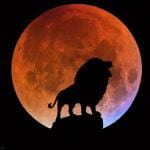 January 24, 2019 Feeling the Effects of the Blood Wolf Moon Eclipse
Recent Comments
0 | Leave a Comment
Browse Our Archives
Follow Us!