The festival of Imbolc and the Catholic celebration of Candlemas share themes of fire (light), purification and the newness of the coming year in common.  Imbolc is a time for the Mother Goddess, dedicated to the goddess Brigid and St. Brigit, patronesses of healing, fire, poetry and the phases of the moon.  Celebrations of this festival feature the lighting of candles representing warmth, purification, and guiding us out of the darkness of winter.  Early blooming flowers such as Crocuses or Snowdrops were common symbols of the resilient new life starting to tremble beneath the frozen earth finding its way up through the darkness towards the light of the Sun.

In Catholic traditions the festival commemorates the ritual purification of the Virgin Mary after the birth of Christ.  This was a Jewish custom that was observed forty days after the birth of a son, and eighty days after the birth of a daughter.  Catholic masses were held to bless the candles for the next year, which were then lit in honor of the Virgin.  In Poland, the custom of keeping these blessed candles, Gromnica,  and lighting them throughout the year during storms and for protection from all forms of harm is observed.  These candles are also lit for the dying, to light the way on their journeys.  There is a Polish legend which tells us the story of the Mother of God of the Blessed Thunder Candle, Matka Boska Gromniczna.  In this legend, the Mother of the Blessed Candle protects the vulnerable peasants from the ravenous wolves that roam the dark cold nights when food is scarce.  Her protection comes from the light of her holy candle.

It is interesting to note the connection between this maternal figure of this time of year and wolves, as the ancient Roman festival Lupercalia which later gave way to the Februalia also had wolves as a central part of its theme.  This ancient festival of purification and purging was observed  in the city of Rome on February 15th, or on the full moon of February.  The festival was later named Februalia or Februatus, which is where the month of February gets its name.  The festival may have pre-roman origins traced back to the Etruscans who worshipped the god Februus.  He was worshipped as a god of purification, the Underworld, and the mineral riches of the Earth.  He shared much in common with the god Pluto, and also was a god of death.

By utilizing the power of the February Full Moon (February 19th, 2018) one can create a batch of blessed candles for healing, cleansing and protection that can be used throughout the year.  These candles should be saved for times when extra healing and nurturing is needed from the Mother Goddess, during times of sickness, mourning and extreme hardship.  They can also be lit for the healing and transition of loved ones recently passed, giving off their guiding light and warmth to ease their transition to the spirit world. 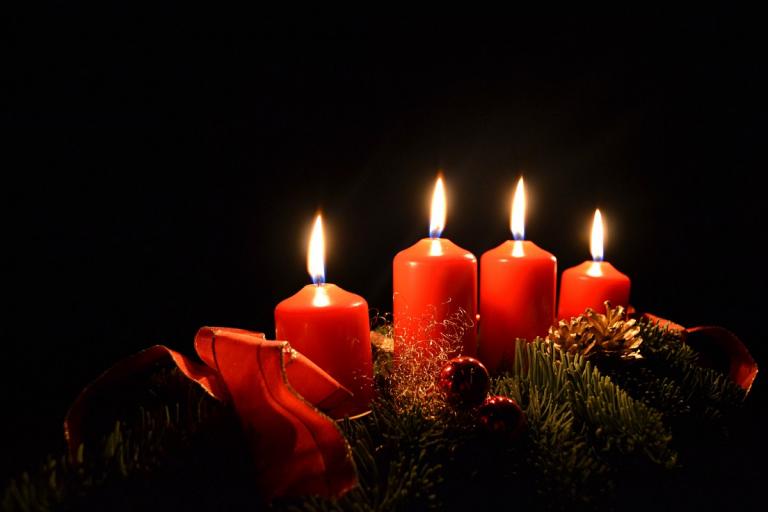 On the night of the full moon an assortment of candles should be set aside, typical colors for this time of year are red and white; also appropriate for rituals of healing and protection.  There is no requirement on the amount of candles to set aside.  Twelve inexpensive taper candles would ensure one for each month of the year.  You will likely have some left over to use in the blessing ritual of the next year’s batch of candles.  The candles are first prepared by washing with some type of lustral waters such as an infusion of lemon balm, blessed water and the like. They only need to be wet with water on the hands to remove any previous influences.

After washing, the candles may be anointed using an oil infused with Calendula or Sunflower oil, for its solar healing properties.  Other herbal oils could be substituted for different circumstances, depending on the intention.  The candles can then be dusted with powdered herbs of a solar, warming, and healing nature.  Other potential herbs with a soothing warming heat are Angelica, Bay Leaves, Basil, and Ginger, and may be used accordingly.

Once the candles are prepared they are wrapped and stored in red cloth until needed.  The bundle of candles is placed upon the altar surrounded by lit candles. (This is where any leftover candles from the previous year could be used to “rollover” their energy into the next batch.  Petitions of healing, blessing, and protection would be made, asking the goddess Brigid to bless the candles with her sacred fire.

Candlemas: The Feast of Light and Purification

Mother of God of the Blessed Thunder Candle 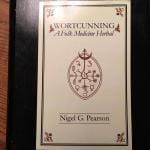 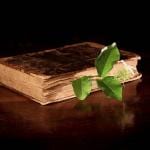 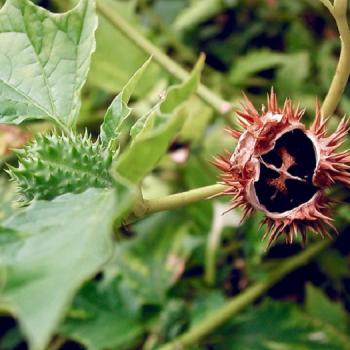