The infamous witches’ flying ointment is a quintessential representation of the beliefs surrounding medieval witchcraft.  Its status is right up there with the broom, the cauldron and the familiar spirit.  Diabolic ointments containing poisonous ingredients were a hot topic of debate in the witchcraft trials, and were used to support theories on both sides.  They remain a part of modern witch lore and popular culture.  In the series, Salem (2014-2017), Mary Sibley and her sister in arte, Tituba use an oil to render their physical bodies catatonic while traveling to their Sabbat.  In the 2015 film, The VVitch: A New England Folktale, an old-hag living in the woods is depicted rubbing herself with what is assumed to be the rendered fat of the infant she kidnaps to put herself into a trance state.  These are just a couple of recent examples that show the sexual and diabolical associations present in medieval witch lore.

Flying Ointments are at the intersection of medieval superstition perpetuated by the Church during the witch trials, the herbal preparations of pre-modern medicine, and the use of entheogenic plants in the shamanic cultures of pre-Christian Europe.  Researching their history and lore quickly becomes a rabbit hole that some willingly descend.  The bits of genuine herblore and folk magic are wrapped up in layers of superstition and Christian propaganda.  While there are no written records outside of inquisitorial reports that explicitly document these botanical preparations being used by individuals who identify as witches, looking back further to the writings of the ancient world and archaeological findings we can piece together a widespread use of herbal intoxicants used for spiritual purposes.

The mythology, folklore and potential for these plants to be worked with as magical catalysts has always intrigued me.  Studying their stories and their appearance throughout history has shed light on beliefs and practices of the ancient world, and their advanced knowledge of plant spirit medicine.  I recently prepared an ointment in an attempt to create a formula that is potent enough to have the desired effects of altering consciousness and inducing trance in a safe topical application.  Beyond being purely medicinal, I wanted to create something that would be effective for ritual use with notable changes on physiology and perception, not just psychosomatic sensations.  I have achieved this goal, and I call it the Unguentum Venenum.

Venenum is a latinized word that comes from the Greek word pharmakon, which has a similar meaning.  “Classical authors used the term venenum in conjunction with a wide spectrum of drug effects: fatal poisoning, sleep inducing, madness causing, love stimulating, magic making and medicating.” (Hatsis, p. 15)

I created this ointment using dry plant material from the Atropa belladonna and Hyoscyamus niger (Deadly Nightshade and Black Henbane) both known for their entheogenic effects; as well as Mugwort, Spikenard and Clary Sage essential oils.  I applied about a teaspoon of the ointment to my wrists and inner forearms, the soles of my feet and across my chest.  I began to notice the effects within a suprisingly short period of time.   The intial effects were a cool menthol-like sensation on the areas of application, followed by a more pronounced cooling and tingling of the extremities.  This is notable because herbs ruled by Saturn, which these are, are described as being cold and dry.  I then began to feel waves of prickly, tingling sensations like a cold air that makes all of your hair stand up.  I soon noticed my mouth getting dry, a sign that a medicinally effective dose is achieved.  I did not have any of the more uncomfortable side effects of urinary retention or cycloplegia typical of oral ingestion and anti-cholinergic syndrome (poisoning).  There were some slight visuals, while laying in the dark.  The mind creates shapes out of shadows.  In this case these visuals were minimal, and would become more intense at higher dosages, often accompanied by the sense of other presences.  I did fall asleep briefly, and woke myself up from a vivid and disturbing dream.  There was a split second where the dream, and waking reality were one and figures were present in the room.  The next hour or two was spent in a state between waking consciousness and sleep, with continued waves of cold air and tingles.  I consider this experiment an indication of the success of this particular formulation, and the effectiveness of the preparation.  This was a conservative application for my individual body chemistry, and it is safe to assume that increasing it to 1 Tbsp. would have more profound and longer lasting effects.  Medicinally these preparations can be used to treat muscle, nerve and joint pain, insomnia and anxiety.  When applied topically in small amounts to a localized area the effects would be mainly analgesic and anti-spasmodic.

It has taken years of research, working closely with these plants and my own personal experimentation to become comfortable working with them in this way.  While topical application is the safest these herbs still have the potential for uncomfortable side effects, skin irritation and possible poisoning.  I do not condone using these herbs or their preparations without full understanding of their effects and the risks involved.  This article is to provide those interested, with my own personal experience for informational purposes. 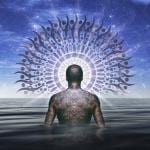 August 28, 2019
Preparing for Flight: Techniques for Ritual Entheogens
Next Post 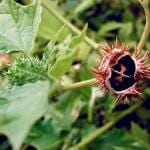