10 Hymns We Should Stop Singing 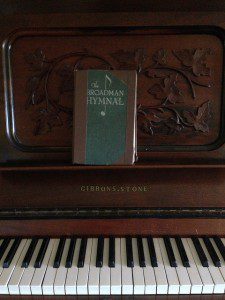 As is usually the case when I talk about the problems of commercial worship, my recent post, 10 Worship Songs We Should Stop Singing, elicited a lot of comments from people who really wanted me to know that there are also bad hymns.

Of course, bad hymns have been written. But one of the advantages of hymn-singing churches is that most of the really, really bad ones have been filtered out of circulation by decades or even centuries of scrutiny.

But we also have a clear disadvantage. Those bad hymns that remain do so because they’ve found a stronghold in our hearts and repertoire that is not easily broken.

When I ask for an example of bad hymns, most of the ones these folks will come up with aren’t technically hymns in the traditional sense, but 19th and early 20th-century gospel songs, Sunday School hymns, and revival songs.

These were originally found in hastily published and overlapping volumes that were peddled for use in para-church activities. As there was very little theological oversight, they perpetuated a lot of vapid folk theology and sappy, sentimental tunes.

A tiny percentage of these songs graduated into common worship use, mostly in Baptist and holiness circles, where only a fraction of that group still remain today. While there are a few that I continue to use occasionally, like “Blessed Assurance, Jesus is Mine” and “The Solid Rock,” most of the worst hymns come from this gospel song tradition. So, for the purpose of this post, these will be considered hymns, even though they don’t represent the meat of the hymn tradition.

There are four reasons a hymn would make this list.

It’s theologically vapid.  In other words, they aren’t bad, they just have no theological value. They say nothing significant about the Christian story, usually substituting subjective personal experience as gospel truth.

It’s theologically problematic.  Of course, each denomination and congregation must decide much of this for themselves. A recent example was the decision not to include the Townend/Getty song “In Christ Alone” in Glory to God, the new Presbyterian hymnal, over the issue of penal substitution and the author’s refusal to accept a minor edit. Agree or disagree, those are the issues that are worth agonizing over in deciding whether to use a particular hymn.

In the end, we need to ask ourselves a few questions. “Do we actually believe what we’re singing?” “Is this an accurate reflection of the Christian story?” We better make sure we can say “yes.”

It’s a poor example of poetry. The clearest example of this that I can think of is the early 80s classic, “As the Deer,” with its You/Thee indecision, the inverted “apple of my eye” reference, and just plain weirdness (joy-giver? really?).

Yes, this point is a bit subjective. Not every song needs to be brilliant poetry, but we do have the responsibility to offer our best in corporate worship. Or at least offer something that is thoughtfully constructed.

It’s become an idol. It’s okay to have favorite songs. But if not singing “Silent Night” at the end of the Christmas Eve candlelight service ruins your Christmas, as was the case with several people in a church my friend serves, well, let’s just say you might want to rethink your own incarnational theology. Of course, our favorites are the ones that tempt us the most.

To give you an idea of what I’m talking about, here are ten hymns that I’ve chosen not to do unless someone above my pay grade says otherwise. There are others, and much worse examples that have faded from our memory, but these are some of the most requested where I’ve lived and served.

(Note: This list is not intended to be authoritative or exhaustive. The point is that these judgments should be made on the basis of meaning, not preference. If someone disagrees, fine, but our reasoning must extend beyond sentimentality [“This hymn makes me think of my dearly departed grandmother,” or “It’s so fun to sing.”]) 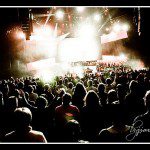 February 18, 2016
It's Time to Boycott the Worship Industry
Next Post 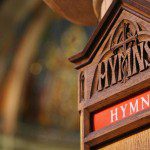 February 23, 2016 100 Hymns Everyone Should Learn
Recent Comments
0 | Leave a Comment
"The altered versions seem to vanish from British hymnals by the 1930s, at least as ..."
Gervase Charmley 7 Reasons to Stop Changing Words ..."
"My extensive collection of British hymnals and companion volumes helps here - most of all ..."
Gervase Charmley 7 Reasons to Stop Changing Words ..."
"The answer to what the original lines in 'Praise my Soul, the King of Heaven' ..."
Gervase Charmley 7 Reasons to Stop Changing Words ..."
"They left in "kingdom"? Besides being non-gender neutral, isn't that an oppressive term? And racist, ..."
James Van Damme How to Make a Beautiful Hymn ..."
Browse Our Archives
get the latest from
Ponder Anew
Sign up for our newsletter
POPULAR AT PATHEOS Evangelical
1

The 2021 SBC and the Cost...
Anxious Bench
Related posts from Ponder Anew