Don’t Take Your Kids to a Megachurch: An Open Letter to Andy Stanley 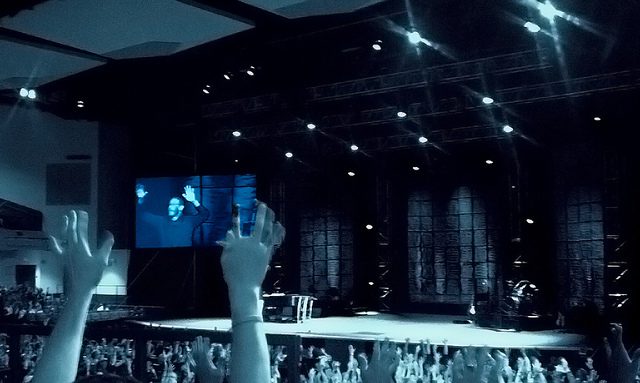 When I hear adults say, ‘I don’t like a big church. I like about 200. I wanna be able to know everybody.’ I say you are so stinkin’ selfish. You care nothing about the next generation. All you care about is you and your five friends. You don’t care about your kids, anybody else’s kids. If you don’t go to a church large enough, where you can have enough middle-schoolers and high-schoolers so they can have small groups and grow up the local church, you are a selfish adult. Get over it. Find yourself a big ol’ church where your kids can connect with a bunch of people, and grow up and love the local church. Instead, what you do…you drag your kids to a church they hate, and then they grow up and hate the local church, and then they go off to college, and you pray there’ll be a church in their college town that they connect with, and guess what: all those churches are big, the kind of church you don’t like. Don’t attend a church that teaches your children to hate church.”

Let me tell you a little of my story.

I don’t set foot in many megachurches these days. I’ve actually been in your church twice. I normally wouldn’t have, but, well, there was this girl. Not the fiery Methodist woman who is my wife and the love of my life, but this other girl who sometimes attended, whose family had been members of your dad’s church, until, well, you know the story…

Andy, I grew up in one of those big ol’ megachurches you’re talking about, and it taught me to hate church. I would have left in high school if I’d had the option, but in my house, attendance at my cool, hip, contemporary-worshiping, youth-group-glorifying, moralism-preaching, theology-eschewing McCongregation was a non-negotiable.

So I went. Through every repetition of “Shout to the Lord,” every True Love Waits commitment ceremony, every rapture-ready dispensationalist Bible study, every sermon series on how to make myself into a good, moral, well-behaved person so that I wouldn’t tick off God and bring condemnation to America.

But I was always a misfit. Always a skeptic. Always a doubter. Always an outsider.

The truth is, my relationship with you is still love-hate.

Love people, hate being homogeneously grouped in God’s house as if I’m a first grader stuck at the slow reader’s table.

Love Jesus, but hate how we’ve reduced him to a marketing ploy.

If it hadn’t been for my college years, where I found myself in one of those “small” churches, [you know, one of those with around 200 in attendance] I might have eventually quit altogether. If it wasn’t for one of those small churches that invested in me and my gifts, where people prayed for me, where I got to know most everyone by name, I might have left for good.

Since then, I’ve attended and served churches with average Sunday attendance from around 25 to 800, but never another megachurch. In fact, I’ve got a son of my own now, so you’ll have to forgive me for being selfish, but as long as I have a say in the matter, he’s going to be going to one of those smallish churches where he’ll know everyone, and everyone will know him. Maybe a medium-sized church. Maybe even a relatively large church.

But not that large. Definitely not a megachurch.

Oh, and by the way, those kids that were so connected in that megachurch where I grew up? You know, the kids whose parents weren’t “selfish” and put them in a church with a big ol’ youth group?

A few of them stayed. A few of them got involved in those big, popular churches in their college communities.

But the majority of them didn’t. I woke up early on Sunday in a silent residence hall, carefully maneuvered my Ford pickup out of its tight space in a full parking lot. Most everyone else slept in. And why wouldn’t they? They never learned to connect. While their churches slavishly pursued cultural relevance, they made the church completely unnecessary. They have no connection to the church, no “touch points,” no lasting memories, and no working understanding of why we do what we do.

They left, and they’re not coming back. Not for all the free coffee and comfy seats and late worship times in the world.

So you say megachurches are the key to teaching kids not to hate church?

That’s not what I would tell people, Andy. Not at all. Here’s what I’d say.

Don’t take your kids to a megachurch, where they’ll never worship with their families. Take them to a place where they have opportunities to participate in worship. [Hey, Andy. How often do your church’s children’s choirs sing in worship? Oh…but your church is so good and big….] A place where they actually get to worship as a vital part of the congregation, instead of being ushered into a separate space where they’re overstimulated for Jesus by the visual media and the bright lights and the loud music.

Don’t take your kids to a megachurch, where the preacher and “worship leader” are rock stars. Take your kids to a church where the leadership are real people, with whom they can have real, personal interactions. Take them to a place where they’ll likely never hear a topical sermon series on how to control their anger or how to have successful relationships. The last thing they need is a pastor that thinks he’s a therapist. Take them to a church where Holy Scripture will be read and proclaimed by the whole congregation.

Look around, Andy. Your church, [church? churches? whatever you call the North Point conglomerate] might still be growing. But most churches aren’t. And the more “mega” the church gets, the more irrelevant it becomes to the rest of the culture.

It’s time to tear down the silos.

It’s time to rethink the marketing.

Andy, it’s time to be the [non mega] church. 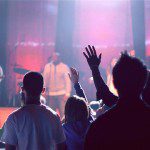 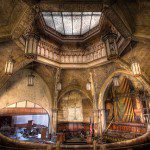 March 11, 2016 Andy Stanley's Apology, and Some Mega-questions for the Megachurch
Recent Comments
0 | Leave a Comment
"But let us be honest. Your tastes in music do play a role. I feel ..."
Don If Worship Is All About the ..."
"I heard something called 'worshiptainment', short of 'entertainment worship'"
ounbbl Why I Reject the Term “Contemporary ..."
"Entertainment is subjective. And if a congregation suddenly finds itself with older members but not ..."
KDNDLKJ Pop Music Doesn’t Belong in the ..."
"I can agree with some of this. There is a lot of political nonsense going ..."
Jonathan Pop Music Doesn’t Belong in the ..."
Browse Our Archives
Related posts from Ponder Anew