Let’s Phase Out the “Worship Leader” 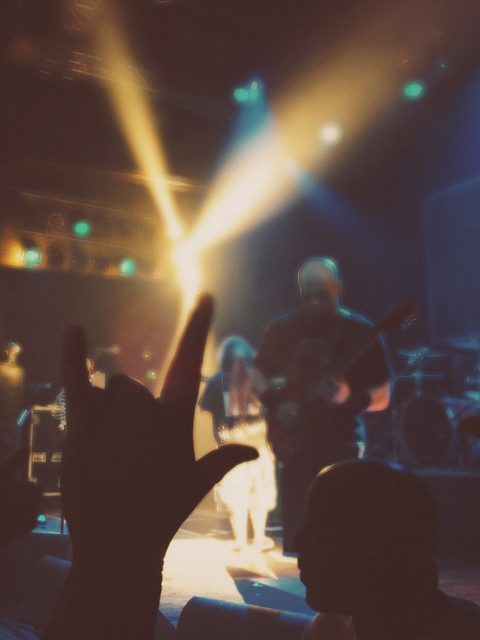 When I was a good little Southern Baptist kid, which was not that long ago, we had “Ministers of Music” and “Music Directors.” At some point between then and now, the contemporary worship movement ushered in nearly universal use of a new title: “Worship Leader.”

Recently, I’ve noticed the title being called into question, which I think is a very good thing. Most of the criticism can be boiled down to one foundational problem, and it has to do with our understanding of the function of the worship service itself.

Specifically, I think the widespread use of the term “worship leader” in reference to a lead singer reflects the pervasive conflation of music and worship, as well as a misunderstanding of the purpose of corporate worship in the church.

And if you look around at what happens in most churches, we don’t seem to understand the point of gathered worship. It’s as if we think it’s a show churches put on every week that allows us to get lost in good feelings about God through music of our liking. If this were so, the worship leader position would make sense.

But corporate worship isn’t about laying down some comfortable cushioning as we cuddle with our Creator. It’s not about us being comfortable at all.

Historically in Christian liturgy, God’s people gather, proclaim together the good news of the Christian story, give thanks over Christ’s Supper, and are sent back out into world renewed and remade afresh by Word and Sacrament, so that we can sanely and assuredly do Christ’s work in the world.

When we worship this way, anyone leading out in any part is, at least in a way, a worship leader.

Oh, and through these acts of worship, we may learn to more clearly recognize our living Head, the central figure in the beautiful Christian drama.

Jesus is the real worship leader.

So why is the music person – you know, the one with the microphone – the only person we call a “worship leader?” Why do we use the term at all?

Well, maybe we shouldn’t. Maybe we should come up with something different. Depending on theology, structure, and job description, it could be any number of things. Music Pastor, Minister of Music, Director of Corporate Worship, Cantor, Organist/Choirmaster.

Maybe, just “soloist,” in the vein of preacher or lay reader or liturgist.

It leads people toward consumption rather than participation. A solo leader singing into a microphone sends a message to the congregation that its role is similar to that of an audience at a rock concert: “Sing along if you like, but it doesn’t really matter.” As a result, the corporate nature of gathered worship is deemphasized, and the congregation becomes entirely dispensable. Though some may be singing, even loudly at times, the congregation’s function is more passive than active.

It’s a golden opportunity for off-the-cuff theologizing. The worst theology happens in worship when we go off script, and coupled with the fact most (but certainly not all) so-called “worship leaders” are not well-trained theologically, even planned statements tend to fall short of good theology or meaningful connection to the liturgy.

It easily becomes a showcase for ego and personality. We are living in the days of the celebrity Christian. As I’ve said before, we have witnessed the advent of the “worship superstar,” especially over the last decade. Granting a microphone to a musician is offering them a whole lot of power and prestige. Some turn corporate worship into stand up comedy routine with their wit and charisma. Some take the opportunity to showcase their own affected pop stylings and build their celebrity in the mold of so many others. Just look at the record sales for the so-called “worship industry.” Even those who would shy away from the title of “superstar,” well, can they really deny that’s what they are? 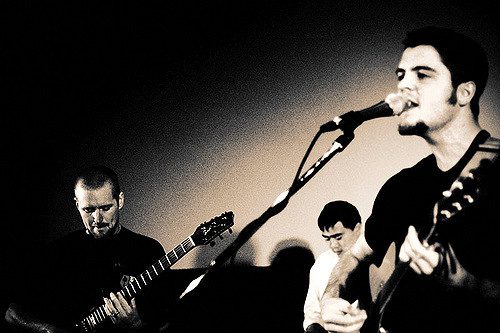 If it’s impossible for your congregation to eliminate the soloist, here are a few things that can help empower the people to sing out successfully.

Sing confidently with a clear, pure, and unaffected tone. In other words, sing like your Jr. High choir director taught you. Using popular vocal stylings as many worship soloists do distort the melody. Remember, you’re not in a coffee shop or an auditorium or a recording studio. Don’t sing so that people will want to listen. Sing so they are able to join you confidently. Be a good example.

Don’t ad lib. Your job is to give the congregation the musical information they need to follow. Riffing, improvising, and embellishing add no substance to the task at hand; but they do make it nearly impossible for a congregation to follow along.

Keep amplification to a minimum. Amplification can be a huge barrier to good congregational singing. It’s much easier to join in with unamplifed singing than to try and find your place in a wall of sound blaring at you from all sides. If possible, eliminate the amplification, or at least have them step back from the microphone after bringing the congregation in, so that the congregation learns to take initiative and not simply defer to an overpowering soloist.

When possible, shut up. Don’t talk unless giving necessary verbal instructions. You’re not the host. You’re not the cheerleader. You’re not supposed to be the center of attention. You don’t usher the people into God’s presence. You’re not the tour guide, leading the way to the Holy of Holies. Your role is to model with your vocal presence. All the words you need have already written. Allow the congregation to follow your musical example without your personality getting in the way. And again, when you feel like the congregation has caught on, allow yourself to step away from the mic, and join in with the primary voice. 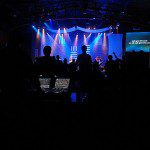 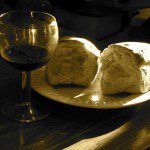 April 19, 2016 Worship Is For Our Benefit, Not God's
Recent Comments
0 | Leave a Comment
"This one is totally new to me, both words and tune. But it's a good'un."
Mo Fin Hymn of the Day: Ask Ye ..."
"Just to be different, now you've found one where I know the words but not ..."
Mo Fin Hymn of the Day: Hail to ..."
"Thanks for this! I would just emphasize that the Youtube version you link to is ..."
GEVeith Hymn of the Day: Of the ..."
"HOW TO DO POP, CONTEMPORARY WORSHIP1- Stop using the words POP and CONTEMPORARY. This is ..."
Glenn Harrell Why Singing Hymns the Traditional Way ..."
Browse Our Archives
Related posts from Ponder Anew

Evangelical
Hymn of the Day: Lord, Speak to Me...
Ponder Anew

Evangelical
Hymn of the Day: When Morning Gilds the...
Ponder Anew
TRENDING AT PATHEOS Evangelical