God and Country: Idolatry in the Hymnal 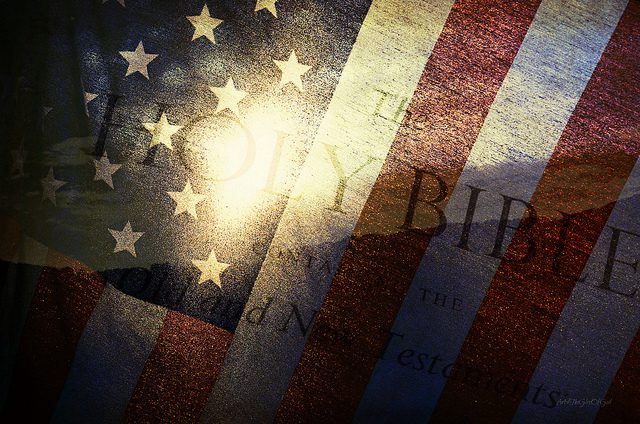 When I was a kid, the church my family went to had mostly forsaken hymn-singing. Inexplicably, in their giant “worshiptorium,” they left the faded and worn green books to rot in the pew racks for at least ten years after the last time they were collectively opened. Ten years, just sitting there.

Even as a kid, hymnals were my favorite books, and even though it wasn’t the greatest collection, it helped me pass the time during a million repetitions of “Shout to the Lord” in the late 90s.

There were two times of the year we regularly sang songs that could be found in those volumes. One was during the Christmas “season,” which is the evangelical version of Advent, when Jesus is born the Sunday after Thanksgiving, followed by a month of overspending and overeating. The other was during the most sacred of holidays, the holiest day of the year, Independence Day. And I’m not really exaggerating, either. The reverence and awe displayed on the 4th of July eclipsed that of any liturgical observances, even Christmas and Easter.

At the time, I certainly didn’t think twice about that little section in the back of those hymnals called “God and Country.”

At some point, that all changed for me. I think it was a gradual shift during my college years as I began to confront the nationalistic Christianity I knew with our country’s checkered past. The Christian nation myth evaporated in the stark divergence between American history and the way of Jesus.

Even with its benefits, America has never looked like Christ. But the American church can’t seem to make a clean break. We can’t figure out how to be resident aliens here in a place where, frankly, it’s pretty easy to be a Christian.

And many of us still blindly welcome nationalistic fervor into our corporate worship.

In discussion with pastor friends of mine, I’ve noticed a recurring theme of resignation surrounding the church and the 4th. Many of them have told me something like this. “Yeah, it would be better if we could just not mention Independence Day, but our congregation expects it, and it’s just not a hill I’m willing to die on.” In fact, sometimes they brag about keeping the patriotic influence to “only a few songs.”

Which brings us back to the hymnal. The extent of our blindness is shown in the crappy theology (not to mention crappy ethics) we jollily belt out in the hymns of the patriotic season. One of my favorite choral anthems growing up was the Wilhousky arrangement of “The Battle Hymn of the Republic.” But no longer. Why would the church of Jesus be at all interested in for instance; a war-glorifying anthem suggesting that salvation and judgment are achieved not through God’s saving acts in Jesus Christ, but through the violent payback of military warfare?

Or consider that little number, “America the Beautiful.” An unabashed prayer of adoration directed toward America, instead of the rightful Object of Christian worship (blatantly stated in the repeated cries of “America! America!). A statement of faith in the inherent, enduring goodness of American humanity (“O beautiful for patriot dream / that sees beyond the years / thine alabaster cities gleam, / undimmed by human tears). A song that unashamedly affirms the horrific realities of Manifest Destiny (“A thoroughfare for freedom beat / across the wilderness). A song that borrows veiled biblical imagery, divorces it from its gospel context, and uses it to seemingly promote America as a pseudo-Zion. What place should this theology have in our worship?

The post-9/11 favorite is, hands-down, the Irving Berlin pop standard, “God Bless America.” Hit it, Kate Smith, and bring me a side of baseball, apple pie, and Chevrolet, while you’re at it. Despite the invocation of some generic god, there’s no theological content to this song, and especially considering how it appears so commonly in secular and civic arenas, seems to reinforce the toothless, nominal Christianity American culture once embraced. The “light from above” reference is particularly alarming, suggesting America was or is or could possibly become a Christians nation, itself alive in Christ, our living head. No the only Christian nation in history is the church, which God will be faithful to stand beside and guide as the nations of the earth rise and fall.

I think the test is clear. If Jesus were to physically walk into our sanctuaries this Independence Day weekend, would our services be able to go on as planned? Ideally, as God’s people gathered for Christian worship, the answer would be “yes,” because it would already place Christ at the forefront.

But what if we weren’t singing praises to God? Instead, what if we were singing the praises of an empire that will soon, like all other nations in history, crumble and fall? Would we continue that sort of endeavor in his holy presence? Would we not immediately collapse between the love of two kingdoms, realizing at once that we cannot worship two masters? Could we keep singing “O beautiful for heroes proved in liberating strife / who more than self their country loved” instead of “O beautiful for the wounded hands and feet of the One who defeated death, who calls us out of every tribe and tongue and nation to be his people?”

Or would we awaken from our nationalistic stupor and realize we were kneeling at the wrong altar? A star-spangled altar. Where the red blood of Jesus is prettied up with some white and some blue. An altar at which bread and wine are displaced by hot dogs and beer.

I pray we would be found gathered as God’s own people around the cross of Christ.

After all, we cannot serve two masters. Not even for one hot day in July.

See, this is a battle worth fighting. “A few songs” is still too much. It is worth making some people mad. It is, and I hope you will forgive the unfortunate contextual connotation, “a hill to die on.” We can appreciate the good things about our country, but we don’t worship it. When we enter our sacred space, we do so as citizens of a different kingdom that bow at a different throne.

Our hope is not in earthly powers, but in Jesus alone.

Here is a hymn that captures the distinction a bit better.

This is my song, O God of all the nations,
a song of peace for lands afar and mine.
This is my home, the country where my heart is;
here are my hopes, my dreams, my holy shrine;
but other hearts in other lands are beating
with hopes and dreams as true and high as mine.

My country’s skies are bluer than the ocean,
and sunlight beams on cloverleaf and pine;
but other lands have sunlight too, and clover,
and skies are everywhere as blue as mine.
O hear my song, thou God of all the nations,
a song of peace for their land and for mine.

This is my prayer, O Lord of all earth’s kingdoms:
Thy kingdom come; on earth thy will be done.
Let Christ be lifted up till all shall serve him,
and hearts united learn to live as one.
O hear my prayer, thou God of all the nations;
myself I give thee; let thy will be done.

June 27, 2016
Which One of These Churches Really Loves Kids?
Next Post 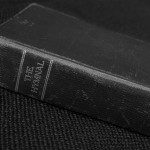 July 5, 2016 Modernized Hymns: Hymns, or Contemporary Songs with Old Words?
Recent Comments
0 | Leave a Comment
"The less music you blast them with, the more people will sing. Some organists forget ..."
James Van Damme Why Singing Hymns the Traditional Way ..."
"Also, perhaps “Come, Thou Almighty King.”"
Jonathan Hymn of the Day: Christ for ..."
"Another one where I know the tune, but associate it with different words: in this ..."
Mo Fin Hymn of the Day: Christ for ..."
"It's not exactly often sung in Britain either - probably only by people like me ..."
Mo Fin Hymn of the Day: Thy Strong ..."
Browse Our Archives
Related posts from Ponder Anew

Evangelical
Hymn of the Day: To God Be the...
Ponder Anew
TRENDING AT PATHEOS Evangelical