Some Hymns are Terrible, Too

Some Hymns are Terrible, Too April 30, 2017 Jonathan Aigner 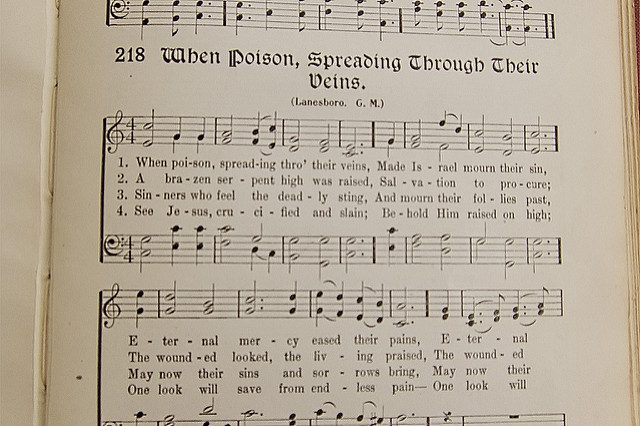 I really wanted the title to be “Sometimes Hymns Suck, Too,” but you have to draw the line somewhere…

Whenever I or anyone else dares to speak out against the abysmal output of the worship industry, (and it largely is abysmal), I can expect two common themes in the replies. It is either…

“But it’s not all that bad! You know, there’s all those songs by the Gettys and that other British fellow.”

“Yeah, well, some hymns are awful, too!”

Yes, there are good new songs being written even still. And, you’re right, there are hymns that aren’t so great. But one of the advantages of hymn-singing churches is that most of the really, really bad ones have been filtered out of circulation by decades or even centuries of scrutiny. Our churches and denominations are left with a collection of hymns that have withstood the rigorous examination and testing of pastors, scholars, theologians, and educated church musicians.

“But Jonathan, man, there are bad hymns, too!”

Yes, again, there were definitely bad hymns written. But which ones are they talking about? When I ask for an example of bad hymns, most of the ones these folks will come up with aren’t technically hymns in the traditional sense, but 19th and early 20th-century gospel songs, Sunday School hymns, and revival songs. And sure, there were some bad ones.

Telephone to glory, oh, what joy divine!
I can feel the current moving on the line.
Made by God the Father for His very own,
You may talk to Jesus on this royal telephone.

(If you’re curious, check out the mighty, mighty mojo in this version, coming to you from disgraced televangelist, and Jerry Lee Lewis cousin, Jimmy Swaggart.)

Or how about this one…

If your hand’s on the plow, hold on, hold on;
Though the soil may be sterile and hard,
The plowshare will make the fallow ground break.
And the plowman will have his reward;
Earth’s bosom will sparkle with emerald green,
And its grain will be golden king;
The reapers will come, with loud “Harvest Home,”
And the gleaners will joyfully sing.

Charles Gabriel, or as I call him, the “Chris Tomlin of Sunday School hymnody,” gave us this one…

Of the thousands of these bad gospel hymns, there are a few that have lingered without any real theological substance or credibility. “In the Garden” is one, but honestly, how many hymn-singing churches still sing that one? Outside of a few rural regions of the country, not many. A couple others people recall are “Bringing in the Sheaves” and “Mansion over the Hilltop.” Please, do me a favor, and find a current hymnal that contains those two. You won’t. Neither I, nor anyone else who supports rich, robust, liturgical congregational singing will want to go there.

Mostly, though, when I ask for an example of these awful hymns, I hear nothing back. Nobody can really give me an answer.

So today, I’m really asking for an answer. If you really believe there are bad hymns in common use, please tell me which ones you’re talking about. Not just hymns you don’t like, not the ones that aren’t fun to sing, that are set to dreadful tunes, or have words and phrases that bother you, but bad, vapid, worthless hymns that have survived and remain in common use. 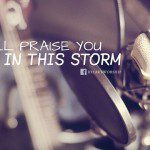 April 28, 2017
Why I Don't Listen to Contemporary Christian Music for Entertainment
Next Post 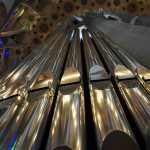 May 10, 2017 Why Do Churches Need Good Pipe Organs and Organists?
Recent Comments
0 | Leave a Comment
Browse Our Archives
get the latest updates from
Ponder Anew
and the Patheos
Evangelical
Channel
POPULAR AT PATHEOS Evangelical
1

What the Bible Says about Old...
Cranach
Related posts from Ponder Anew