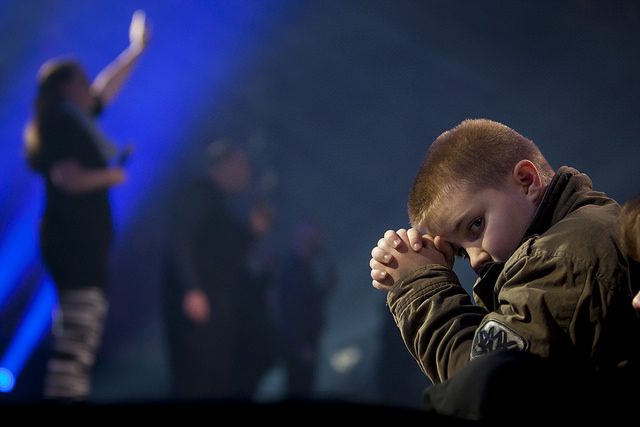 I’ve been saying for years now that bad worship leads to a bloated, malnourished church. We’re seeing that happen now with the prominence of commercial entertainment worship.

I understand that using “bad” in the context of worship discussion can elicit a surprising amount of reactivity, so let me be clear what I mean:

I’m not in the habit of judging authenticity or intention when it comes to worship. In fact, I have no doubt that most of those who design, participate, and observe this sort of worship have the best of intentions. The state of their own personal faith is between themselves and God. That’s not my concern, anyway.

Rather, when I say “bad worship,” I’m talking about worship that arises from a fundamental misunderstanding of its purpose. Here are 9 signs that your church may suffer from this kind of worship.

Music is the sacrament of the performance worship culture. Instead of gathering to tell the Christian story – our story – many churches show up to “worship” (sing along with a musical performance) and hear a sermon. We talk about “worship bands” and “worship leaders” and “worship time” before the speaker comes to deliver the message, we have lost sight of what constitutes an act of worship. Corporate prayer, creeds, confessions, have no place. No more gathering, proclaiming, thanksgiving, and sending out. Just music, talking, and then more music.

The worship wars are apparently over, and preference has won.

Like merchants lobbying for customers, we say “Come to our church. We have choices now! One of them is cool, and the other one is for old people and old souls.” And to dissatisfied current members, it says, “Wait! Don’t leave! You win! You can have church your way now!” Instead of being a “royal waste of time,” as Marva Dawn calls it, it’s a tool to hook unsuspecting entertainment seekers into making some kind of verbal acknowledgment of Jesus and the next building campaign.

But churches that proclaim freedom of choice in worship gatherings would likely lose half of their congregation if one of those choices went away. It becomes about me, what I want, and if that’s not happening, I’m going to take my ball or guitar or hymnal and go home. When this happens, we’ve begun to value comfort and convenience over community and covenant. Frankly, that’s bad worship. We worship because we are a distinct group bound together by the Christian story. What God hath joined together, let no worship “style” put asunder.

3. It’s the primary point of contact between the church and “unbelievers.”

Attracting new converts is not the goal of corporate worship. If it is, it ceases to be Christian worship. Evangelism happens when the church, strengthened by word and sacrament, is sent out into the world as examples of Christ’s love and justice.

In a futile attempt to re-engage the growing segment of non-church attenders, churches have shifted toward a model of separating parents and children on Sunday mornings. Virtually every megachurch or aspiring megachurch schedules their Sundays like this:

This, we’re told, is worship, but it certainly isn’t good worship.

Corporate worship is about gathering together as a community, and not one defined by age or learning level or race or economic status or anything else, other than the call of God on our lives. That’s the beauty of the historic Christian liturgy. Week after week, season after season, year after year, we participate as community in the drama of salvation history. And our children must be a part of that, not just because we want them to stay in church when they’re older, but because it belongs to them now.

When the biggest churches in the country are turning children away at the door, we know something has gone desperately wrong.

5. The performers’ voices are primary, instead of the congregation’s.

Performance worship is bad worship. In many places these days, the congregation’s only job is to sing along, but performance worship doesn’t really require that, either. They use music crafted in the style of commercial performance genres, which doesn’t lend itself well to congregational singing. The band is amplified, and the worship leader and team sings into their mics as if they were giving a performance. The congregation’s voice is ancillary at best, and irrelevant at worst. Performance worship sends the message that their participation doesn’t matter, only their feelings of enjoyment matter. When music mercifully ends, there’s still nothing else for them to do but sit down and veg out.

6. The Eucharist is absent or deemphasized.

Music is the bread and wine of the contemporary church, even though Jesus couldn’t have been more clear than when he said, “Here are my body and blood.” To outsiders the concept of real presence is foolishness. That’s why no megachurch model takes it seriously. But to us, it is special grace, mercy, healing, and preparation for the journey that awaits. To receive it means that we are willing to then be sent out to do dirty work. An entertaining festival of jesusy pop music and a self-help “sermon” carries no such obligation.

7. It’s driven by the worship “industry.”

The industry must engage us on a purely sensory level to find widespread appeal in an entertainment-addicted culture. It must make us feel something on a purely emotional level to be profitable. Of course, the quality of theology, poetry, and music suffers accordingly. And so we trade the beauty of God’s story for the initial excitement of sensory stimulation. Singing love songs to Jesus is not the point of gathered worship. I find Robert Webber’s definition helpful: Worship is doing God’s story.

8. The meaning behind the liturgy isn’t personally and corporately internalized.

Those of us who have come to liturgical worship as adults know full well the freedom and meaning it brings, but the liturgy is meaningless without the faith. Here is a great reader comment from my post, Dear Traditional Worshipers:

People who have been well-catechized and formed in the faith draw spiritual nourishment from the liturgy. The problem with Anglicanism (in the Northern Hemisphere at least) is that the faith has become optional. When you have prelates casting doubt on the Trinity, the Incarnation, the Atonement and Resurrection, and trying to substitute in their place political programs of social reform, then you have a church which has abdicated its primary mission.

The liturgy will only be vibrant and meaningful if orthodox Christian theology is behind it. You may have the resources for a Solemn High Mass with three sacred ministers, a full complement of acolytes, thurifer, and choir, but if the strength of the apostolic faith is lacking it may as well be Shintoism.

It’s become increasingly common for churches to refer to corporate worship as an “experience.” We think we can create a fun, stimulating, emotionally satisfying experience to bring people to Jesus.  In order to do so, we lie. We lie about who we are and where we’ve been. We lie by creating experiences based on popular principles of entertainment. We lie by telling people the pleasure they derive from our experience is an authentic God experience.

And after a while, we begin to believe the lie ourselves. To our great shame, we are completely oblivious to the fact that we’ve become the worst kind of idolators. And instead of disciples, we’ve created a line of idolators following our lead.

By winning them with the experience, we’ve won them to the experience. This is the bottom line of bad worship in the modern church.

It’s time to be honest with ourselves.

It’s time to worship like the church, so that we can actually be the church we’re called to be. 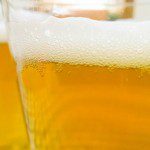 July 24, 2017
Hymns Didn't Come from Drinking Songs: Putting an End to the Myth
Next Post 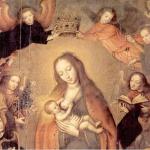 August 17, 2017 Why Would a Megachurch...
Recent Comments
0 | Leave a Comment
"God can use anything to fit his purpose. I’m glad you found strength and encouragement. ..."
Jonathan 6 Reasons to Give Up Listening ..."
"I believe God can and has used nonchristian means to bring about His purposes. With ..."
April 6 Reasons to Give Up Listening ..."
"As you describe them, I can't disagree. But "song leaders" have their place, especially during ..."
Pastor_Alan 6 Reasons We Don’t Need Song ..."
"As a Quaker in the unprogrammed tradition, I could not agree more !"
Alan Drake 6 Reasons We Don’t Need Song ..."
Browse Our Archives
get the latest updates from
Ponder Anew
and the Patheos
Evangelical
Channel
POPULAR AT PATHEOS Evangelical
1

“He refused to be called the...
Cranach
Related posts from Ponder Anew