There Goes the Neighborhood: What I Think About Mark Driscoll’s Move to Patheos 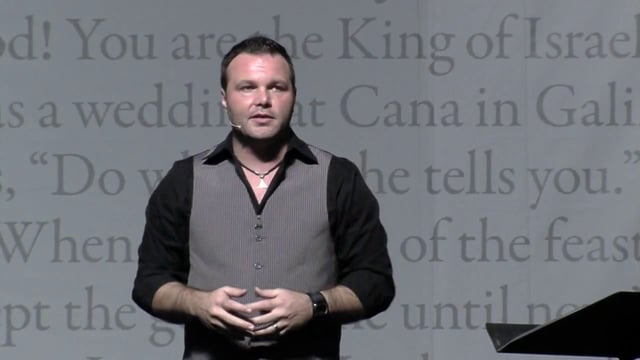 Apparently Mark Driscoll’s blog now has a home in this neighborhood.

This is the Mark Driscoll who built a Seattle megachurch in his own image. “I am the brand,” he was reported to say.

This is the guy who claimed men hated the church because it made Jesus into a “Richard Simmons, hippie queer Christ.” “I cannot worship a guy I can beat up,” he said.

It’s the one who screamed at men in his congregation for mistreating the women in their lives. Then he published a book in which he heartbreakingly and blatantly shamed his own wife because of her own abuse history. What kind of monster would whine about how his spouse’s trauma negatively impacted their sex life? Mark Driscoll, apparently.

Remember the “angry prophet” who referred to wives as “penis homes” for their warrior-king husbands? This is he.

Did you know that if a woman doesn’t try to please her husband visually, she’s partially responsible for his adultery? He said that, too.

This is the dude who said rebellious evangelicals did word studies. No, Pastor Mark. Faithful evangelicals – and faithful Christians of every stripe – do word studies. Because we want to give Holy Scripture the honor and respect it warrants.

Oh, and since I have willingly served churches with female pastors, I must be lacking in the testicular department. So says this barrel-chested, self-anointed “pastor.”

This is the “author” who has apparently never had an original thought.  He’s been caught repeatedly plagiarizing the thoughts of others in his published work.

He used his followers’ tithes and offerings – over $200,000 to be exact – to promote his book, Real Marriage, vaulting it onto the New York Times Bestseller list. Yes, he spent the church’s money to increase his personal paycheck. What should we call that? Theft? Embezzlement? Driscoll only called it a mistake.

He also misdirected designated funds into the Mars Hill general fund, monies that the church eventually had to return.

This is the “pastor” responsible for some of the worst cases of church leadership abuse I’ve ever heard of. Lives were ruined and faith was crushed by this man and the violent power structure he established. Dissenters were ostracized, shamed, and had examples made of themselves and their families. His obsession with defending his own uneasy male dignity led him to belittle and malign everyone who didn’t conform.

And this is the guy who, when church discipline was finally enacted against him for only a few of his bullying ways, sulked, moaned, and cried. He skipped town, pronounced himself fit for ministry, and began building his next empire. Only a year removed from the Mars Hill implosion, a new Cathedral of the Sacred Heart of St. Driscoll began.

“But shouldn’t we forgive?”

Forgiveness is one thing. Stupidity is quite another. Driscoll is not just a guy who made a mistake or two. He is an unrepentant, abusive, self-aggrandizing bully who has only voiced weak, vague, gaslighting strains of apology when his back was truly against the wall. He deserves no more chances to prove himself. Giving him yet another is a slap in the face to those who are still trying to heal from his abuses.

As you might have guessed by now, I’m shocked and appalled that Mark the Cussing Pastor is my newest neighbor here. If his personal history repeats itself, he will turn ours into a neighborhood of make-believe, a space in which he can continue living out his own personal delusions of grandeur.

Let the record show that, though he is now a “colleague” here, I claim no association with him. I flee from his hostile theology. I reject his ministerial philosophy. I abhor his abusive treatment of women and anyone else he perceives to be “weak.” I defy his nasty concept of masculinity.

Most of all, I grieve with those his “ministry” has maimed.

Simply put: I wish we would have all learned our lesson. I wish he would just go away, find another way of supporting his family, and live out his faith in humility and obscurity. Since disordered people rarely go quietly, I will do what I can to hold him accountable.

The bold, unabashed charisma he presents will no doubt continue to win him some followers. He may have to reinvent himself a bit, but make no mistake, he is the same guy. In his world, Mark is the sun into whose orbit we all must fall. When we refuse, when we dare to deny the Driscoll-centric cosmos revolving in his mind, we will see the real Pastor Mark, and things may get ugly. And in the end, he will find a way to make the whole thing look like everyone else’s fault.

That’s what abusers do, after all.

That’s why you shut them out.

You protect yourself and your loved ones.

You do your best to mend what they’ve destroyed.

You don’t give them a platform.

I hope he’s really changed, but I fear he will only continue his legacy of bullying, abuse, and destruction in Jesus’ name.

May God protect and spare us all from his servant, Mark Driscoll. 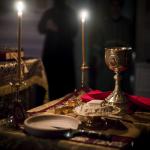 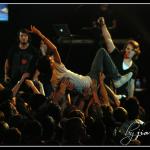