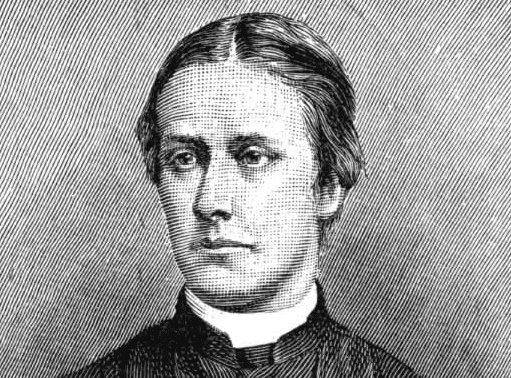 The war against the once-beloved “Onward, Christian Soldiers” is decades old, now.

When the United Methodist Church was in the process of revising its hymnal in the mid-80s, it made the mistake of trying to drop this hymn from what would soon become the current United Methodist Hymnal. Well, good Methodists, and Methodists tend to be good people, started a war of their own, essentially inundating the hymnal committee with correspondence which, according to Carlton Young, made it “impossible for the committee to go on with its work.”

Good for those lovely Methodist saints.

Other denominations have long-since dropped it like a hot potato. “Onward” hasn’t been in a mainline Presbyterian hymnal for 50 years. Other traditions still have it in their hymnals, like the Episcopal church, but I would guess that few Episcopal churches would use it, lest they make those among them with little Scripture knowledge uncomfortable.

On the one hand, I understand how the militaristic language can be difficult. It can be a bit jarring, and does tend to make people uncomfortable, especially when held up against the backdrop Church history (eek! crusades!).

On the other hand, one of the biggest problems with this line of thinking is that it tends to make things harder than they need to be. Seriously, anyone with a basic understanding of Christian theology knows that this hymn is not a call to violence against other image-bearers. It is not a call to militaristic action. It is not support for British or American imperialism in the least. For goodness sake, this hymn was written for children to sing

One of the scriptures behind the hymn text is clear: our battle is not against people.

For we wrestle not against flesh and blood, but against principalities, against powers, against the rulers of the darkness of this world, against spiritual wickedness in high places.

Another thing this hymn gets exactly right is the nature of the Christian life. As another hymn text states it, “the peace of God, it is no peace / but strife closed in the sod.” The call of serve Jesus is not a call to our best life now. It’s a call that, when taken up, has cost many their very lives, and we should be willing to give all of ourselves to the Gospel.

One article I read put it this way:

“When Christians forget they are part of something bigger – a kingdom that is strongly resisted by the existing powers of the world – they begin to value comfort above usefulness and security above courage. The Christians who have made a difference in the world – who have cured diseases, cared for the poor, freed slaves, and ended wars – were not people who valued comfort above kingdom. Nor are they today.

That’s why those old hymns still have a place.”

This is the hymn of a unified church – or a church that earnestly prays for healing and strength – to march on as God’s church militant on earth, relying on Christ with boldness of faith and courageous action.

I will readily admit that I got this one wrong, even briefly writing about it in a post a number of years ago. But I was simply making the whole thing too hard. There is no harm found in this hymn. In fact, when the church of Jesus faces the darkest of hours, the truth in the lines of “Onward, Christian Soldiers” can offer strength and courage as few other hymns can.

So let’s stop making this harder than it needs to be. 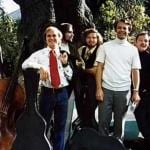 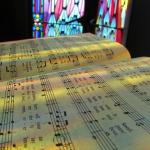 June 19, 2020 7 Reasons Churches Should Still Be Using Hymnals During COVID-19
Recent Comments
0 | Leave a Comment
"Thank you for your comment. I understand your concern about children comprehending. I’m happy for ..."
Jonathan What Do I Want My Kids ..."
"Christmas Day services, any day of the week, can be wonderful. A few years ago, ..."
Aphidman 6 Reasons Not to Cancel Church ..."
"Thank you for this article. As the director of music of our parish, it is ..."
Christopher Parker What Do I Want My Kids ..."
"I have been reflecting on Jonathan's comment about there being no eulogy for her late ..."
Christopher Parker Let’s Make Eulogies a Thing of ..."
Browse Our Archives
Related posts from Ponder Anew