Hymns of Faith and Hope: They Cast Their Nets in Galilee

Hymns of Faith and Hope: They Cast Their Nets in Galilee January 25, 2021 Jonathan Aigner 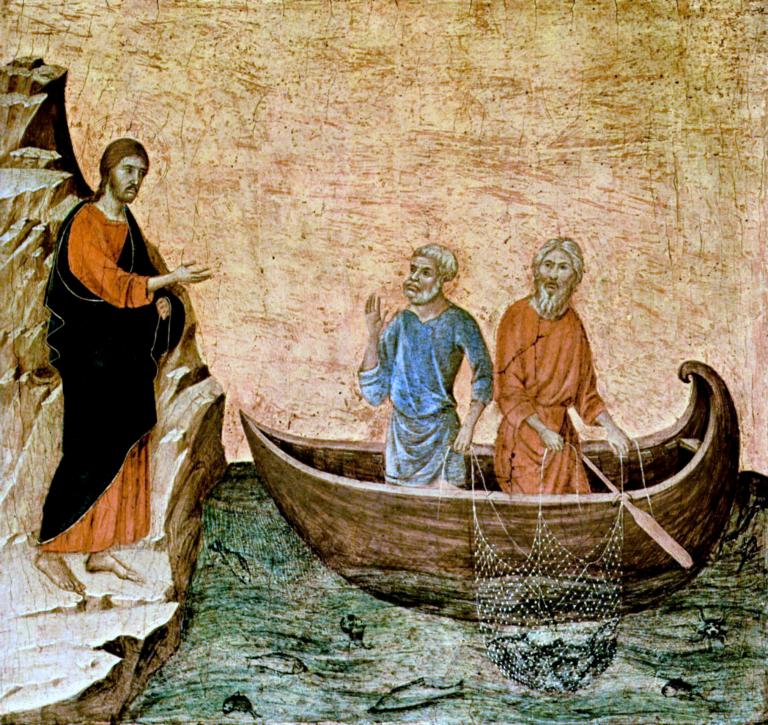 When I begin a new church post, I like to ask my new colleagues what their favorite hymns are. I’ve been serving churches professionally in one way or another since I was 17, I grew up in the church, and I’m something of an amateur hymnologist, so I’m not often stumped by their answers. But the most recent time I asked this question, my senior pastor threw me a curveball. “They Cast Their Nets in Galilee” was his answer. I had never heard of this hymn in my life, but I’m glad he made the introduction.

According to the Hymnary website, it’s only ever been included in six hymnals, including the 1940 and 1982 Episcopal hymnals, and the 1955 Presbyterian Hymnbook. William Alexander Percy was a lawyer and poet, and son of LeRoy Percy, a U.S. Senator from Mississippi.

If you listen to a lot of pastors and preachers, particularly those with a large media presence, you might get the idea that the Christian life is one of ease and bliss. Admittedly, much Christian music from the past few decades has given that same impression. Not so this hymn. It is a stark and ominous reminder that the call of the gospel is not to prosperity and happiness, but to a life of obedience at any cost. In that journey, yes, Jesus gives his peace, but not the kind of peace that means the absence of disruption or conflict. This peace is the power and presence of Almighty God that will be with God’s people in the best of times and the very worst of times.

Take a look at stanza three:

Young John who trimmed the flapping sail,
Homeless, in Patmos died.
Peter, who hauled the teeming net,
Head down was crucified.

John and Peter appear in this week’s gospel lesson. They were contented fishermen, minding their own business, when Jesus called to them, “Follow me.” So they did, and it cost them their lives. In fact, of the 11 disciples who remained faithful to Jesus, the only one who wasn’t martyred outright was John, who was burned in oil and banished to an island. While I pray none of us experience a similar fate, this hymn reminds us that the call of the gospel requires an all-encompassing commitment. As Dietrich Bonhoeffer, wrote, “When Christ calls a man, he bids him come and die.” The words of Percy’s last stanza resonate accordingly: “The peace of God, it is no peace.”

But God’s peace gives us something better: the knowledge that we abide in his promises in this life and the next.

They cast their nets in Galilee
Just off the hills of brown;
Such happy, simple fisher-folk,
Before the Lord came down.

Contented, peaceful fishermen,
Before they ever knew
The peace of God that filled their hearts
Brimful, and broke them too.

Young John who trimmed the flapping sail,
Homeless, in Patmos died.
Peter, who hauled the teeming net,
Head down was crucified.

The peace of God, it is no peace,
But strife closed in the sod.
Yet, brothers, pray for but one thing–
The marvelous peace of God. 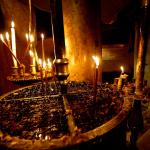 January 6, 2021
Hymns of Faith and Hope: Brightest and Best of the Sons of the Morning
Next Post

January 27, 2021 Another Reason for Getting Rid of Screens in Church: The Posture of Worship
Recent Comments
0 | Leave a Comment
Browse Our Archives
get the latest from
Ponder Anew
Sign up for our newsletter
POPULAR AT PATHEOS Evangelical
1

Evangelical
Hymns of Faith and Hope: As with Gladness...
Ponder Anew
TRENDING AT PATHEOS Evangelical