Want People Back in the Pews? Try Transcendence over Relevance 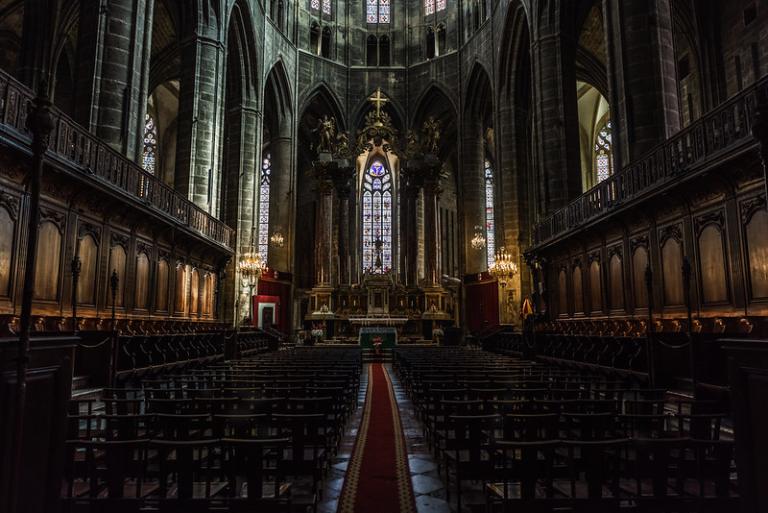 It’s true that with enough money and marketing you can attract people, at least for a time. The continued persistence of the megachurch movement is evidence of this. But what is missed in their numbers is the farce of the whole thing. The complete and total disconnect with the history of the church. The shows they produce and claim to be “worship.” The nearly constant turnover in the bulk of their numbers. The way their constant pursuit of relevance has earned them increasing cultural irrelevance.

But what is the alternative? Churches that have taken to pursuing social and political causes, exchanging the truth of the gospel for what is essentially a works-based pseudo gospel that makes Jesus a chaplain-mascot alongside our own efforts to be nice and thoroughly inoffensive. These churches generally have some semblance of liturgy, but it is usually made up of ad hoc platitudes about being better and doing better. These churches are shrinking even faster because their message is self-defeating, and they have no cool experiences to offer.

I’ve mentioned before that I feel caught in the middle. I know a lot of other people who do, too.

But there is another way, one that worships in the Christian tradition with liturgy that points people to an Almighty God, and a Savior that has made a way for us to be reconciled to him. Worship that is transcendent, in which people attending feel as if they’ve walked into a different world. And some of these churches are growing.

Here is a comment from my friend Mike on one of my recent posts:

In most churches there are some people who remember what hymn singing was and what it can be if given half a chance. I’ve been a church musician for more than fifty years. I learned to sing in church on a lucky pilgrimage beginning with historic Lutheran hymns, then revival era four part harmony, black gospel, Handel, Mozart, Bach, and Catholic liturgy. Now, weary of the PC politics and gender madness of mainline Protestantism, my wife and I opted for an Anglican liturgical church without nagging identity politics but with guitars and song leaders instead of organ music. We like everybody, even the amplified song leaders. There are enough others interested in four part hymns that we can occasionally organize a small choir. We did Advent hymns until Christmas and will persist through Epiphany. The growth in this church is amazing with young parents and children, many of whom came to the Anglican liturgy from Evangelical overload and impending deafness. The historic church triumphant is not lost in the midst of cultural decadence. People who crave inclusion in transcendent worship get it when they experience it. Beginning January 2022 we will be assembling in a shared sanctuary with an organ. We have at least two people who can play it. Stay tuned…

If there is a long-term future of the church in this country, this is it. A church with orthodox theology that worships in the historical and biblical tradition. Where the Word is rightly preached and the Sacraments rightly administered.

People, a church that follows the trends will ultimately exhaust itself. You can only run that race for so long. The church growth movement is nothing more than the last gasps of a dying institution. The whole exercise would be humorous if it wasn’t so tragic.

On the other hand, a church that lives by good works will die. That way is shut. Jesus is the only way to be reconciled to God. Woe to us if we preach meaningless platitudes and not Christ. The crumbling Protestant traditions that do this week after week are ultimately doomed.

As Mike puts it, “Screwtape and his cohorts must be gleeful at the choice they’ve left Christians between PC church and deafness.”

When you offer transcendence in worship, you offer something that is truly an alternative to the patterns of a fallen world. If you merely try to give them more of the culture, there is nothing there for them. You are simply marketing yourself into irrelevance.

Maybe one day church leaders will see this, too. Until then, maybe it’s time to start looking for a church that follows this other way. 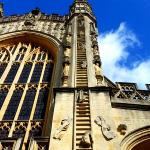 December 30, 2021
12 Ways to Revive Congregational Singing as We Emerge from Covidtide
Next Post 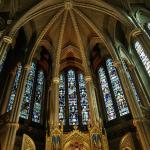