What I Don’t Want My Kids to Sing: Hymns I Try to Avoid 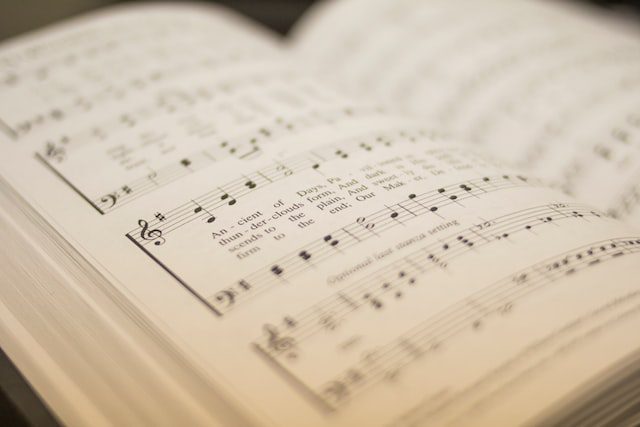 Here is a follow-up to my last post about the hymns I want my children to learn. There are some hymns that I try to avoid as much as possible.

There are some hymns, like “There Is a Fountain” that essentially use this format as a vehicle for proclaiming the gospel. But there are many, many others, mostly in the gospel hymns category that use flowery language to cook up some sort of ultra-dramatic, sappy account of a conversion story. There is actually very little substance, and one might get the impression from these texts that Jesus came into my life in order to make me happy and carefree. Of course, people who grew up singing these (like I did, in Baptistland) tend to be sentimentally attached to them. I get it.

One of my earliest church memories is sitting next to my grandfather, hearing his weathered voice singing “Jesus, Jesus, Jesus, sweetest name I know.” But I try not to use these hymns too often, lest they take the place of others with more substance. Another example is the Katherine Hankey gospel hymn, “I Love to Tell the Story.” Listen, I’m glad you love to tell the story, but this hymn says abosolutely nothing about the actual story. So maybe pick something else.

Not every hymn has to be a masterpiece, but there are a bunch of hymns, predominantly more modern ones, that sound like they were written as a junior high creative writing assignment. Last time I mentioned one of these hymns specifically, the writer’s husband scolded me via email, so I’ll refrain here. But beautiful liturgy needs beautiful words. Haphazard rhymes and good intentions aren’t enough. A hymn should be full of powerful imagery, nuance, and intentional word choices.

Hymns With a High Anthropology

These are the opposite of those low anthropology hymns I talked about the other day. The “reach for the stars”  or “change your world” hymns. Hymns that have too high a view of human capacity. Hymns that subtly confess the sins of other people and groups.

Hymns With a Political Agenda

If your hymn uses the word “legislation,” it’s not a good hymn. Let’s start there.

There are a couple of hymnwriters who, God love them, every time something tragic happens, they write a hymn about it. The hymns are manically posted online and shared about by excited mainline pastors church musicians as being the perfect hymn for the following Sunday. The whole process reminds me of those who try to bid one dollar on The Price Is Right. Unfortunately, these hymns are usually rife with a coercive political agenda. If in response to an act of gun violence, the text with use words like “guns,” “weapons,” “laws,” and, yes, “legislation.” Similar buzzwords are found in hymns about immigration, climate issues, and so forth.

There is a time and place to discuss the intersection of Christian faith with politics and public policy. With extremely rare exception, that place in not in a service of Christian worship. In another venue, certainly, maybe even elsewhere on the church campus and at another time, but worship is about proclaiming the gospel. Capitalizing on the pain and suffering of others and imposing ones own political beliefs as if they are the only rational solution, and forcing the congregation to sing them as if they are their own, is in poor taste.

People talk a lot about hymns with bad theology. It’s a common trope of pop worship apologists in defending the fact that most pop worship songs are sorely lacking in any theological substance. “Some hymns have bad theology, too.” In my experience, they are usually referring to one of two specific subgroups of hymns, the aforementioned gospel hymns, or newer hymns.

Hymns That Are Stuck in a Particular Time

In my opinion, there is nothing worse than a hymn that is so connected to a particular place and time that it wouldn’t make sense elsewhere, or would seem laughably dated and quaint. One of the classics (classicly bad) hymns from this category would be 1970s “God of Earth and Outer Space.”

God of earth and outer space, God of love and God of grace
Bless the astronauts who fly, As they soar beyond the sky
God who flung the stars in space, God who set the sun ablaze,
Fling the spacecraft thro the air, Let man know your presence there.

That’s one of those hymns the youth laugh about if they ever crack open a hymnal. Hymns are better suited to conveying the unchanging truths of the Christian story than trying to capture particular moments in time. No matter how significant such texts seem at the time, they end up essentially becoming disposable.

Hymns That Are Not Identifiably Christian

There are a lot of these, especially newer hymns. Some of them might also be included in other categories. Some of them aren’t hymns at all. How “Let There Be Peace on Earth” found its way into the United Methodist Hymnal should be a great mystery to us all. Some of them might mention “God” but from the rest of the text there’s no indication they’re talking about the Christian God. Some mention Jesus, but merely as a chaplain-mascot to their political agenda.

October 4, 2022 6 Reasons Not to Cancel Church on Christmas
Recent Comments
0 | Leave a Comment
"Very nice article and tribute, thank you."
M_Hawke His Name Was Jon Daker, and ..."
"Isn't it odd that no one recorded the date of Jesus' birth? As I'm sure ..."
Gary M 6 Reasons Not to Cancel Church ..."
"Yep. I went through most of my hymnals looking for citations, including the more recently ..."
Mike Stidham Pop Music Doesn’t Belong in the ..."
"As a health professional, the sheer decibel level is damaging; as a thinking person the ..."
Susan Massey Pop Music Doesn’t Belong in the ..."
Browse Our Archives
Related posts from Ponder Anew 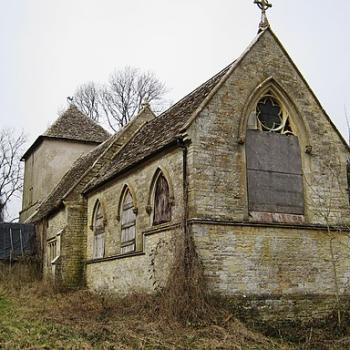 Want to overcome poverty and racial injustice? Change...
In July-December of 2021, I made a series of 19 posts on...
view all Evangelical blogs
What Are Your Thoughts?leave a comment