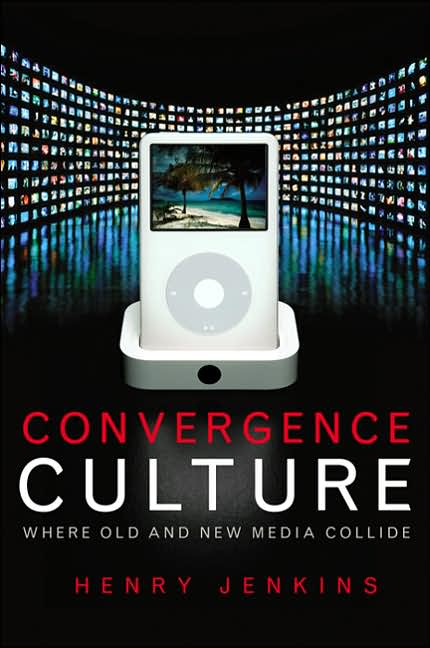 Traditionally speaking, most serious scholars would scoff at the idea of turning to popular culture for lessons in political discourse, religious consciousness, or educational formation. Yet this is just what Henry Jenkins, a professor of humanities and the founder and director of the Comparative Media Studies Program at MIT, has done in his recent book, Convergence Culture: Where Old and New Media Collide. The result is a wildly entertaining and eye-opening read that will forever change the way you view pop culture. It is simultaneously a direct challenge for all would-be educators to revolutionize their practices and for all of us to become more informed, proactive consumers and citizens.

Jenkins is not so much concerned with new technology (iPods, video phones, etc) as much as he is with how they affect the ways in which we interact with media (songs, stories, films, etc). He terms consumer interaction with, or appropriation of, media, popular culture (something of a departure from a more traditional understanding of popular culture as the media itself). He claims, “This book is about the relationship between three concepts–media convergence, participatory culture, and collective intelligence” (2). Convergence is “the flow of content across multiple media platforms, the cooperation between multiple media industries, and the migratory behavior of media audiences who will go almost anywhere in search of the kinds of entertainment experiences they want” (2). Participatory culture does away with antique ideas about passive spectatorship and embraces the notion that consumers are increasingly more involved with producers in ways they do not yet fully realize (3). Collective intelligence is just what it sounds like. Jenkins writes, “Because there is more information on any given topic than anyone can store in their head, there is an added incentive for us to talk among ourselves aobut the media we consume” (4).

He explores six case studies of fan interaction with contemporary media: spoiler communities around the Survivor reality TV series, American Idol audiences, The Matrix as transmedia storytelling, Star Wars fan-created films, Harry Potter fans who write their own stories based on J.K. Rowling’s world, and Sims players who blur the boundary between digital and real world politics. In each of these cases, he outlines the legal disputes between producers and consumers (appropriators). His first two case studies especially reveal fascinating information into the future of marketing and programming in which consumers potentially have increasing control over what is created, aired, or distributed.

Unfortunately, Jenkin’s weakest component of his book involves what I had hoped would have been the strongest. In his discussion of the controversy surrounding fan-created Harry Potter stories, he introduces the implications that convergence culture holds for religious 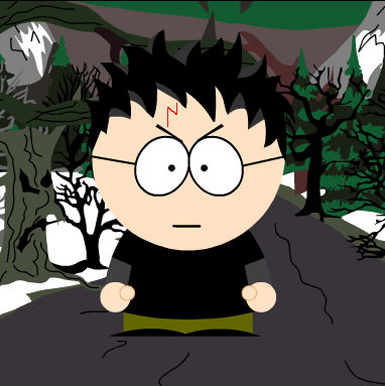 communities. Here, he simply re-hashes the argument within Christian circles concerning the appropriateness of Harry Potter for young Christian readers: do they ban it altogether or appropriate it to highlight and teach Christian principles? His discussion of young Harry Potter fans joining together in on-line communities to not only critique each others’ writing but to ban together to fight Warner Brothers’ attempts to quiet them is cerainly inspiring. However, we can imagine what these “knowledge communities,” about which I will say more below, could mean for theological dialogue, spiritual reflection, or scriptural interpretation. If knowledge is now found in community, what role do scripture, ministers, or educators now play? His interest in participatory culture, how consumers influence producers, has great implications for church life as well.

Yet Jenkins’ discussion of Harry Potter also shows his greatest strength and perhaps the greatest potential of convergence culture. In his discussion of Survivor, Jenkins reveals the spoiler community, thousands of avid fans who form relationships on-line in order to find out locations and winners of upcoming seasons. Recognizing their limited personal knowledge, they join to form knowledge communities whose collective knowledge, while not limitless, certainly seems so.

Whether spoiling Survivor or critiquing Harry Potter fan fiction, Jenkins argues that countless individuals, especially children and teenagers, are becoming parts of these diverse communities. Therefore, “kids” have access to a wealth of information that directly influences not only the way they interact with one another and popular media, but how they can or want to learn in the classroom. The implications for educators are limitless as these kids bring a wealth of information into the classroom that only grows as they progress to higher levels of education. As if we needed any more proof, convergence culture is fossilizing the “empty vessel” approach to education that sees educators as wise elders who fill up their pupils with valuable information. Yet Jenkins is keen to point out that our educational systems, for the most part, still cling to this outdated method. A change must be on the horizon.

Jenkins’ discussion of our engagement with popular culture as beneficial to our everyday existence is especially relevant for educational theory. He argues:

[…Few] of us simply interact in political communities; most of us also join communities on the basis of our recreational interests. Many of us are fans of one or another form of popular cultur. Popular culture allows us to entertain alternative framings in part because the stakes are lower, because our viewing commitments don’t carry the same weight as our choices at the ballot box. Our willingness to step outside ideological enclaves may be greatest when we are talking about what kind of person Harry Potter is going to grow up to be or what kind of world will emerge as the machines and humans learn to work together in The Matrix (1999). That is, we may be able to talk across our differences if we find commonalities through our fantasies. This is in the end another reason why popular culture matters politically–because it doesn’t seem to be about politics at all. (249)

Moreover, he adds that what people learn through spoiling Survivor or remaking Star Wars films may quickly be applied to political activism, education, or the workplace.

In the end, Jenkins calls himself a “critical utopian.” As such, he wants to “identify the possibilities within our culture that might lead toward a better, more just society […and] to look for and promote unrealized potentials rather than reject out of hand anything that doesn’t rise to my standards” (247). Jenkins’ book is not only an encouragement to adapt in the face of convergence culture but a call to use media in the classroom as well. From such a thoughtful, insightful author, this is a welcome invitation indeed.